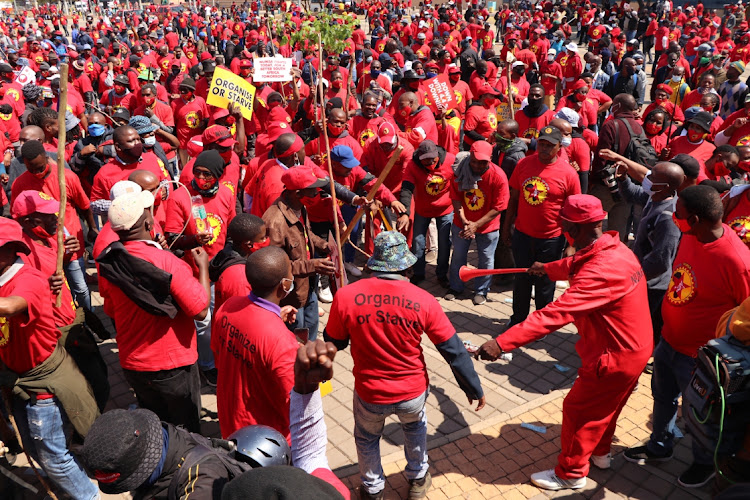 Thousands of Numsa members protesting outside the offices of the Metals and Engineering Industries Bargaining Council in the Johannesburg CBD. File image: SOLOMZI NDLOVU

Ayabonga Cawe (“Why Numsa is justified in turning down 6% offer”, October 17) is mistaken about the effect of the commodity rally on SA steel manufacturers.

The flawed assumption he makes is that the increase in the iron ore price and steel favours steel manufacturers and therefore that the National Union of Metalworkers of SA (Numsa) is justified in rejecting the 6% wage increase proposed by the Steel and Engineering Industries Federation of Southern Africa (Seifsa).

This is incorrect, as SA steel manufacturers use the commodity in their production process to produce steel products. It therefore forms part of their input costs, and an increase in the price of steel is actually unfavourable and negatively affects them, given that not all steel enterprises are able to pass the increases on to consumers.

On top of the increased input costs are other factors such as the decline in Eskom’s electricity generation, which results in load-shedding, and an economy that shows no prospect of delivering significant levels of growth.

The three-week wage strike by Numsa has had a destructive effect on the steel manufacturing industry, particularly for small and medium enterprises. These will be the enterprises that will be unable to bear the brunt of the wage settlements between Numsa and Seifsa. The consequence of this will be the loss of thousands of jobs in an economy that already has a weak labour market.