While the MTBPS may look great on paper, and the minister may have impressed the markets by saying all the right things, the budget ultimately lacks credibility 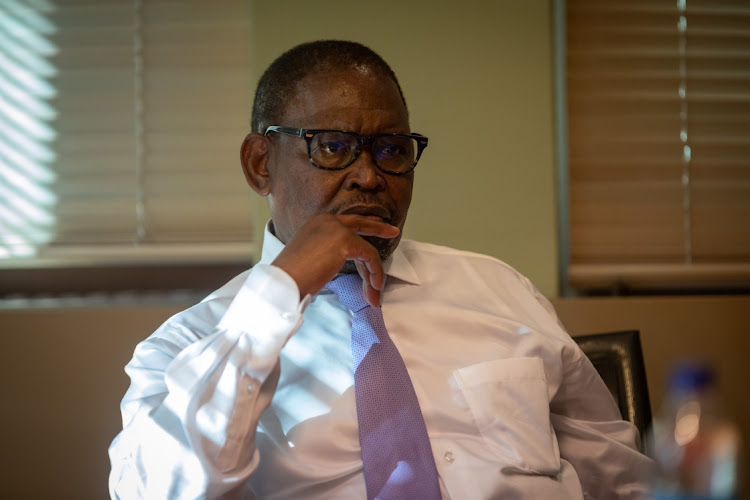 New finance minister Enoch Godongwana has presented an ambitious medium-term budget that sends out a strong signal that the National Treasury remains wedded to fiscal consolidation and will resist populist pressure that distracts it from its goal of debt stabilisation.

How credible the budget is depends on the co-operation he receives from the rest of the government. Certainly, there is considerable implementation risk, not least because the budget fails to allow for further bailouts to state-owned entities (SOEs), or for a step-up in welfare spending, or for inflation-related salary increases for public servants – any one of which could upend its neatly laid plans.

Even so, SA’s near-term fiscal position looks much better than it did in February thanks to a R120bn revenue overrun courtesy of a strongly rebounding economy on the back of an unexpected commodity boom.

Though the Treasury expects the boom to taper off, revenue spillovers will linger over the medium term, allowing it to ease the pace of fiscal consolidation slightly while still showing a considerably better deficit and debt trajectory than anticipated earlier this year.

This has given SA some fiscal breathing space, but despite the clamour from civil society for the government to increase social protection (by, at a minimum, extending the life of the R350 a month special Covid grant at R40bn a year) the Treasury has not taken the bait.

Though it hasn’t ruled out an extension of the grant beyond its March 2022 expiry date, since this is a decision for the whole of cabinet, it has taken a principled stance against unsustainable spending.

The reason is simple: SA has a massive debt hangover after running large budget deficits for the past decade. Over the next three years, the government will pay more in debt servicing costs (averaging 21c of every rand of revenue collected) than it will spend on health or social development.

Not only is this crowding out productive expenditure, but as global borrowing conditions sour in the aftermath of the pandemic, issuing new debt is also poised to become more expensive. Unless SA starts running primary surpluses (where revenue is higher than noninterest spending), the debt ratio will keep climbing towards 100%, inviting a host of negative consequences.

SA’s fiscal plan is to post its first primary surplus in 15 years by 2024/2025, supported by accelerated structural reform that unlocks private sector investment and job creation, and by restraining spending growth to just 1.7% a year.

This is a big ask.

“Look, we’re in a difficult situation,” Godongwana conceded in a pre-budget press briefing. “I don’t underestimate the challenge of dealing with the fiscal trajectory we have but … we’re getting there … we think we’re equal to the task.”

He is emphatic that the government’s commitment to fiscal sustainability remains “unflinching”. But accelerating economic reforms is equally important, he says, since both are necessary to achieving faster long-run growth.

First, it warns that SA’s public finances are in a “weakened state” and that a series of shocks over the past few years – including the “near collapse” of Eskom, the pandemic and the July unrest – have “virtually eliminated” SA’s fiscal space.

It also notes that fiscal risks have risen. Indeed, some of those previously identified have materialised, including the government’s inability to tame the public sector wage bill and the continued deterioration in the financial state of many SOEs and municipalities.

Second, it considers the revenue windfall to be temporary and is unapologetic in asserting that, as a matter of principle, the government will not commit to new long-term spending in response.

Proposals to expand the social protection system must meet the test of sustainability and effectiveness or will represent a significant risk to the fiscus, it argues. This means any new grant must be fully and appropriately financed, but also evaluated against existing priorities that remain unfunded, especially in the areas of education and health care.

“Critical to the fiscal path we have chosen is the need to be clear and unambiguous on the trade-offs we are willing to make as a nation,” said Godongwana in his budget speech. “We cannot have everything we want at the same time.”

This is the key lesson that has persistently evaded the government. And it will continue to do so as long as it remains politically fraught for President Cyril Ramaphosa to disappoint key constituencies – something that has only become more difficult following the ANC’s election drubbing.

So, while the MTBPS may look great on paper, and the minister may have impressed the markets by saying all the right things, the budget ultimately lacks credibility as a three-year plan because of the huge implementation risks tied to SA’s political cycle.

Nobody doubts the Treasury’s resolve, but it hasn’t been enough in the past to prevent debt from climbing relentlessly. Nothing suggests that this is about to change.

However, finance minister Enoch Godongwana has warned that the tax bonanza will be temporary
Economy
9 months ago

Finance minister Godongwana stresses need to strive for policy coherence and for state to intervene in economy to enhance growth, not inhibit it
National
9 months ago

In terms of the numbers and tone of finance minister’s speech, there is very little not to like
Opinion
9 months ago
Next Article

Basic income grant decision to be made in February

WATCH: What Godongwana said in his maiden medium-term budget

HILARY JOFFE: Godongwana’s credible budget will be tested by tough decisions he ...

Basic income grant decision to be made in February

WATCH: What Godongwana said in his maiden medium-term budget

HILARY JOFFE: Godongwana’s credible budget will be tested by tough decisions he ...