In terms of the numbers and tone of finance minister’s speech, there is very little not to like 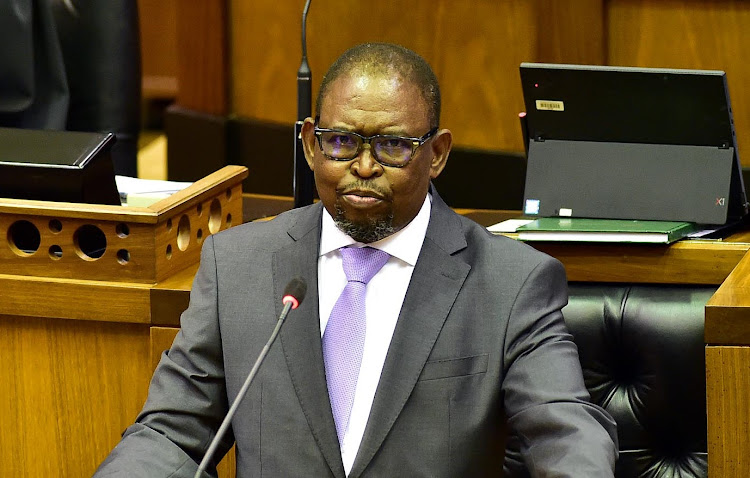 It was more than a month before he became finance minister that Enoch Godongwana wrote in Business Day that he did not favour easy fixes.

Just as the debate about a basic income grant was heating up, he declared that the design of income-support measures must be temporary and emphasised the need for a competitive economy that creates jobs. He was then writing in his capacity as the ANC’s head of economic transformation, and the message has not changed much, if at all.

No surprises then that his medium-term budget policy statement was benign and largely stuck to the script written by his predecessor, Tito Mboweni. The markets took it well, with the rand extending its gains on the day to as much as 1.4%, while bond yields, which move inversely to the price, dropped, helped by the forecast of lower government borrowing.

In terms of the numbers and the tone of the speech, there is very little not to like. A commodities boom boosted tax collection by just over R120bn, compared with what was forecast in February.

A budget deficit of just over 7.8% would have been regarded as a disaster before 2020. But in the immediate aftermath of the Covid-19 outbreak, SA was told to brace for much worse than that.

When the government previously forecast that the ratio would peak at just more than 87% in 2023/2024, few analysts believed it, and more credit ratings downgrades were seen as inevitable. Members of President Cyril Ramaphosa’s Economic Advisory Council might now be embarrassed to be reminded that they advised the government to aim for a figure close to 100%.

A lot of credit is due to the country’s mining companies, who have partially dug the government out of a big hole. Godongwana gets credit for acknowledging that they will not always be there to do that and that this windfall is most likely a one-off and therefore no basis to make new and permanent spending commitments.

He pushed back against accusations that the budget framework is anti-poor, pointing out that close to 60% of non-interest expenditure goes to what he referred to as the “social wage” bill, consisting of items such as health, housing, education and social protection. For SA, the problem has rarely been about a lack of funds allocated in the budget, but rather with implementation and getting value for those rands.

In a country of 60-million people, having almost half of them —  27.8-million to be exact — on grants is not something that should be celebrated. It is unsustainable, except in the eyes of those who believe in fantasy economics where SA can grow itself into prosperity by borrowing and printing more money.

The focus on growing the economy and creating wealth is the correct approach. The Treasury gets this and once again it listed a number of structural reforms that are needed to get the economy growing. The average GDP growth of just under 2% expected from the next two years is just not enough. But does the rest of government get that, and will the long promised reforms materialise?

That is one issue on which the credibility of the medium-term policy falls. And the promise to turn the taps off for failing state-owned enterprises is also not one that can be taken too seriously, if history is to be any sort of guide.

The public-sector wage settlement, which breached the budget ceiling and was eventually funded from new money rather than the reprioritisation proposed by Mboweni, is a case in point. And there are more tough negotiations to come.

For now, the markets have shown themselves happy to give Godongwana the benefit of the doubt. To us, it looks like there is still too much implementation risk despite the minister making all the right noises.

Finance minister outlines the government's spending priorities, with the focus on continuity and stability in post-Covid recovery
Economy
9 months ago

HILARY JOFFE: Godongwana’s credible budget will be tested by tough decisions he makes

The finance minister has come up with reasonable proposals, but markets will be convinced only by consistent application, writes Hilary Joffe
Opinion
9 months ago