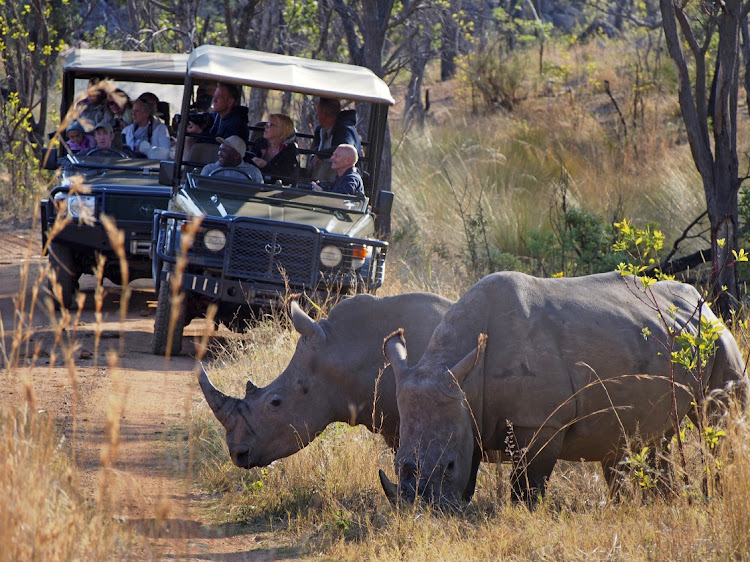 In December 2019, Warren Buffett sold his company’s interests in four airlines. In doing so, he avoided the avalanche that hit the tourism industry two months later.

Hosken Consolidated Investments (HCI) had “no such brilliance”, says CEO Johnny Copelyn. The investment group, whose main assets are hotels and casinos, has been “lambasted by the Covid-19 tsunami” and is forced to give up the gains it has made in the past 15 years, Copelyn says in its annual report published last week.

Unlike Buffett, Copelyn says HCI missed the significance of the arrival of Covid-19 until it resulted in the complete closure of its primary businesses.

“We missed the key risk in the whole debate, namely that a devastating pandemic might shut down the entirety of Tsogo Sun’s businesses, from hotels through gaming, and turn it from being the reliable producer of well over R1bn a year in profits to one that would be unable to receive a single paying guest in the 18,800-bed facilities that it owns or manages, nor accept a single bet on its more than 19,300 gaming machines.”

On Monday Stats SA released the most recent data on the tourism sector, showing unprecedented declines. Total income from the tourist accommodation industry (including restaurant and bar sales) dropped by 88.3% year on year in July, following unparalleled declines of 97.9% in May and 95% in June.

Based on estimates from SA Tourism CEO Sisa Ntshona, it could take between 24 and 30 months for tourism activity to recover to levels recorded in 2019. Not even Buffett could have foretold the extent of this carnage.

Voices on the ground

Last week Time magazine spoke to Kayla Wilkens, the manager of Fairy Glen safari resort near Worcester in the Western Cape. Without income from tourists, Wilkens was left with the devastating question: how would she feed her elephants, lions and rhinos?

Wilkens and reserve owner Pieter de Jager mapped out a plan: if they gave up their own salaries, laid off all but two of their 30 staff, stopped the security patrols and put off repairs, they just might make it a couple of months. Her entire life savings would buy them enough food and supplies for a further month, if they didn’t need to bring in the vet.

“We had to force ourselves to think about maybe having to put down our animals rather than let them starve to death,” Wilkens said.

Will the drop to alert level 1 of lockdown save businesses such as Fairy Glen?

Unfortunately, 90% of this reserve’s paying visitors come from abroad, and they cover 100% of its running costs. International travel may resume from October 1, but it is expected to begin with only a trickle.

A survey of 312 tour operators in Southern and East Africa conducted by the safari travel platform Safaribookings.com shows no change in the number of bookings. Over 90% of operators surveyed in September experienced a drop of 75% or more in income. That trend is consistent for the past six months.

The Time story highlights the difficulty that reserves face just to keep their animals alive. In the short term, it says, veterinary care, endangered species rehabilitation programmes and community education efforts have been curtailed. But if tourism numbers don’t pick up, the temptation will be to convert some into more lucrative enterprises, such as oil extraction, logging, mining or agriculture.

But the pandemic is also forcing tourism establishments to start thinking differently about their clientele.

AP quotes Jillian Blackbeard, the CEO of a tourism body that represents safari operators in Botswana, Namibia, Zambia and Zimbabwe. For too long, Africa’s safari industry has relied on one kind of client: white, elderly, North American or European. But retirees will be particularly reluctant to travel soon, because of their age and vulnerability to Covid-19.

She is pressing for the region to attract African tourists, and to look more at Asian markets, at multigenerational travellers, and at black Americans.

However, with a hammered local and global economy and a hesitant travelling class, changes such as these won’t be the balm that the tourism industry so desperately needs.

Instead, a drive to increase domestic tourism may just be one of the best ways to revive such an important sector of SA’s economy.

With alert level 1 under way, South Africa has endured trials and tribulations since the beginning of the national lockdown. TimesLIVE sat down with vaccinology and infectious disease expert Prof Shabir Madhi from Wits University, who shed some light on what could be next for the country, and a few lessons learnt along the way. He gives an update on the vaccine trial and considers the possibilities of a second wave of infection, warning that the country is not yet out of the woods.

Vaccines, and any new treatment for the disease, are not likely to mean an immediate and straightforward end to all the effects brought about by the ...
Opinion
9 months ago

Covid-19 regulations have given them an opportunity to push the boundaries of the legality, and sometimes the acceptability, of their actions
Opinion
9 months ago

RAZINA MUNSHI: Will rogue ANC members be sent to the naughty corner?

South Africans seem to have shrugged off Cyril Ramaphosa’s letter as a cosmetic move that does nothing to mask the role the ruling party played in ...
Opinion
9 months ago
Next Article

By the numbers: Covid-19 projections

Safari tourism on brink of extinction as insurers and government fiddle

By the numbers: Covid-19 projections

Safari tourism on brink of extinction as insurers and government fiddle