Electricity supply to Soweto has long been a problem, even after the installation of prepaid meters 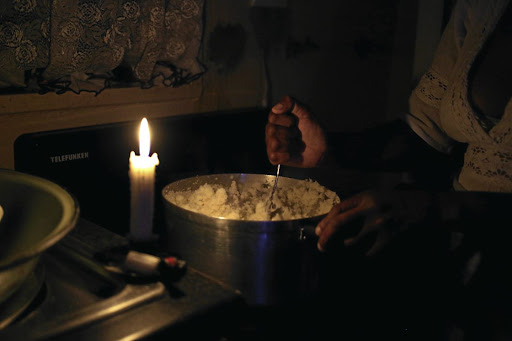 Blackout: These days, you can pay for your power and still not get it. Picture: Reuters/Siphiwe Sibeko

In the dying days of the unlamented old regime, Eskom was installing prepaid electricity meters in a swath of township homes.

While the project had a certain feel-good PR value — after all, what could be nobler than bringing electricity to millions of people who, 100 years after the first electric lights went on in Kimberley in 1882, still lived by the faint glow cast by candles and hurricane lamps? — the main driver was more prosaic.

Unless people paid for their power in advance, the lights would stay off. No more hassling with the ripple effects of civil disobedience that included not paying the apartheid state’s utility bills.

These days, as anyone with a prepaid meter knows, you can pay for your power and still not get it. It’s as bad as a Mafia protection racket and maybe even worse because, as someone once noted sourly, governments are the biggest, meanest gangs of all.

No-one, least of all President Cyril Ramaphosa, could have been surprised by the welcome he received during his whistle-stop campaign visit to Soweto, during which he experienced a fairly high level of disgruntlement as load-shedding brought bouts of unwanted darkness.

When the struggle was in full roar, its driving chorus was "power to the people", a line from a John Lennon song which went like this:

"A million workers working for nothing

You better give ’em what they really own

We got to put you down

When we come into town singing:

Power to the people."

Give the people some power already.

Power utility needs to maintain its ageing plants and have a healthy reserve margin to curb load-shedding, Chris Yelland says
National
9 months ago