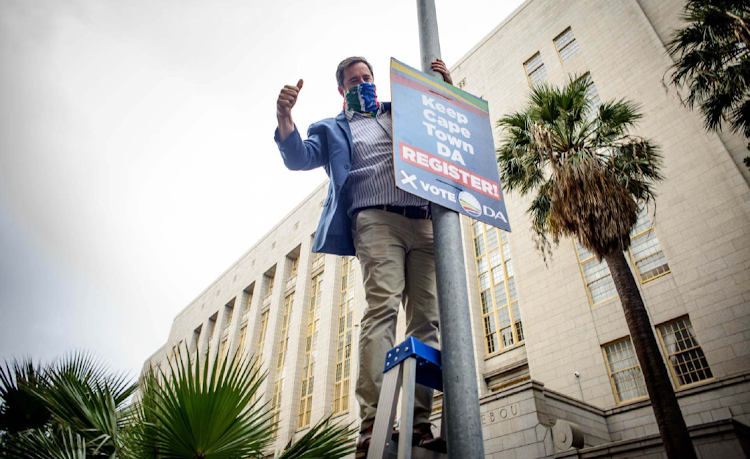 In matters of political hubris, the ANC has few challengers. Two weeks back it was KwaZulu-Natal premier Sihle Zikalala celebrating a newly installed tap; now it’s a ribbon-cutting to open a scrubby sports field with anorexic bleachers — R15m of sports field and bleachers, to be exact.

It makes the ANC look bad, particularly coming off the back of Digital Vibes and other Covid-related corruption scandals. But it’s an apt metaphor for just how corrupt the party has become, and how low the bar for service delivery has been set.

In most countries, such astounding displays of unreflective conceit would be a gift in opposition hands: if you shoot yourself in both feet, you’re not going to be winning any races. In SA, not so much.

Far from making political hay from the ANC’s woeful own goals, the DA has launched into election "hold my beer" mode. First, there was the tin ear of its grossly divisive poster campaign in Phoenix and later doubling-down on the message. Then, a less-than-elegant climb-down from party leader John Steenhuisen’s suggestion on Newzroom Afrika that golf courses (note the plural) be considered for mixed-use development.

The DA’s own manifesto, and the ANC’s failings, have been lost in the noise.

Make no mistake: the ANC deserves to be punished at the polls. It’s just not clear the DA has the political nous to do so.

NEERAN NAIDOO: A botched apology is wasting a crisis

The damage from saying sorry is overrated, and the advantages are underappreciated
Opinion
9 months ago

There is a saying in politics that ‘explaining is losing’, and, whatever you make of the DA posters, this is currently what it has been forced to do
Opinion
10 months ago
Next Article