Vaccines: Give the job to the IEC or call in Amazon

Why the silence over who will pay what for the vaccines and how they’ll be transported and protected? 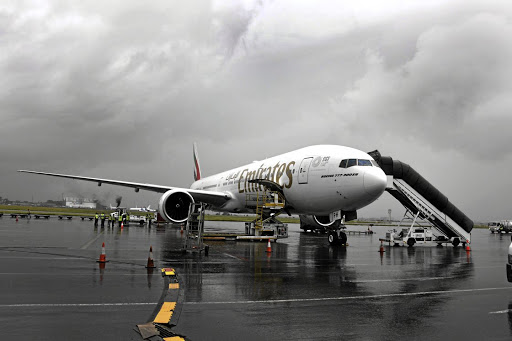 The first 1-million doses of the Covid-19 vaccine have landed. Halala! Seeing the pictures of a vital, precious pallet being pushed into a truck was like watching a ray of sunlight streaking through storm clouds. It was a Churchillian moment after a year in which the world seems to have been living through the film Contagion – on repeat; Groundhog Day for those with apocalyptic views.

In 1942 — after the Russians had stopped the Germans at Stalingrad, the Americans routed the Imperial Japanese fleet at Midway and the Allies finally broke through at El Alamein in the Western Desert — UK prime minister Winston Churchill offered his best wisdom yet for an war-weary and exhausted public.

"Now, this is not the end," he said. "It is not even the beginning of the end. But it is, perhaps, the end of the beginning."

Wise leaders may have thought the same thing as they watched those vaccine-laden trucks leave OR Tambo’s rain-spattered apron.

But we have complete silence from the government on who will pay what and how those vaccines are going to be protected on their journeys to the corners of the land. That is probably deliberate, of course, in order not to give the guys who are really excellent at hijacking cash vans and beer lorries any ideas. It’s also probably not the best thing that the government is anywhere near the vaccine transport arrangements, but what you gonna do?

Me, I would have given the job to the Electoral Commission of SA, which has staff, a voters roll, a track record and that rare commodity: accountability.

If not them, then Amazon. Hello, Jeff?

MARK BARNES: Who should be at the front of the vaccine queue?

PETER BRUCE: We get a lot wrong but we didn’t create the ‘SA variant’

The British press are fixing on us as the source of a grave danger, one we alerted them to
Opinion
4 months ago

BUSI MAVUSO: Vaccines must be top of Cyril Ramaphosa’s agenda

By the numbers: The cost of vaccine nationalism

Vaccine nationalism should be made a crime against humanity

Sleeves rolled up for vaccine

By the numbers: The cost of vaccine nationalism

Vaccine nationalism should be made a crime against humanity

Sleeves rolled up for vaccine