Google tracks phones even when people opt out 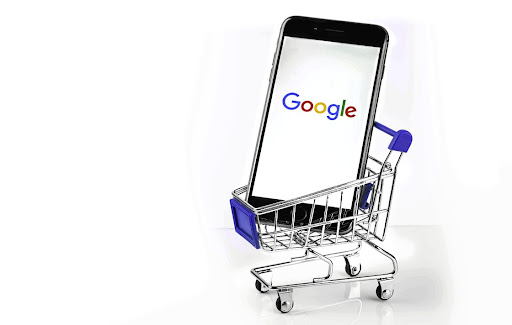 Google is guilty of "deceiving and manipulating consumers to gain access to their location data, including making it nearly impossible for users to stop their location from being tracked", a new lawsuit by four US states alleges.

The case was filed last week by Washington attorney-general Karl Racine and three other attorneys-general, who will sue Google in their own states.

Since at least 2014, "Google has systematically deceived consumers about how their locations are tracked and used, and has misled consumers to believe that they can control what information Google collects about them.

"In reality, there is effectively no way for consumers to prevent Google from collecting, storing, and profiting from their location data," Racine alleges.

"Google falsely led consumers to believe that changing their account and device settings would allow customers to protect their privacy and control what personal data the company could access," says Racine. "The truth is that contrary to Google’s representations it continues to systematically surveil customers and profit from customer data.

"Google’s bold misrepresentations are a clear violation of consumers’ privacy."

Part of Racine’s plan is also to "educate consumers on how their personal data — particularly sensitive data about their physical location — is collected, stored, and monetised.

"This result of our collective action is that consumers, not Google, will determine how their data is or is not used," Racine says.

Using all of this information from billions of users, Google "builds detailed user profiles and sells highly targeted advertising" because "Google’s business model relies on constant surveillance of its users", he says.

That is pretty damning, especially from an attorney-general.

This is the latest case against the search giant for its use of surveillance capitalism — and another sure sign that this is the year that Big Tech in the US is finally facing sanctions for its privacy-invading business practice.

Google has been accused of these nefarious deeds before, including in a 2017 US state lawsuit and a class action in 2020.

"Even when consumers follow Google’s own instructions and turn off ‘web & app activity’ tracking on their ‘privacy controls’, Google nevertheless continues to intercept consumers’ app usage and app browsing communications and personal information," according to the class action lawsuit filed by law firm Boies Schiller Flexner.

Last year Google made a big song and dance about stopping the use of so-called third-party cookies in Chrome, the most popular desktop browser in the world. What this means is that Google will stop other advertising tracking firms from tracking people — but won’t itself stop from collecting all its data.

Google is the most egregious of the surveillance capitalist firms, even though Facebook gets most of the bad press. Facebook was sued by 17 US states for a 2018 "illegal price-fixing agreement" that both Facebook (now Meta) CEO Mark Zuckerberg and Google CEO Sundar Pichai personally signed off on. Many details of the suit were redacted, but revealed last month, including a 2018 e-mail from Facebook COO Sheryl Sandberg to Zuckerberg, in which she wrote of this "illegal" deal: "We’re nearly ready to sign and need your approval to move forward."

Last week Racine said: "Location data is a key part of Google’s digital advertising business, which generated nearly $150bn in revenue in 2020 alone. Location data is also among the most sensitive and valuable personal information Google collects. Even a limited amount of location data can expose a person’s identity and routines and can be used to infer personal details."

One of the most damaging claims Racine makes is that "Google leads users of Android devices to believe that if they turn off ‘location services’ in the settings menu of their device, apps will not be able to access the device’s locations."

However, Racine states: "Google bypasses the setting and continues to find ways to collect and store users’ locations."

Google also gives users an opportunity to set "permissions" that determine what types of data each app on their mobile device can access, the lawsuit claims.

"However, even when Android users specifically choose to deny Google apps the permission to access their devices’ location, Google finds ways to deduce the users’ location."

This is another important step in the dismantling of the free-for-all that is surveillance capitalism. As the US government is realising through its various court cases, big fines for companies are not stopping this predatory behaviour. The only way is to send executives to jail for breaking the law.

The FM gets the sense that a Big Tech executive is going to see some jail time.

In bringing this important case, Sonos has shown yet another example of Google’s unethical corporate behaviour
Opinion
3 months ago

New advertising system, called Topics,  will replace cookies by the end of 2023 as a means of tracking users on Google’s Chrome browser
News
3 months ago