For all the excitement generated by the announcement of an mRNA vaccine hub being established in SA, the country is still going to need help making Covid jabs. Here’s why 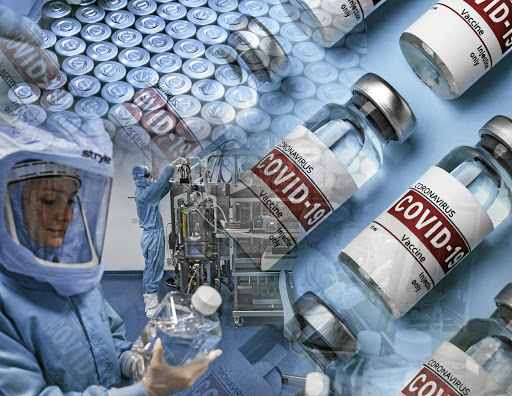 What would happen if Covid vaccine manufacturers such as Pfizer/BioNTech and Moderna gave up their intellectual property rights tomorrow and agreed to share their recipes with SA?

The short answer is that the country still wouldn’t be able to make the jabs, because it wouldn’t know how to formulate the recipes. The longer explanation is that it will take many months for SA to master the technology and skills required to add the ingredients of the recipes together in the right way.

As it stands, only two companies in SA are capable of making vaccines. But neither biopharmaceutical firm Biovac nor Aspen Pharmacare can make jabs from scratch. For SA to learn how to use their vaccine recipes, Pfizer/BioNTech and Moderna would need to do "technology transfer".

Merely giving SA the instructions to make a shot would be a bit like giving a recipe for a molecular-cuisine dish to someone who has only ever made toast, then expecting them to cook it to a Michelin three-star standard.

Where intellectual property is the theory of how to make something, technology transfer is the practice of that theory. It requires a company to share its expertise, experience, tips and insights on making a product.

In the context of a pandemic with a severe shortage of jabs, an attempt to compel manufacturers to share their Covid vaccine recipes is under way — but getting them to transfer technology might be infinitely more difficult.

In October, SA and India tabled a proposal at the World Trade Organisation asking its 164 member states to agree to temporarily suspend all intellectual property rules in their countries for Covid-related products and technologies, including vaccines.

If this proposal is accepted, it will force pharmaceutical companies in member countries to share their patents. The idea is to address the inequitable distribution of jabs, where rich countries have bought up most of the shots and poorer countries are at the back of the queue.

But while such a waiver will remove drug companies’ exclusive rights to produce their Covid jabs (and other Covid treatments), it won’t necessarily compel them to share their know-how — that will be determined by the laws of individual countries and the steps such governments are prepared to take.

And even then, transferring technology could take months — or years.

Covid messenger RNA (mRNA) vaccines use technology that has never before been brought to market for any product, let alone produced in SA. This technology uses pieces of man-made genetic material to instruct your body to produce proteins that can fight a particular virus. In the case of SARS-CoV-2, the virus that causes Covid, mRNA jabs use a genetic code of the spike protein on SARS-CoV-2 to get your body to make antibodies that can fight this novel coronavirus.

At an AU conference in April, Moderna CEO Stéphane Bancel said the technology transfer process for the manufacturing of mRNA jabs, if it happened, would take a minimum of six to nine months. And a factory would need the mRNA active ingredient or drug substance — the key ingredient that makes the vaccine work — which is extremely complex to make.

mRNA jabs have proved to be some of the most effective against Covid, and SA is using Pfizer/BioNTech’s shot — potent against the beta variant (currently dominant in the country) and the delta one (rapidly spreading and likely to become dominant) — as part of its national vaccine rollout.

In late June, the World Health Organisation (WHO), along with Biovac, local biotech outfit Afrigen Biologics & Vaccines, a network of universities, and the Africa Centres for Disease Control & Prevention (Africa CDC), announced that it would establish a facility to help bridge the "know-how" gap: a Covid mRNA vaccine technology transfer hub for Africa, in SA.

The WHO says the hub will kick-start vaccine production on the continent by acting as a training facility where mRNA technology "is established at industrial scale and clinical development performed". The hub will train manufacturers from low-and middle-income countries to use mRNA vaccine recipes, and it will help them obtain the licences to do so.

For the hub, which will be set up over two years, Biovac will act as a developer, Afrigen as a manufacturer and the universities as academic support, providing mRNA know-how. The Africa CDC will provide technical and regional support.

So Biovac and Afrigen will be the first recipients of "cutting-edge mRNA vaccine know-how" under this programme, says SA’s ministry of higher education, science & innovation.

Biovac isn’t new to technology transfer. The company has secured high-profile technology transfers from Pfizer for its Prevnar 13 pneumonia vaccine and from Sanofi Pasteur for its Hexaxim jab, which protects against six diseases, including polio, whooping cough and tetanus.

But the licensing agreements with both companies are for "fill and finish" of the vaccines, not for manufacturing that starts with production of the active substance, says Biovac CEO Morena Makhoana. For Prevnar 13, for example, which protects against 13 types of pneumococcal bacteria, Biovac receives 13 different bags of drug substance from Pfizer and then adds it together, puts it in vials and packages it.

Higher education, science & innovation minister Blade Nzimande says it’s essential that the technology used at the WHO hub is "either free of intellectual property constraints in low-and middle-income countries, or that such rights are made available to the technology hub and the future recipients of the technology through nonexclusive licences to produce, export and distribute" those vaccines in such countries.

As Kate Stegeman, Doctors Without Borders’ access campaign advocacy co-ordinator in SA, explains it: "What needs to happen next is Moderna and Pfizer/BioNTech must immediately share their mRNA technology with the hub so that many more mRNA vaccines can be produced independently by manufacturers in SA and more broadly on the African continent, as soon as possible."

The hub will also use something called patent pooling to negotiate access to licences for mRNA technology for trainee manufacturers. To do this, it will work with the Medicines Patent Pool (MPP), which negotiates with drug companies "to pool intellectual property to encourage generic manufacture and the development of new formulations".

The MPP has, for instance, helped some poorer countries to get licences to produce antiretroviral drugs (ARVs) for HIV treatment by signing agreements with ARV patent holders.

What goes into making mRNA vaccines?

Bancel said there are many set-up requirements for the production of Moderna’s jab: getting the specific, tailor-made machines; securing financial investment ($20m-$30m); creating the safety protocols; ensuring approval of production sites by regulatory agencies; and getting appropriately skilled people hired and trained.

"It would take a minimum of six to nine months, even if you have a clean suite already," he told the AU conference, referring to facilities that already have pharmaceutical-grade cleanliness, pressure, temperature-control, humidity and sterility standards.

In addition, Bancel said, Moderna has its own skills bottleneck, given that mRNA technology is so new. "I can’t [even] hire people now who know mRNA," he said. "The challenge now is that teams are running flat out, and we’ve not even finished doing all the tech transfer to deliver [current orders] for this year."

The making of an mRNA vaccine is a very different process to that of making "traditional" vaccines — especially the way in which the active ingredient is made.

For Pfizer/BioNTech’s mRNA vaccine, there is an 18-step manufacturing process, from modifying bacteria and inserting "plasmid" rings of DNA (small, round DNA molecules found in bacteria and other cells) containing coronavirus genes into them, to growing the cell, fermenting the mixtures, harvesting the DNA and transcribing the DNA into mRNA that will, after several more steps, end up in a vial ready to use. Some of these steps are so highly specialised that, even in the US, they are performed sequentially in different facilities.

"The more mid-term framework for me," Bancel said, while expressing willingness to engage in technology transfer to enable Africa to manufacture Moderna’s mRNA products, "is what do we do to stand Africa on its feet in terms of technology."

Bancel believes vaccines using mRNA technology might be easier for SA and Africa to produce, partly because of the "modular" nature of the production process — different parts of the process can (and do) happen in different locations, and the equipment required is smaller and less expensive than that used for the older, more conventional types of vaccines, such as viral vectors (the technology used for the Johnson & Johnson vaccine).

This is because a very small volume of raw material used as the active ingredient for mRNA vaccines can eventually yield huge quantities of vaccine. In the case of the Pfizer-BioNTech Covid vaccine, one single vial of the DNA with which the production process begins can ultimately generate 50-million doses.

This doesn’t mean it would be "easy" to re-create the vaccine from scratch. But it does mean that, in the medium and longer term, mRNA technology may be well suited to countries looking to quickly and relatively inexpensively set up "fill and finish" facilities to produce mRNA vaccines. This is because, in addition to requiring smaller, less expensive equipment than viral vector vaccines, it also requires smaller volumes of raw material.

"The modular concept is a good concept and probably going to be the way of the future," says Biovac’s Makhoana. "But I don’t think it has been tested as widely as you would like. And what is ‘modular’? You still need to have the same infrastructure, all the bells and whistles.

"How is it going to move the needle? If we ever have an opportunity to talk to Moderna, that is where the part of the know-how and the technology transfer needs to be."

This story was produced by the Bhekisisa Centre for Health Journalism. Subscribe to Bhekisisa’s newsletter here

The mRNA hub is no silver bullet for the Covid crisis. But it’s an important first step in changing the terms of engagement between the global north ...
Opinion
10 months ago

From 1935 to 2001, SA produced its own vaccines. But since then, we’ve fallen far behind our peers, which leaves us at the back of the queue for ...
Features
1 year ago

As Covid-19 vaccine distribution ramps up around the world, Africa’s ports and free trade zones could be vulnerable to exploitation by organised crime
Features
1 year ago

Covid vaccines are among the hottest commodities in the world, as manufacturers can’t produce enough jabs for everyone. The Bhekisisa Centre for ...
Features
1 year ago
Next Article