The mRNA hub is no silver bullet for the Covid crisis. But it’s an important first step in changing the terms of engagement between the global north and south when it comes to equitable access to health care 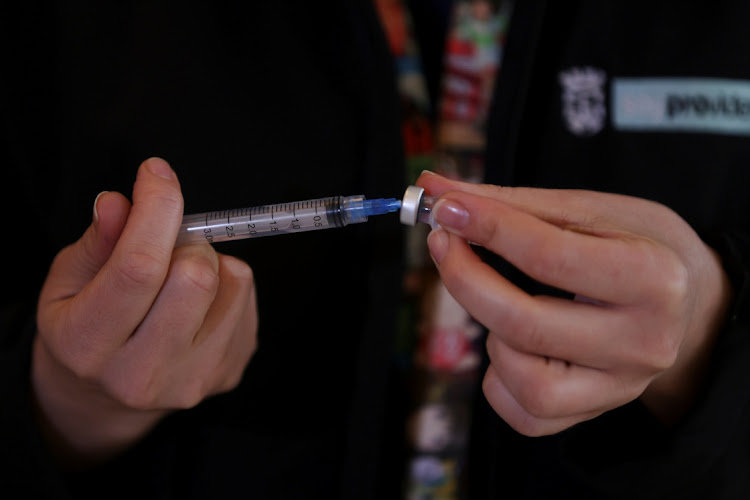 Until Monday, you could have been forgiven for thinking that the world’s approach to low- and middle-income countries’ (LMICs) access to vaccines, treatments and diagnostics for Covid was a case of “same old, same old”.

But the June 21 announcement by World Health Organisation (WHO) director-general Tedros Ghebreyesus, French President Emmanuel Macron and President Cyril Ramaphosa of the first Covid mRNA vaccine technology-transfer hub, to be set in SA, was a game-changer.

The question of why SA – and Africa more broadly – is not producing its own Covid vaccines is a vexed one. How can Africa, which makes up 25% of the global market, move from importing 99% of its vaccines to largely meeting its own requirements? Why, especially in SA, where our scientific, industrial and regulatory environments seem up to it – and where local manufacturer Biovac produces some routine vaccines for childhood illnesses – have we not able to do it?

Put another way, why are we not doing it, given that we possess the capability, even if not yet at scale?

The notion of “jump-starting” or “ramping up” vaccine production implies a “pop-up shop” picture of what needs to happen. The reality is much less sexy. It is a long, multisectoral, multifactored haul.

A set of enablers all need to be lined up at the same time: the scarce primary ingredients (which sometimes need culturing in expensive, custom-made equipment); vaccine-specific clinical expertise; sterile conditions; local regulatory and approval processes; financing; and long-term purchasing contracts from governments to ensure viability (their absence is one reason for SA’s tiny capacity). These are all hard to come by.

What needs to change?

So while the billion-plus doses of “donated” vaccines from the US and the G7 are welcome and necessary – and a good start to vaccinating those at highest risk in LMICs – that is a short-term measure. In parallel, the north-south “handout” dynamic needs to change – forever.

And now it is. The plan to create the mRNA vaccine technology transfer hub in SA establishes a set of practical steps that will move us closer to scaled-up production, and to a leadership role in helping other countries scale up theirs.

The new hub is brokered by the WHO and its Covax partners, working with a local consortium made up Biovac, Afrigen Biologics & Vaccines, a network of universities, and the Africa Centres for Disease Control & Prevention. The hub is a pooled expertise and resource mechanism – at once a training facility for interested manufacturers from LMICs, a site for industrial-scale technology development and a licensing authority.

It should transform the need for individual (foreign) manufacturers to make bilateral agreements with individual (local) manufacturers, creating a one-stop shop for technology “donors” (pharma companies with their unique mRNA vaccine “recipes”, such as Pfizer-BioNTech and Moderna) as well as local pharmaceutical manufacturers, who would like to manufacture these vaccines but haven’t been able to strike a deal.

The WHO says that, along with partners, it “will bring in the production know-how, quality control and necessary licenses to a single entity to facilitate a broad and rapid technology transfer to multiple recipients”.

One barrier to local vaccine manufacturing so far has been the contentious intellectual property (IP) limitations – those “necessary licenses”. Pharmaceutical companies are reluctant to share their formulas for profitable vaccines. But if SA and India’s proposed IP waiver on Covid vaccines at the World Trade Organisation reaches consensus (it’s currently supported by the US and about 100 other of the organisation’s 164 members), the removal of these legal barriers on vaccine production will hasten the mRNA technology-transfer hub’s lift-off.

The hub will, in theory, create an economies-of-scale approach to making the highly effective mRNA vaccines – and possibly start changing our image from laggard to (continental) leader.

Poorer countries have trailed far behind wealthier ones in terms of the numbers of people tested, treated and vaccinated, and in gathering sufficient and accurate data to know whether their statistics match what is happening on the ground. India, Brazil, many African countries and other LMICs are now experiencing huge upsurges in Covid cases and deaths – with ongoing shortfalls in their ability to diagnose, treat and vaccinate.

Multilateral bodies such as the World Bank, the International Monetary Fund, the WHO, Gavi and other global-health entities have issued joint (and repackaged) pleas for billions of dollars to finance vaccines, testing and diagnostics; for oversupplied countries (vaccine hoarders) to share doses; and for the removal of trade barriers and export-control measures that block supply chains and limit access to pharmaceutical supplies.

But while the Covid pandemic may be unlike any other the world has seen, the pattern of the response is tragically familiar. The wealthy “north” has been able – through money, skills, commodities, infrastructure and geopolitical influence – to rapidly secure the health and safety of their own (or so they thought). In contrast, the poorer “south” – developing countries with weak health systems, weak supply-chain capacity, resource shortages, and few sophisticated clinical-development or pharmaceutical-manufacturing facilities – have struggled to do even the basics, such as diagnose and treat, and supply oxygen in the most severe cases.

After a year of being criticised for their unseemly and avaricious prepurchasing of global Covid vaccine supplies, wealthy countries are now, having vaccinated most of their own populations, starting to share their vaccines.

On June 12, at its annual summit, the G7 made hopeful announcements about its intentions to help, collectively pledging 870-million doses (1-billion including a February pledge from Japan). At least half of these will be delivered by the end of 2021. The G7 also reaffirmed its support for vaccine-access initiative Covax as “the primary route for providing vaccines to the poorest countries”.

But while it’s supposedly financed by wealthier countries’ advance-market commitments, and despite “the support and resources” of 192 economies, Covax is underfunded. It has so far been able to deliver only 87-million of its 2-billion-dose target for this year – and the net result is shockingly unfair: wealthier countries have vaccinated, on average, 68 of every 100 people, while poorer ones have vaccinated about two per 100 (SA is sitting at about four).

Re-imagining vaccine development is not an easy task, and it requires committed international, multisectoral, sustained and sustainable collaborations, which will take time to forge. This means things will not change instantly; poorer countries will not suddenly have access to the billions of vaccine doses they need. But this could be a turning point in the long-standing imbalance between countries when it comes to access to health care.

Let’s hope it sees lift-off in time for the next pandemic.

*Sulcas writes about global health, food and wine, and food systems. She’s worked at the World Health Organisation and the Global Fund to Fight Aids, TB and Malaria

SA’s vaccine rollout is taking time to gather momentum. In part, that’s because of manufacturer delays. But government tardiness is also to blame
Features
1 month ago

A study on African governments’ Covid policy response has thrown up some surprising findings — including that seemingly sparsely populated parts of ...
Features
1 month ago
Next Article