NEERAN NAIDOO: A botched apology is wasting a crisis

The damage from saying sorry is overrated, and the advantages are underappreciated 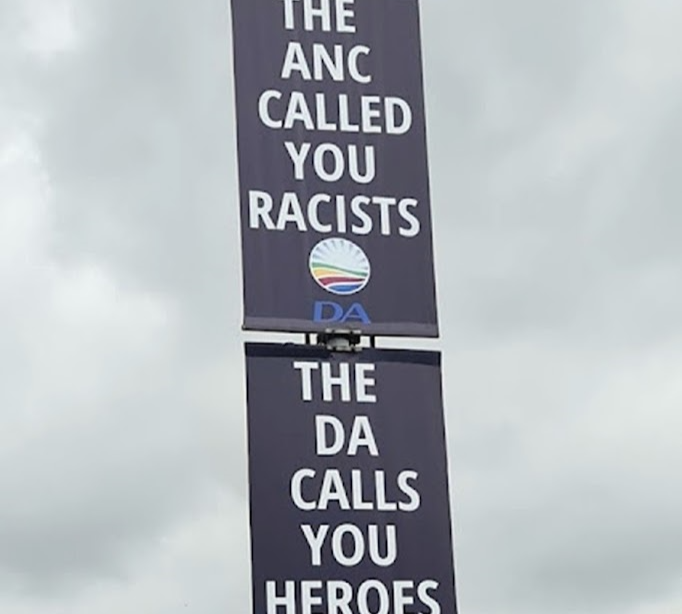 The DA posters in Phoenix that have caused friction in the party. Picture: SUPPLIED

Every organisation and political party will have to apologise at some stage. We’ve seen several apologies in our fractured politics in recent times, the most recent by DA KwaZulu-Natal chair Dean Macpherson after the party’s ill-conceived poster campaign in Phoenix.

Not long ago, ANC acting secretary-general Jessie Duarte issued something of an apology after penning an ill-advised opinion piece criticising the Zondo commission, while Mavuso Msimang issued an “unqualified apology” to SA after the July insurrection, citing several ANC failures. That apology was reportedly “unauthorised”.

Still with the ANC, its secretary-general at the time, Ace Magashule, was asked to apologise for issuing a letter of suspension to party president Cyril Ramaphosa. He never did.

The EFF was instructed by the high court in Johannesburg to apologise to Trevor Manuel for “defamatory and false” claims after the EFF accused him of nepotism in the appointment of SA Revenue Service commissioner Edward Kieswetter. The EFF hasn’t apologised, instead opting to taking the issue on appeal as it considers the R500,000 fine excessive. More than two years later, the issue has yet to be resolved.

The EFF did apologise “unconditionally” in a terse, one-line statement “in terms of the court order” after the high court found it had defamed journalists Anton Harber and Thandeka Gqubule by calling them Stratcom agents.

The litany of political apologies, half-apologies and non-apologies goes on, through the excessive hubris that characterises our politics. Last week, Macpherson issued the semblance of an apology for the “hurt” the posters caused some people. Not for a racially divisive election strategy, nor the insensitivity displayed towards those who died in Phoenix, or for the erosion of national cohesion we so desperately need.

What is it about the corporate, personal or political apology that makes it so hard to say sorry with sincerity and meaning? The loss of power implied by an apology means having to concede a position or admit wrongdoing. It is not our natural instinct.

An apology makes one uncomfortable and introduces an element of risk, putting one at the mercy of those offended. Our default option is to find reasons to delay or avoid saying sorry. Mostly, we like being right.

Corporate apologies are usually written by lawyers to avoid conceding legal culpability that could result in having to pay reparation. Overtly legalistic corporate approaches lack compassion and a callous approach often results in reputation damage that is often worse than the issue for which the apology is made.

But public opinion matters. The damage an apology can cause is overrated, while the benefits are underrated. Full apologies often result in a quicker settlement of disputes, are unlikely to result in lawsuits and are more likely to win public trust.

Reputation is always at stake when brands, or political parties in this instance, deviate from their promises. The landing page of the DA’s website talks about values and principles, several of which were infringed when putting up the offensive posters. It talks, for instance, about being accountable to the people.

Apologising for “hurt to some people” is not accountability. Apportioning blame to Macpherson is not taking responsibility. When values and principles are malleable, the result is flip-flopping in decision-making, accountability and action.

When institutions stray from their values, reputations are damaged and trust is lost. The DA cannot apologise and defend the message on the posters at the same time. An unambiguous and unequivocal apology is required.

An apology is a form of a social contract, an exchange that fulfils a social purpose. An apology will neutralise the public outrage and diffuse the anger, but only if it is sincere. The DA’s apology lacks the key elements of a sincere apology.

Admitting error is necessary but not sufficient to win back trust. It must be accompanied by an explanation of what happened, a sincere expression of remorse and what measures will be taken to ensure it does not happen again. The public is remarkably forgiving when sincere apologies are done well.

The DA wasted the crisis and the opportunity to win back voter confidence mere days before the local government elections on November 1 by not offering South Africans an apology that is meaningful, that outlines what was offensive, shows empathy for those affected, or by taking decisive action against those involved.

Cape Town emeritus professor Chris Breen recently reminded me of the three key elements of an apology stripped down to its essence: “I’m sorry, it’s my fault and how can I make it better?” It will be refreshing to have a political party that opens itself to such vulnerability. Such a party will certainly earn my trust and vote.

There is a saying in politics that ‘explaining is losing’, and, whatever you make of the DA posters, this is currently what it has been forced to do
Opinion
8 months ago