The former president has been given yet another opportunity to be heard, but he clearly doesn’t want that 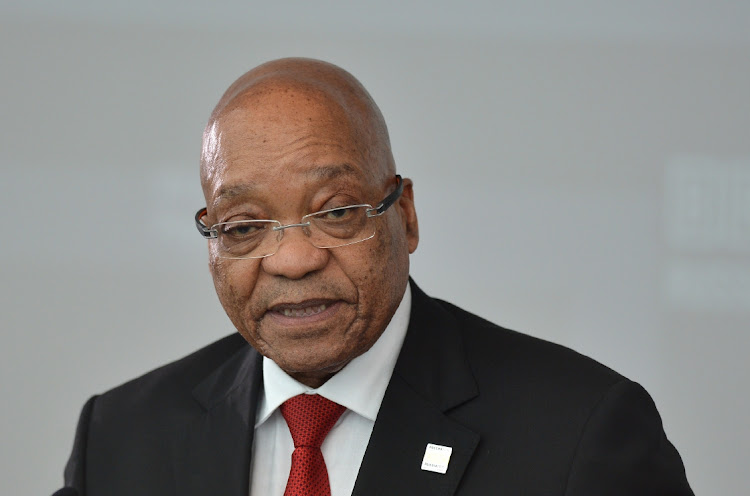 Former president Jacob Zuma inched closer to spending time in prison for contempt of court after his latest defiance of a directive from the Constitutional Court.

Chief Justice Mogoeng Mogoeng had asked Zuma to file a 15-page affidavit detailing what sanction he felt appropriate after he ignored the court’s ruling to appear before the state capture commission under judge Raymond Zondo on April 14. But instead of a sworn affidavit, Zuma filed a 22 page “statement” — one not compiled under oath — in which he once again attacks the judiciary with unsubstantiated allegations of unfair treatment against him.

“I have thought long and hard about the request in your directives. I have also been advised that addressing a letter of this nature to the court is unprecedented, as a response to a directive to file an affidavit,” Zuma wrote.

"However, given the unprecedented nature of my impending imprisonment by the Constitutional Court, we are indeed in unprecedented terrain.”

Last month, Zondo commission counsel Tembeka Ngcukaitobi SC argued that a prison sentence — instead of a fine or a suspended sentence — was the only order appropriate for Zuma for his defiance.

Ngcukaitobi’s submission was part of the commission’s argument to hold Zuma in contempt of court, for which he should be imprisoned for two years.

In his latest broadside against the judiciary and the Constitutional Court, Zuma declared he was “ready” for imprisonment, and attempted to paint the current impasse as both a constitutional and a judicial crisis.

However, during argument last month Ngcukayitobi said that while the situation was unprecedented, it was not a crisis, despite Zuma’s attempts to cast it as one.

“Our constitutional system provides an answer to what has transpired, even though it is unprecedented,” Ngcukaitobi said.

Instead, he argued that there were “strong” reasons why Zuma should be imprisoned, as his conduct “threatens the entire constitutional order”. He described Zuma’s actions as a “cynical manoeuvre” to avoid accountability.

He said the commission no longer wanted Zuma to appear before it; rather, it wanted him jailed. “We ask for his punishment,” he said.

And yet, even though Zuma chose to withdraw from the matter, he now complains that the court was prepared to jail him without giving him a hearing.  (It is unclear whether his legal team, which includes attorney Eric Mabuza and Adv Muzi Sikhakhane, continues to advise him.)

The fact is, Zuma had not filed responses to the commission’s application for a contempt of court order and has simply ignored the directive from Mogoeng for an affidavit, issuing a “statement” instead.

“Clearly, the Constitutional Court deems it appropriate and lawful to impose a criminal sanction of incarceration of a person without hearing oral evidence from such an accused person,” Zuma says — even though he opted not to make any submissions to the court.

Zuma says he accepts that his stance “has consequences,” but says he believes an independent court would eventually set aside the Zondo commission’s findings as it was not lawfully established.

The ANC, needless to say, seems to have washed its hands of the matter. After its top leaders met Zuma, the party said it would give him time and space to consult with his legal team.

However, a leaked recording of ANC deputy secretary-general Jessie Duarte during that meeting reveals there was a suggestion that Mogoeng be approached to replace Zondo at the commission — a view that was then seemingly dismissed.

In that recording, Duarte is also heard criticising Zondo and the judiciary, which is only likely to have emboldened Zuma to continue his unwarranted and craven attacks on the judiciary.

This week the Supreme Court of Appeal (SCA) gave Zuma a dressing down for making these unsubstantiated allegations, in its ruling that he must repay R16m that the state had paid for his private legal fees.

The case was brought by the EFF and the DA. After this week’s judgment, Zuma will not only have to pay back taxpayers’ money spent on his private defence but also foot the bill for any future legal defence he mounts.

“The allegations [of bias against judges] were made with a reckless disregard for the truth and persisted in during argument. They ought not to have been made at all. But, having been made, they ought, in response to the invitation from the EFF, to have been retracted,” the SCA ruled.

“To have persisted in the unjustified criticism of not just the high court, but more generally the judiciary, is plainly deserving of censure.”

As a result, the judges hit Zuma with a punitive costs order “as a mark of this court’s displeasure and to vindicate the integrity of the high court and the judiciary”.

Zuma, it seems, hasn’t yet pulled out of defending himself against corruption charges related to the arms deal. Whether he will do so remains to be seen. His appearance in that case is set down for next month.

It is now up to the Constitutional Court to decide Zuma’s fate after judgment in the contempt of court case was reserved last month. Though Mogoeng tried to give Zuma yet another opportunity to be heard, it’s clear the former president doesn’t want that.

If pulling out of all legal proceedings was his big plan, chief justice Mogoeng Mogoeng has just effortlessly drawn him back in
Opinion
3 weeks ago