Lenovo’s ThinkPad X1 Nano is an ultraportable robust business laptop suitable for remote working, but with a hefty price tag starting at R44,500 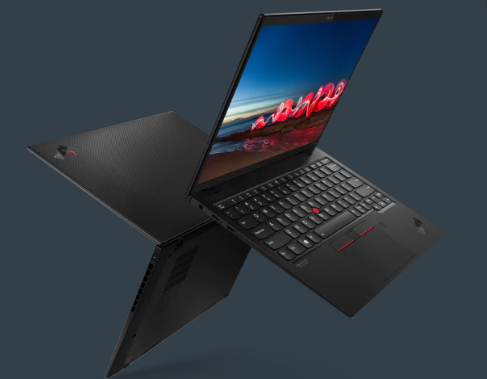 Lenovo’s X1 Nano is its first ThinkPad to be Intel Evo certified. This is a new category of high-end laptops that meets certain standards for performance, responsiveness, battery life, and graphics.

The X1 Nano is also Lenovo’s lightest laptop to date, weighing a mere 907g. It has a 13-inch 2K display (2160 x 1350 resolution) that runs on Intel’s 11th-generation Core i7 processor with Iris Xe graphics, has 16GB of RAM and 512GB of storage. It can be preloaded with Windows 10 Pro or Ubuntu Linux.

Inputs are limited to two USB-C Thunderbolt 4 ports and a 3.5mm audio jack with support for instant wake, fast charging and the latest WiFi 6 standard. It also has Dolby Atmos speakers.

The vivid display has a 16:10 ratio with a flexible hinge that opens flat, to 180°. (I can’t think why anyone would need to use it like that.) It is easier to move around than my 13-inch MacBook Air — admittedly this is something you don’t notice until you’re actually holding a 907g laptop.

ThinkPads are known for their durability. It has been tested against 12 military-grade requirements including extreme temperatures, mechanical shocks, vibration and more. It’s safe to say it will survive a spill or drop, humidity and high altitudes, so you’ll be just fine working from home.

Built-in security features include a fingerprint reader and a 720p webcam with a physical privacy shutter. It’s handy if you’re on a call and need to instantly turn off the camera feed.

The chiclet-style keyboard is spill-resistant and backlit with LED lighting. It is on the compact side; and you’d need to adjust to the Function and Control buttons swapped around from standard layouts. It has ThinkPad’s most recognisable feature, its red "mouse on keyboard" TrackPoint, which I didn’t use but it would make die-hard fans happy.

The battery supports fast charge with claims of up to 13 hours from its 48Wh battery. We achieved over nine hours from our individual usage patterns — better than most laptops we’ve tested in 2021.

Lenovo’s less-than-a-kilogram ThinkPad X1 Nano is an ultraportable robust business laptop suitable for remote working, but with limited ports and at a hefty price tag starting at R44,500.

TECH REVIEW: A laptop for millennials

The Asus ZenBook Flip S is well built and flexible, and has an excellent screen. But it is expensive considering the average battery life
News & Fox
2 months ago

The ConceptD 3 Ezel is a two-in-one convertible laptop and part of Acer's high-performance lineup that comes with a built-in stylus and is aimed at ...
News & Fox
3 months ago

The Asus Zenbook Duo is unlike your typical laptop. It sports a secondary screen above the keyboard and has a small trackpad at the bottom, next to ...
News & Fox
5 months ago
Next Article