'It is a privilege, I now realise, to be my age and still have had someone to call Dad. While he was Dad, I could still be a son, a kid. Now, out of nowhere, I suddenly have to grow up and not just grow old' 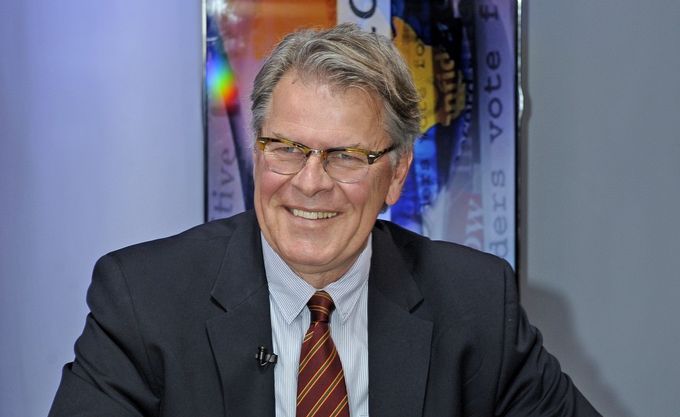 I have to write this, even though I know I'll be in tears before I finish. My father, Harold Bruce, died last month. He was 93. I am 65. It is a privilege, I now realise, to be my age and still have had someone to call Dad. While he was Dad, I could still be a son, a kid. Now, out of nowhere, I suddenly have to grow up and not just grow old.

My dad's father was born in Butterworth. His father was a carpenter. My grandfather became a carpenter too and moved to Mthatha and began a small contracting business. It is where my dad was born and where I was born. We both went to the same school, Umtata High.

I grew up more or less an only child. The huge figure in our home was Harold. I only recently learnt he never matriculated. He failed Afrikaans, and instead of going back he joined the Royal Navy and went to war in the Pacific.

When he came back there was no work, so he learnt carpentry from his dad. One of his first jobs was to build a steeple on a small church near Engcobo. He would tell me how his father had built him a model of the scaffolding he would need to erect to even get started.

I have little memories like this all the time now. A year ago I never thought of them. I was too busy, wrapped up in the complexities of my own life. I had, anyway, spent much of my early life trying to get away from him. Parents!

But the thing I most remember now is how he never let go. From East London he would call me constantly, in London or Bonn or Madrid, where I was learning my trade as a journalist. How are you? What's happening? When will we see you again? He loved life and he loved to chat. No stranger was safe from his inquiry. He'd bring almost anyone home and play the piano for them.

The day my wife and I left for an annual holiday in Greece last month, Harold was taken to hospital in Cape Town from Montagu, where he lived. He'd had a very painful leg, the result, it turned out, of a clot behind his knee. Easily fixed.

When we landed in London the next morning I got a call to say he'd had a brain haemorrhage and was in a deep coma. He wasn't going to make it. I took the first flight back to Cape Town. The man I saw in the ICU was unrecognisable. His cheeks had hollowed and his breathing was desperate. It was unbearable.

I held his hand. I kissed his forehead. I tried to get my face as close to his as the tubes and machines would allow, so that somehow he might know I was there. I whispered to him. Thank you. I love you. This to someone who had not once, not ever, let me go. I tried to thank him, but for what? For everything. Even now I can't find the words. He died two days later.

I remember thinking, as I lay my head next to his, what a catastrophe human life is. Old age is horrific. Death is a monster. I know most adults and way too many children already know all of this. But when it's your turn it still makes it hard to breathe.

A month later the gap in my life seems wider than ever. I think about him all the time. But the phone has stopped ringing. We should have talked about Kevin Anderson, Cyril Ramaphosa, Harold's knee. He'd call to remind me of every birthday in the family. We grew closer the older he and I became. And the older we got, the louder we spoke on the phone, both his and my hearing beginning to fade.

I know other people cope with worse. I've had friends bury their own children. And my dad had a long life after all. But how, now, to hold on to him, for all his faults? They say it gets easier. Really? Regrets tear at me. For not making more time for him. For not listening more. I don't want to forget him for a moment, not his music or his jokes or stories, and least of all the sound of his breathing and the warm feel of his forehead on my lips when I kissed him goodbye.

As a father myself, how do I tell my boys how intensely I love them? I hope this doesn't sound self-pitying. For your own good, try to be with your parents when they are passing. I was so lucky to have been able to hold Harold in Cape Town. He had found God and I know he genuinely wasn't afraid of death. But I am. I'm frightened the people I love won't know it when I'm gone.

This article first appeared in the Sunday Times

PETER BRUCE: Ramaphosa must act or we slide into a debt disaster

PETER BRUCE: Why these are frightening times for SA

'Economic growth is the only effective way Ramaphosa can anchor his leadership. Instead, he is treading water and we are on the edge'
Politics
3 years ago

PETER BRUCE: What should Mmusi Maimane do? The opposite of what he's doing now

PETER BRUCE: The truth is that Ramaphosa is moving very quickly