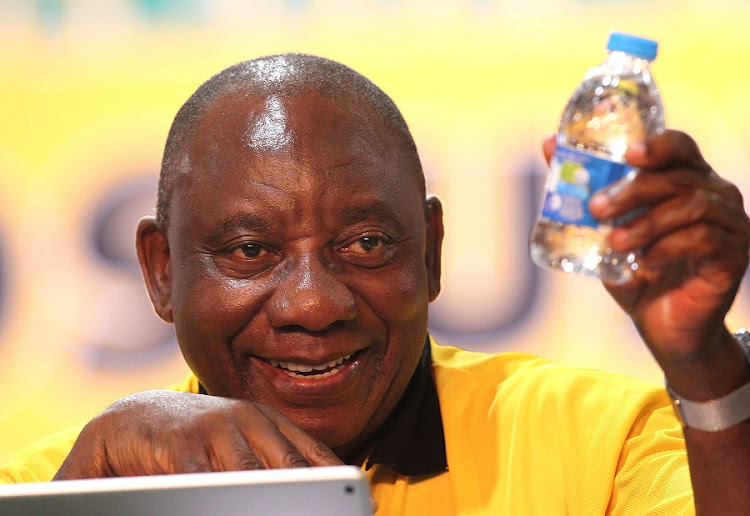 A coalition of the callous. That’s what the ANC government has become.

In the Eastern Cape, people are apparently resorting to consuming cats and dogs to stave off hunger, families are eating bush leaves and grasses to survive, and children scavenge for food at dump sites.

“I thought this scope of hunger was something we only saw in war zones like Syria and Yemen,” Give of the Givers founder Imtiaz Sooliman told the Daily Dispatch last week, after a visit to the province. It’s the worst peace-time hunger he’s seen in the 28-year history of the disaster-response NGO.

Not that the government seems too concerned, mind you. It’s waved off concerns about people eating dogs and cats as something “[they] have been doing ... merely out of habit”.

“Where our social workers do find people in need, they are well taken care of,” Mvusiwekhaya Sicwetsha, spokesperson for premier Oscar Mabuyane, told the Dispatch.

And apparently the social development department has put measures in place to be more innovative and proactive.

Only, what Sooliman has seen on the ground suggests this “proactive innovation” isn’t reaching the people who need it most. And if past experience is anything to go by, the department isn’t able to govern its way out of a paper bag. It can’t even pay the NGOs to which it outsources its responsibilities their dues on time.

An object lesson in incompetence

As Estelle Ellis reports in the Daily Maverick, large swathes of the NGO sector in the Eastern Cape didn’t receive their subsidies from the department up to July. It’s the third year running that they’ve been paid late – resulting in retrenchments and closures of organisations that protect children and the vulnerable, and work in HIV/Aids outreach.

In the first of those years, the department blamed a dated IT system for its tardy payments. In the second, the fault lay with its upgraded IT system. This year, it’s a combination of a six-month strike, lockdown and the Covid.

At least the IT system’s fixed.

Ellis’s article offers a devastating look into the chaos at the department. But lest you write that off as utter incompetence, another of her articles, in the Daily Maverick this week, points to the sheer callousness of the people in charge.

An association of 25 NGOs who care for the elderly has taken the department to court for not paying R1.5m in subsidies due between April and August. The reason? It would have amounted to “irregular and wasteful expenditure”, said department head Ntombi Baart.

The NGOs, under the umbrella of the Imbumba Association for the Aged, care for almost 1,500 elderly people in the province, providing two meals a day, medicine and nursing. In normal circumstances, they run facilities from 8am to 4pm at which the elderly can participate in gardening, sewing, handwork and exercise programmes.

Without those interventions, said advocate Ori Ben-zeev in court papers, “the older beneficiaries they serve would die”.

With the move to the lockdown – and the directive that elderly people remain at home – Imbumba turned to homecare, providing meals, doing cleaning and laundry, fetching medication and essentials, and bathing those in need of assistance.

But the department stopped paying.

As Ellis reports, Baart said this was because the turn to homecare went “completely against the grain of our business funding model”. Also, the hard lockdown meant the service centres had to close, the elderly could in any event not travel to them, and caregivers had broken lockdown regulations by making home visits.

As the Daily Dispatch reports, Baart said the NGOs had no authority to provide alternative care – and so the department refused to pay.

Besides, she said, the old people live independently, government had topped up the monthly old-age grant for lockdown, and there were always the government food parcels. Only, again, Imbumba says none of its member households received any of those.

It’s no wonder people are angry. The government simply continues to display the indifference allowed by the security of unassailable power, and the cloak of impunity that provides. If it isn’t resources being misdirected by out-of-touch, pig-headed paper-pushers – who themselves have been insulated from job losses and pay cuts – it’s resources being stolen outright. And all the while – as in the past – there’s a manifest lack of accountability.

It was precisely this lack of consequence that President Cyril Ramaphosa vowed to address in late August, when anger at Covid corruption began boiling over.

“Cadres of the ANC who are formally charged with corruption or other serious crimes must immediately step aside from all leadership positions in the ANC, legislatures or other government structures,” he said. And those implicated in impropriety should present themselves to the party’s integrity structures; a failure to provide a satisfactory explanation should result in suspension.

If Ramaphosa was expecting any alacrity from dodgy deployees, and a mass falling on swords, he will have been sorely disappointed. Not one politician facing charges has stepped aside since Ramaphosa’s clarion call around corruption.

And the party’s own attempts at self-regulation have so far proved less than impressive. In Gauteng, the provincial executive committee (PEC) has balked at making any kind of decision around alleged Covid corruption involving health MEC Bandile Masuku, Joburg councillor Loyiso Masuku and presidential spokesperson Khusila Diko (in her capacity as a PEC member). Instead, it’s thrown the ball to the Special Investigating Unit.

It’s suggestive of factionalism in the PEC, Stephen Grootes argues in the Daily Maverick, and it bodes badly for accountability in the fight against corruption. The likely outcome, he believes, is that each possible case of corruption will become a long-drawn-out affair, with implications for the quality of governance, and accountability.

It’s now near on four weeks since Ramaphosa promised the “immediate” action on tainted officials.

If a week is a long time in politics, it’s apparently an eternity in the noxious morass that is the ANC.

It’s vintage Trump: should a drug be ready ahead of the election, he’ll claim all the credit. If not, he’ll lay the blame at the feet of the ...
Opinion
10 months ago

There are more than 160 Covid vaccines in development, and 21 at clinical trial stage. But don’t hold your breath for equitable, rational ...
Opinion
10 months ago
Next Article

ANTHONY BUTLER: Ramaphosa getting into the pound seats, in kilograms too

GARETH VAN ONSELEN: The devolution of our constitutional democracy

ANTHONY BUTLER: Ramaphosa getting into the pound seats, in kilograms too

GARETH VAN ONSELEN: The devolution of our constitutional democracy