For many South Africans, learning to travel, to visit and to host happens when distant family members meet.

There is structure and formality, familiarity and pleasantries, exchange and assimilation. A relationship is entered into by the host and the guest. A gracious host is generous and the ideal guest is considerate, among other things.

This month luxury Swiss watchmaker Rolex was both the guest of Cape Town’s Baxter Theatre and the host of a public event featuring some of the finest global creative minds and up-and-coming talent.

Since 2002, the Rolex Mentor and Protégé Arts Initiative has paired gifted young artists with masters in their fields for a two-year period of exchange and collaboration.

The 2018/2019 programme culminated in the Rolex Arts Weekend at the Baxter, the first time the event has been held in Africa.

As we all left the venue, Bhabha observed, we became Rolex’s guests once more.

Foot, who has herself been a protégée in the Rolex programme, quoted her mentor — English theatre great Sir Peter Hall — as saying a major benefit for those selected is that the mentors make their time available "without expecting anything in return". This relationship of visiting and hosting is an important element in what both sides take away from the experience.

"When I had the chance to be selected, I didn’t want to miss any occasion," says Senegalese dancer Khoudia Touré, one of the protégés in the latest batch, who was mentored by Canadian choreographer Crystal Pite.

"One day with her is really important so I was going to take every single chance to be there, to exchange, to discover what she is doing, because I knew that after those two years this will be over."

Touré’s visits with her mentor took place at a range of venues — Pite’s studio in Vancouver, ideation sessions, rehearsals, premieres and performances in Paris, Turin and elsewhere. Touré connected not only with Pite but also with members of her mentor’s company, Kidd Pivot, becoming part of a world beyond the geographical and artistic confines of her own country.

At the Cape Town event, Touré premiered When the Night Comes, an excerpt from a longer work she is creating with her dance company, La Mer Noire, and that she worked on during her time with Pite. In it, she identifies transcendent realms beyond the physical and explores exchanges between them. "The original idea of the piece really came at a moment when we were practising outside — we tend to gather around a circle … we do that naturally in hip-hop," Touré says.

That day, I saw us dancing and I felt like something magical was happening, something more spiritual for us. That was my first impulse that this could be the starting point for this piece."

When African American drummer and composer Marcus Gilmore spent time visiting with his mentor, Indian tabla virtuoso and composer Zakir Hussain, their work on Gilmore’s first symphony was more about distilling the world within than exploring the world without. "I spent some time at his place and that created a safe space for me to figure out my creative process," says Gilmore. "And to basically keep me focused because I can definitely get distracted." 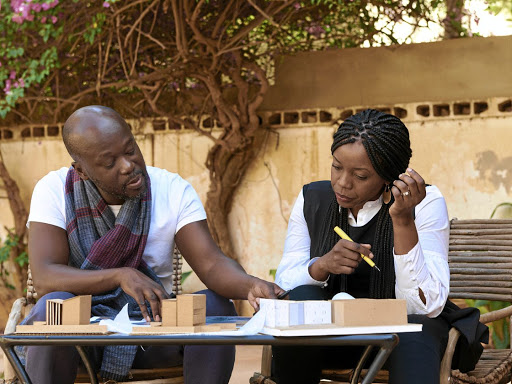 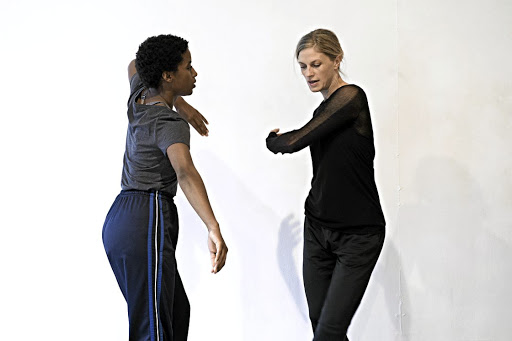 Hussain, reflecting the easy familiarity that grew from his intimate rapport with Gilmore, says of the process: "When I first heard what he had in mind, it was 10 fingers playing on the keyboard. And so there were 10 notes all going at the same time and changing at the same time. I said: ‘OK, we’ve got two ears, and of the 10 notes let’s try and figure out which one is the melody.’

"And that is [what we did] in the sense of trying to sort things out and trying to stay focused on what the main idea is. And it was all there, there was nothing missing. It was just to be able to sift through and say: ‘The frying pans go here, the spoons go here, the forks go there.’"

Architect Mariam Kamara, from Niger, first came across the work of her mentor, Sir David Adjaye, a decade ago in her first semester of architectural school. Kamara says the fact that Adjaye is black, of Ghanaian descent, made her realise how skewed her perceptions of excellence were at the time.

"That really gave me a deep sense of sadness because I realised that I didn’t think that it was possible for someone like me or like him to be up there just like all the other big architects that we studied in school."

A major turning point in their mentor-protégée relationship came when Adjaye visited Niger. Kamara was working on the design for the Niamey Cultural Centre. Their connection as professionals deepened, and so did their mutual understanding of the African architect’s role in translating local aspirations to the built environment. At the same time, Adjaye says, Kamara had to honour the "incredibly powerful" qualities of the people of Niger — qualities that an outsider might wrongly interpret as mere poverty.

As the Rolex event packed up and got ready to leave, a feeling of melancholy threatened to set in over the state of the local arts sector it left behind. But rather than succumb to despair, the challenge is to dispel any sense of inferiority over the lack of physical furnishings or nourishments and refreshments. There is, after all, benefit in visiting family.

*The writer was a guest of Rolex

The dancers: Senegalese street dancer Khoudia Touré worked with her mentor, Canadian choreographer Crystal Pite, to create the mesmerising piece When the Night Comes, which combines various styles, including her trademark hip-hop.

The writers: Under the tutelage of Irish literary guru Colm Tóibín (of Brooklyn and Nora Webster fame), Colin Barrett — also Irish — completed his first novel, The English Brothers. Actors performed an adapted extract from the book, and Tóibín and Barrett discussed the processes of writing and reading.

Who’s next? The new cycle of the programme was announced at the end of the weekend. The mentors for the 2020/2021 cycle are:

An array of works to bewilder art lovers in Cape Town

CHRIS THURMAN: Highlighting the future while gesturing towards the past

Through the eyes of Santu Mofokeng

An array of works to bewilder art lovers in Cape Town

CHRIS THURMAN: Highlighting the future while gesturing towards the past

Through the eyes of Santu Mofokeng

LUKANYO MNYANDA: Like SA, the UK failed to fix the ...

Mango reassures passengers about flights amid ...