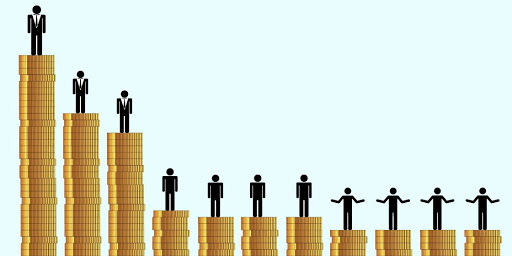 Trade, industry & competition minister Ebrahim Patel recently announced that his department would table amendments to the Companies Act aimed at tackling "the gross injustice of executive pay". These will require disclosure of the wage gap between a company’s highest and lowest earners.

Looking at the public responses to his announcement, including vicious, mostly anonymous online comments that accompany articles on the subject ("Another stupid move by a communist"; "Socialism 101"; "You blood sucking government bureaucrat"; "What an idiot"), you’d think Patel had said he’d be confiscating the assets of every local CEO and redistributing them to the Guptas.

In a more civilised response, the Free Market Foundation’s Chris Hattingh wrote in Business Day that "government has no business in the executive pay debate". And in an IT-Online article, two executive committee members of the SA Reward Association warned of dire consequences arising from any attempt to regulate executive compensation.

But let’s calm down and check back into reality: the amendments will require disclosure of wage gaps. This is not regulation of executive pay, but a move aimed at shining light on a murky issue, fraught with conflicts of interest and deliberately cloaked in complexity by the "reward profession".

Wage gap disclosure is mandated in many countries, including the US and UK, neither of which, I assume, the battalion of armchair critics would classify as communist or socialist.

Hattingh’s letter asserts that "trying to centrally plan an economy … is a recipe for mass unemployment, poverty, immovable inequality and no real societal progress".

But setting aside the bizarre conflation of wage gap disclosure with central planning of the economy, isn’t "mass unemployment, poverty, immovable inequality and no real societal progress" what we have now?

The attacks on Patel also make the issue all about government competence ("Why don’t you sort out state-owned entity pay", for example).

The poor stay poor, and the rich get richer because the structural inequalities in our economy make this inevitable

Yes, of course there are huge problems with public sector pay, and hundreds of ways in which the government could do more to make SA an attractive investment destination. But that’s a different issue. Those who still argue that the only way to create jobs and deliver growth in SA is to let the markets run free, and executive pay run rampant, are ignoring the facts.

The panicked overreactions to Patel’s announcement fail or refuse to recognise that entrenched, structural inequality contributes to low levels of growth and high levels of unemployment. In the past two decades there’s been an astounding increase in income inequality.

The Palma ratio measures the share of gross national income of the richest 10% against the share of the poorest 40%. A society with a Palma ratio of about 1 is considered relatively equal. In SA, this ratio almost doubled between 1995 and 2014, from 5.11 to 10.13.

The poor are staying poor, and the rich are getting richer. This is not necessarily just because they are more capable and competent, as Patel’s critics would have you believe, but also because the structural inequalities in our economy — which exclude a huge proportion of the population from decent opportunities — make this inevitable. This increasing wealth gap has knock-on effects for social cohesion and governance, creating fertile ground for populism and further damaging our investment attractiveness.

Without better data on wage gaps, we cannot have a rational conversation about how to address the issue.

Even institutional investors appear to be starting to understand this. More and more JSE-listed companies are failing to secure the requisite 75% of shareholder votes in favour of their executive remuneration packages and policies, including at the 2020/2021 AGMs of Sasol, FirstRand, Nedbank, Old Mutual, Standard Bank and Capitec. But because these votes are nonbinding, they result in very little change.

This is not to suggest that executives of big companies should not be handsomely compensated. But let’s stop cosseting CEOs on the misguided assumption that at some unspecified future date, once their pay packages have reached just the right level, they’ll solve all our problems. Transparency is never bad for democracy. Failing to tackle income inequality is.

TRACEY DAVIES: Breaking the grip of the boys’ club

Company boards are still far from representative when it comes to gender — almost purposefully so, it seems
Opinion
1 year ago