Tax administrations everywhere are increasingly understanding the importance of measuring outcomes. Yet ‘outcomes’ is something that the SA Revenue Service has been worryingly poor at 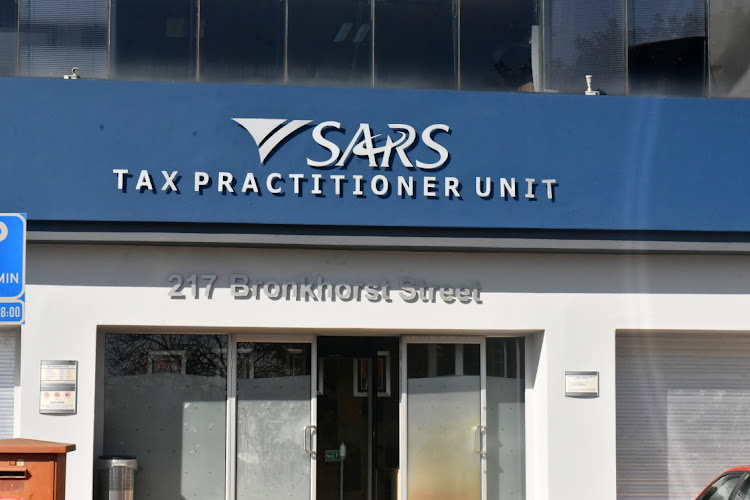 For a brief moment a few years ago, the SA Revenue Service (Sars) basked in glory, raking in the accolades from international tax experts as the little agency that could.

It punched well above its weight and earned a seat at the table with the best global tax administrations. Then, it lost its shine — somewhere between capture and corruption, malice and mismanagement.

Today, the only feasible option is for Sars to go back to the drawing board to get the basics right – again.

It’s not all broken, though.

SA still scores relatively well on the ease of doing business rankings: it takes a business on average 210 hours to comply with its tax obligations, compared to the global average of 234 hours. And a healthy 44% of Sars staff are between the ages of 35 and 44 — old enough to have experience, young enough to challenge the status quo.

Sars has also always been at the forefront of adopting new approaches: it was an early adopter of electronic filing; it introduced automation at a pace very few international agencies could; and last week, it launched its SMS service, making it more accessible to taxpayers.

This is fancy footwork — but perhaps, rather than implementing a new SMS service, Sars should rather focus on fundamentally reviewing the basics.

In particular, tax administrations everywhere are increasingly understanding the importance of measuring outcomes. It almost doesn’t matter how much you do – what matters is what difference it makes, what outcome it achieves.

The level of taxpayer compliance, of course, is entirely dependent on a few factors.

Taxpayers need to know what their obligations are, and find it easy to comply; there needs to be a high likelihood of noncompliance being detected; penalties must be severe enough to actually influence behaviour; the tax agency needs to be viewed as fair and transparent; and government spending needs to be fiscally responsible.

SARS may not control all of the factors, but it certainly controls the vast majority.

Yet even Sars’s own data suggests low levels of tax compliance — only 66% of taxpayers seem to view compliance as important.

If I were Sars commissioner Edward Kieswetter, I’d be asking some pretty awkward questions about the fundamentals right now.

For a start, the entire tax administration process is wholly reliant on an up-to-date register of taxpayers. This is the most fundamental of building blocks — but Sars’s register is far from clean.

As it happens, 17% of taxpayers on the personal income tax register are inactive. In other words, they have no business being on that register at all. Conversely, only 33% of our population are active taxpayers — far below the global norm of 48%.

The second sine qua non is that taxpayers must submit their returns on time.

But they don’t. Half of our VAT taxpayers – 400,000 of them — don’t file on time. Equally, a staggering 89% of our corporate income taxpayers — 3.6-million of them — file their returns late. This is more than three times the international norm of 24%.

And, even after those recalcitrant taxpayers finally submit their returns, Sars’s capacity to audit them is weak. Only 12% of its employees are dedicated to audit and investigations, which is, again, far below the international norm of near 30%.

This makes it all the more critical that the capacity it does have is focusing on the right issues, and is effective at identifying proportionately higher-risk taxpayers.

Again, the data hints that neither may be the case. For instance, a relatively high 9% of individual taxpayers are audited (compared to the international norm of 2%), despite these audits contributing as little as 1% of the personal income tax which Sars collects.

But at the same time, audit strike rates – the percentage of audits that yield a result – are worryingly low, ranging from 11% in payroll tax audits, to 42% for VAT audits (the international norm for the latter is 59%.)

These strike rates are an important indicator, because they reveal the health of an agency’s risk scoring mechanism: poor strike rates mean the agency is weak in identifying who to audit.

Against this backdrop, using resources wisely is critical. Sars needs the right people, focusing on the right issues, using the right tools.

But it’s finding it difficult to do this.

In part, this is because Sars is understaffed. Each of its staff members services the equivalent of 4,175 taxpayers – the international norm is about 3,000 taxpayers per staff member.

That disparity is only worsened by an odd distribution of staff, with 53% of them performing “other” functions, which is worryingly high when compared to the international norm of 19%. (What are these “other” people working on?)

Were there an appropriate risk management strategy, it would allow Sars to focus on the right taxpayers and the right issues. Which isn’t happening.

Sars itself admits it doesn’t use behavioural insights or predictive modelling; it does not have any specific initiatives to influence taxpayer behaviour; and taxpayer behaviour is not one of the selection criteria for audits and investigations.

This is easily the most strategic investment Sars could be making in itself. It’s the magic bullet that both compensates for weak capacity and secures compliance.

This is vital, since there are only so many options when it comes to compensating for weak capacity. You can reduce the workload; push for automation; focus on centralisation; outsource operations; and simplify its processes. But all of these options require money.

At its heart, the reality is simple. We don’t need First World service solutions, and we don’t need more sophisticated policy options.

What we do need is for the government to invest in Sars, so that it can get back to the basics and deliver on its core mandate: securing compliance.

*Snyckers is an independent illicit trade expert. Her exposé on the role of Big Tobacco in fuelling illicit trade – Dirty Tobacco – was released in 2020 and was recently shortlisted for the prestigious CNA /Sunday Times (previously the Alan Paton) award for nonfiction. You can follow her on Twitter @telitasnyckers

If we, as outsiders, can gauge this much from a cursory review of the public information, imagine the dots which Sars could connect
Opinion
5 months ago

If the Moyane era taught us anything, it’s the importance of keeping a close eye on developments at Sars
Opinion
8 months ago

The report by public protector Busisiwe Mkhwebane about the unit was rejected by the high court yesterday. What lay behind the allegations of ...
Opinion
9 months ago

While Sars’s annual reporting is relatively meticulous, there are many little foxes in that vineyard that hide behind blank pages
Opinion
10 months ago
Next Article