If we, as outsiders, can gauge this much from a cursory review of the public information, imagine the dots which Sars could connect 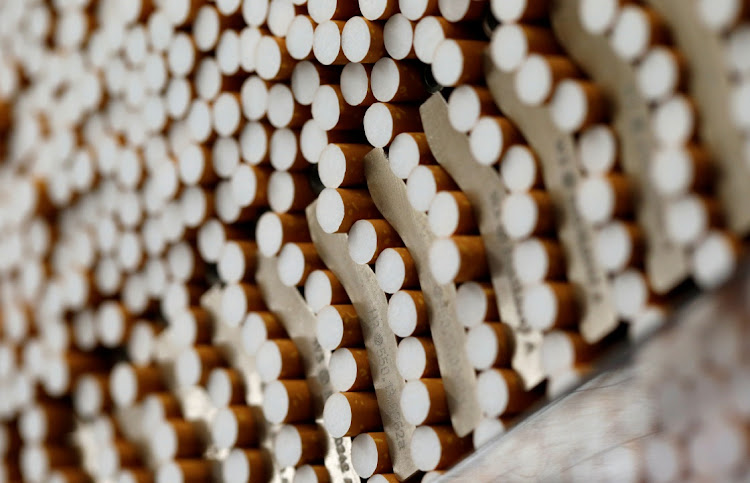 I’m tired of talking about tobacco — it leaves a bad taste in my mouth. It’s my personal Groundhog Day. But I don’t really have a choice: we need to keep talking about the immense holes in the system, until something changes. In recent weeks, you’ll have seen a new rash of articles about poor behaviour from big tobacco.

If it wasn’t British American Tobacco (BAT) being caught with their pants down in Mali; it was allegations that BAT’s export stock is available on the SA market at below the tax rate.  And yet, at the same time, BAT was urging the SA Revenue Service to “clean up” the industry.

In truth, much of that is simply smoke and mirrors in a powerplay between the big guys and the little guys as they jostle for market share. But to focus on this would be to lose sight of the real questions we should be asking. The tobacco industry tells us it is under enormous pressure, which has been exacerbated by both Covid and the lockdown sales bans of 2020. Despite that, last year SA companies still managed to export 90% of the volumes they had exported in 2019. So, it’s not all doom and gloom.

Yet the data suggests there are some seriously odd things going on with our tobacco imports and exports. By digging into this, it should at least prod us to ask the right questions of both the industry and SA Revenue Service (Sars).

Overall, 36% of our tobacco imports are trash Take, for example, the fact that last year, SA imported roughly 22 tonnes of tobacco products — an astonishing 8 tonnes of which was “tobacco refuse.”

Tobacco refuse is simply the waste resulting from the manufacture of tobacco products — things like stalks, stems and dust. It’s not suitable for smoking, although some green fingers may occasionally use it to fertilise their soil. Of the top 10 largest tobacco consignments in 2020, 50% were consignments of “tobacco refuse” from Zimbabwe, which sent more than 6 tonnes of tobacco waste our way during 2020. Far-flung countries like Denmark, Serbia and Singapore also sent us their tobacco waste.

Why was this? What is the commercial substance behind 36% of our tobacco imports being, literally, trash? Or, as the skeptics might say, could it simply be a matter of systemically pervasive misdeclaration, given that the import duty on waste is significantly lower than the duty on cigarettes or tobacco leaves?

The Swiss, Namibian and Singaporean conundrum

Now, SA doesn’t just import cigarettes from Switzerland for its own use — many of the consignments are only on transit through SA on their way to another destination.

Overall last year, there was a small 2% increase in SA’s tobacco exports compared to 2019 – yet there was a whopping 213% increase in tobacco exports from SA that had originated in Switzerland. For this maths to work, SA should consequently first have seen a sharp increase in tobacco imports from Switzerland. Instead, while we were exporting exponentially more Swiss cigarettes, we were importing far fewer cigarettes from Switzerland, dropping from $38m in 2019, to $21m in 2020. Clearly, this just doesn’t add up.

The data from Namibia raises just as many questions.

Last July, I wrote an article which raised questions about our odd cigarette exports to Namibia. Last year, more than 20% of SA’s tobacco exports – 310 consignments — were headed for Namibia. Yet we continue to see a vast disparity in the value of tobacco products declared upon export from SA to Namibia, and those declared for import into Namibia. In 2020, manufacturers declared that 3,536 tonnes of tobacco left SA destined for Namibia, but only 2,540 tonnes seem to have made it there. The value when it left SA was $30m which, in the blink of an eye, reduced to $23m as it crossed the Namibian border.

Clearly, something is up. And that’s before you consider the small problem that Namibians actually only smoke around 731 tonnes of cigarettes a year.

You can see why this disparity might happen: there is no duty payable on export, and you don’t have to pay VAT on cigarettes that have been exported, so there is every incentive to fully declare — or even overstate — what you’ve exported. By contrast, there is a duty payable upon import, which is an incentive to declare a lower value on the other side of the border.

Oh, and during 2020, around 130 consignments of “tobacco extracts” were ostensibly headed for Namibia – some 25 tons of it. But with no notable tobacco manufacturing in Namibia, what is it doing there? There are other notable questions that arise from the data. For example, Singapore does not have any cigarette manufacturing capacity — and yet SA exported 217 tonnes of tobacco to Singapore in 2020.

Now that’s an awful lot of tobacco to squeeze into that tiny red dot. The best guess would be that Singapore is not the real destination, but it is simply declared as that to avoid anybody tracing where it’s really going. Or the tobacco is headed to the black hole that is a 'free trade zone’, from where its origins and destinations can easily be obscured.

In August, Sars commissioner Edward Kieswetter told us that the strategy to deal with illicit cigarettes was still being ‘refined’. That doesn’t leave a whole lot to go on — including where Sars stands on introducing traceability to the tobacco supply chain.

For instance, how is Sars ensuring that production volumes are being accurately declared? How is it ensuring that manufacturers don’t claim cigarettes were exported when in fact they’re being sold on the local market? How many scanners does Sars have operational at borders to detect hidden compartments in trucks or containers? And, while we’re at it, what happened to those investigations that were ready for prosecution when former Sars commissioner Tom Moyane shut them down? How do volumes of imported cigarette filters compare to volumes of cigarettes ostensibly being manufactured? I asked this last year — and to date, we’ve received no answers.

It’s Groundhog Day, all over again.

If we, as outsiders, can gauge this much from a cursory review of the public information, imagine the dots which Sars could connect thanks its access to vastly more comprehensive data sets. I wish we didn’t keep having to ask the same questions, and getting no answers in return. But we need to keep taking about it until there is real change — all of us.

*Snyckers is an independent illicit trade expert. Her exposé on the role of Big Tobacco in fuelling illicit trade – Dirty Tobacco – was released in May 2020. You can follow her on Twitter @telitasnyckers

The supermarket chain says it lost R4bn in sales during bans on alcohol, tobacco and other products
Companies
1 month ago