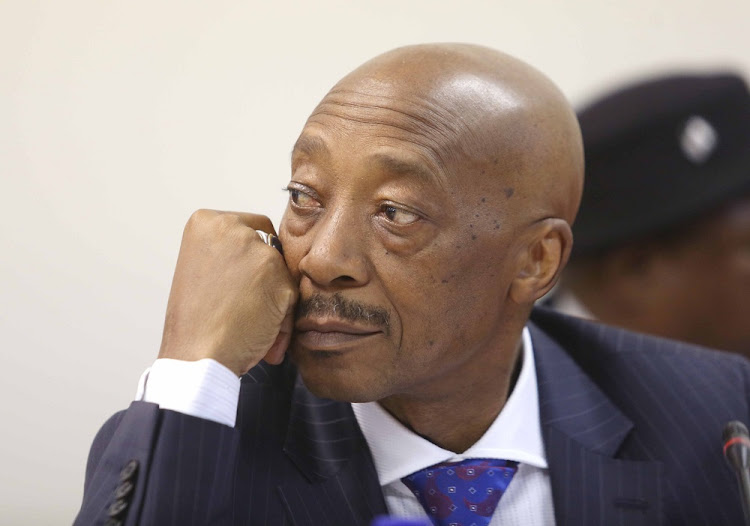 Last week, as public enterprises minister Pravin Gordhan testified before the Zondo commission, the question once again turned to whether there was, indeed, some unit that went “rogue” at the SA Revenue Service (Sars).

In essence three key issues have been at play: whether there was some sort of hidden investigative unit; and if so, whether it was established lawfully and what exactly it did. It seems timely and prudent to have a look — again — at what the evidence actually suggests.

The origin of the ‘rogue’ nomenclature

The “rogue” narrative had three key proponents: The first was attorney-turned-spy Belinda Walter, who played to the narrative on every platform imaginable: from an interview with Carte Blanche to an affidavit in support of tobacco manufacturer Martin Wingate-Pearse. Her claims were found by the high court to be completely unsubstantiated. (Incidentally, the same Walter was declared a “problematic witness” by the Western Cape High Court in another matter.)

Perhaps the only reason Walter’s version gained any kind of traction was because of her close association with both British American Tobacco and the State Security Agency, both of which had an axe to grind with Sars.

The second proponent was a disgruntled Sars official, Mike Peega, who had been dismissed after his arrest in connection with rhino smuggling and subsequently sought to destabilise Sars with his fake “Operation Snowman” dossier.

Arguably, Peega’s version gained some kind of traction because of his apparent relationship with Julius Malema, then deputy minister of police Fikile Mbalula and other influential ANC personalities like Zizi Kodwa, which was widely reported about at the time.

The third person driving the “rogue unit” narrative was one-time Commissioner Tom Moyane, who has since gone down in an inglorious blaze of allegations of impropriety, in part involving his close relationship with Jacob Zuma, himself ostensibly being the subject of a Sars investigation.

As for who coined the term “rogue unit”? It was the brainchild of the Sunday Times, first published on12 October 2014. The label stuck.

So where was the evidence?

By all accounts, the unit was established lawfully. Legal opinions were obtained prior to its establishment, it was reflected on the Sars organogram, its cost centre was properly and transparently accounted for and annually audited, its members received IRP5 tax certificates, vacant positions were openly advertised and it was subject to the same checks and balances that applied to other Sars units.

Advocate Muzi Sikhakhane, who drew up a report on the unit, said he had decided on his own to look into allegations of an improperly constituted unit at Sars — no doubt attributable to Peega’s and Walter’s flights of fancy — and without once interviewing a single member of the unit about the issue.

Sars recently (finally but quietly) distanced itself from the Sikhakhane report. And even Sikhakhane himself noted that the unit had never gone beyond desk research of its subjects and that there were no indications of the unit having had access to equipment of any sort.

Judge Frank Kroon, the former chair of the Sars advisory board who declared the unit unlawful, later admitted under oath that he had merely relied on Sikhakhane’s report at face value. He said the establishment of the unit would have been “perfectly lawful,” and apologised through the Judicial Services Commission to unit members and their families. A report by KPMG that was subsequently wholly withdrawn and is now the subject of reparations talk was diluted with the odd disclaimer that it could not be referenced or relied on for any purpose whatsoever. A secret inspector-general of intelligence report was reviewed and wholly set aside in 2020.

Finally, yesterday, the North Gauteng High Court killed off the report of public protector Busisiwe Mkhwebane, who had concluded there was a rogue unit.

The court said: “The report fails at every point. We are satisfied that the report is the product of a wholly irrational process, bereft of any sound legal or factual basis. [Mkhwebane] allowed her important office to be used to try to resuscitate a long-dead fake news propaganda fiction.”

Her report had been little more than an echo chamber of the sloppy work of others, and its dismissal comes as little surprise.

These were the reports which detractors of the unit rely on — and now every single one of them has been discounted.

Or, looked at from the other side, there is not a single authoritative report that suggests the existence of any scallywag units at Sars; not a single piece of evidence, simply circular references that all come from the same sources.

So what did the unit actually do?

If not rogue, what did this unit actually do before it was shut down by Moyane?

Over its lifespan it conducted 81 projects focused on tax, customs and excise contraventions by high-risk organised crime syndicates. It did the type of data mining and matching research that any good forensic investigator or journalist would do.

Much of the unit’s work was well covered in the media: the seizure of 5t of abalone, in conjunction with members of a special police task force unit and the National Prosecuting Authority (NPA); the investigation, in conjunction with the Hawks, of drug lord Warrick Walsh, who was sentenced to 15 years’ imprisonment; the seizure of cigarettes to the value of R45m and the investigation into international fugitive Radovan Krejcir.

Not only did the media know about the existence of the unit, but so did the police, the Hawks and the NPA.

Why didn’t Sars speak up sooner?

Before the Moyane era, Sars worked to actively dispel allegations of impropriety. It briefed media houses, gave personal briefings to parliament’s standing committee on public accounts and on finance, and spoke to the commissioner of police, the directors-general of the various intelligence services, the auditor-general and the presidency.

But here’s the rub: senior managers at Sars who gave these briefings — before the Moyane era — have been disquietingly silent in recent years. Their silence during the Moyane era can perhaps be understood, but why the silence after Moyane was removed from his post?

Why, when their own came under attack, didn’t they step up and say something? Had they, themselves, perhaps become captured, sitting on their memos and evidence, while their colleagues were being burnt at the stake? Or did they fear the same kind of vicious, politicised persecution their erstwhile colleagues were subjected to?

*Snyckers, an independent expert on illicit trade and former SA Revenue Service executive, is the author of an exposé released in May on the role of big tobacco in fuelling illicit trade :Dirty Tobacco: Spies, Lies and Mega Profits

While Sars’s annual reporting is relatively meticulous, there are many little foxes in that vineyard that hide behind blank pages
Opinion
5 months ago
Next Article

Mkhwebane launches a broadside at the three judges who dismissed her bid to ...

Mkhwebane launches a broadside at the three judges who dismissed her bid to ...