With characteristic amnesia, the party’s plan to start the company ignored the fact it already has – and it’s not a pretty story 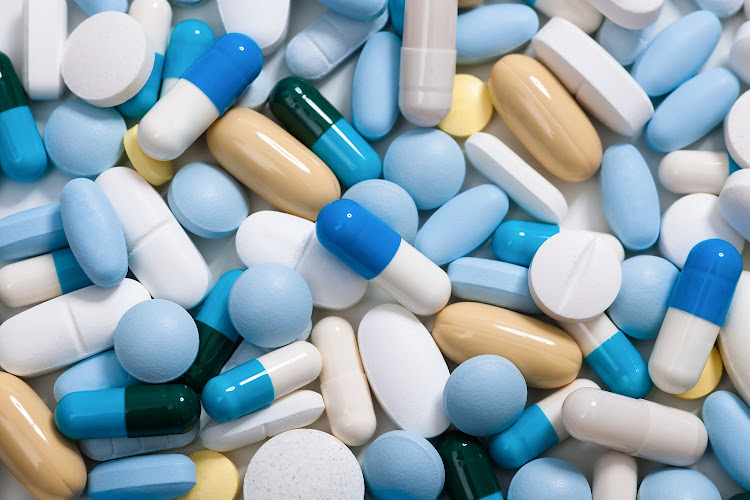 There’s nothing like a crisis to reanimate the Groundhog Day politics of the ANC.

Public outcry at Covid-related corruption? Pay lip service to a 2015 national general council recommendation that tainted party members should step aside from their positions.

EFF populist posturing on land? Remember a (failed) commitment to ownership transfer and rush to give effect to expropriation without compensation.

“Organisational renewal”, “social compacting”, “restructuring state-owned entities”, “party unity”, “energy security” – all terms that have become meaningless in both their circular recurrence and the absence of action.

This week’s iteration of old wine in new bottles was the national executive committee (NEC) pronouncement of the need – made apparent by SA’s attempts to acquire Covid vaccine stocks – to expedite “the [party] resolution on the establishment of a state-owned pharmaceutical company”.

Only, there already is one.

Back in 2007, at its Polokwane conference, the party resolved to set up a state-owned pharma company.

Remarkably, it actually did so in 2012, with the launch of Ketlaphela, initially a joint venture with Swiss group Lonza, to manufacture active pharmaceutical ingredients, or APIs. (This 2018 article by Business Day’s Tamar Kahn provides useful background information).

Today, the company is wholly owned by Pelchem, a subsidiary of the Nuclear Energy Corp of SA – home of managerial musical chairs and R203m the poorer after its last financial year. (In May, it insisted to a parliamentary portfolio committee meeting that things are looking up, and it’s expecting a loss of just R61m in the current year.)

The initial idea was to focus on manufacturing antiretrovirals for the health department since SA is the largest global consumer of these drugs. It would then gradually expand to meet the need for ARV and other drugs generated by the region. It was a noble idea, ensuring security of a national supply of life-saving drugs at a competitive price, and then branching out regionally.

After Lonza pulled out in 2013, Ketlaphela switched focus to consider the much less ambitious target of simply sourcing and supplying the health department with Ketlaphela-branded ARVs, while government sought a new private partner.

In 2018, it turned its focus back to the manufacturing track – and reports suggest it has found a partner in Indian pharmaceutical company Macleods.

The bottom line though, is that to date, it has manufactured not a single drug.

It’s worth reading all of Catherine Tomlinson’s excellent Ketlaphela explainer for website SpotlightNSP, but here are some interesting take-outs:

It’s a pity that the ruling party seemed to have forgotten its own, earlier drug ambitions, but it’s equally telling that it was reminded of them by the government’s lackadaisical approach to securing a Covid vaccine.

In the words of Shabir Madhi, in this video interview with judge Dennis Davis for Maverick Citizen, the government has “dropped the ball”: SA should have started negotiating with drug companies six months ago to secure preferential access to a vaccine, he says.

For one thing, SA could have leveraged the fact that it’s the site of various clinical trials for the vaccine, allowing it to negotiate price and supply.

Should have, but apparently didn’t.

And so we’re only likely to start seeing a vaccine in the second half of 2021, by Madhi’s estimate – a frightening thought, given that he expects current super-spreading events (thanks, Matric Rage) to push SA, by February, to the same transmission levels we saw in May and June.

“We don’t need a vaccine when the pandemic has passed. We need one while it’s ongoing,” he said.

Perhaps it’s no wonder the ANC seems to have forgotten the existence of a proudly SA-owned drug company, given its preoccupation with survival of an entirely different sort.

The hot topic of the recent NEC meeting was, after all, the political future of Ace Magashule.

The ANC secretary-general – the picture of tenacity, if there ever were one – will now present himself to the party’s integrity commission this weekend to give his version of events around the multimillion-rand asbestos tender scandal.

It’s the NEC’s accountability tap dance: a show of commitment to its 2015 resolution – reiterated in 2017, reiterated in August, reiterated on Tuesday – that those facing charges of corruption should step aside, without actually taking a firm stand against one of its own.

In other words – on my reading, at least – they’ll go through the motions and send a decision back to a split-down-the-middle NEC.

Things may have played out differently if the integrity commission had teeth.

But strengthening the NEC is something the ANC has been promising since the body of elders was first constituted in 2013 – reiterated after the NEC’s August meeting, and reiterated on Tuesday, when the NEC noted the urgent need for the secretary-general’s office and treasurer-general to ensure the commission “is provided with the necessary resources to carry out their responsibilities”.

Of course, when the party actually had the opportunity to beef up the commission, at its Nasrec conference in 2017, it kicked the can down the road. It left that task to this year’s national general council – now postponed – to formalise its “terms of reference” and “constitutional status”.

Steel yourself for more empty homilies reaffirming “moral regeneration” and an accountability “line in the sand” that has, in reality, long been obliterated by the winds of corruption.

We’ve watched this movie before.

By late November, 9.8-billion doses of Covid-19 vaccines had been preordered around the world – before a single candidate had come to market. None ...
Opinion
6 months ago

SHIRLEY DE VILLIERS: Ace is no joker in the ANC pack

In Magashule’s Animal Farm world, he will not step down from his lofty position, despite facing multiple counts of fraud, corruption and ...
Opinion
6 months ago

SHIRLEY DE VILLIERS: Covid vaccines: the good, the bad, and the unknown

PETER BRUCE: So the ANC is more united than before against the corrupt — ...

PETER BRUCE: So the ANC is more united than before against the corrupt — ...