The UK is about to roll out vaccinations to the elderly and home care workers, and the US will probably decide about the matter this week. But in this country it’s not clear where we are in this process 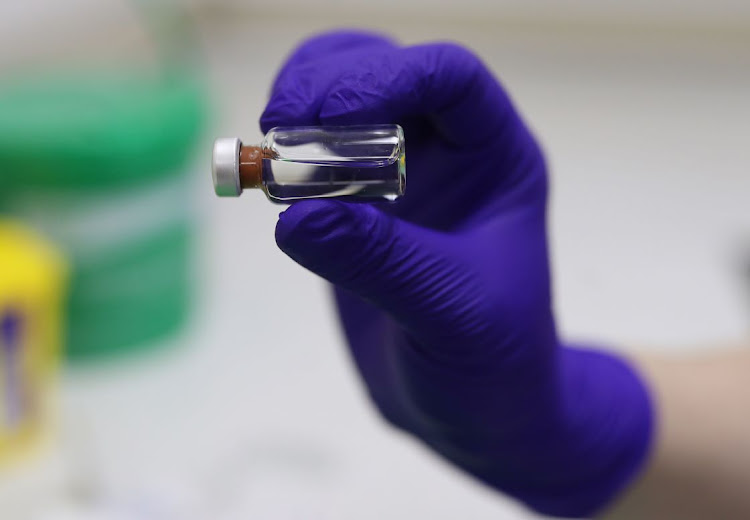 So, when can South Africans hope to get access to any of the Covid-19 vaccines?

It’s hard to say, since Zweli Mkhize’s department of health seems to have taken an executive decision that the country has “communication fatigue”, and has stopped telling people what’s going on. (Actually, minister, the country just has “Covid fatigue”, and can’t wait for the nightmare to end.)

Pretty much since he “reconstituted” his ministerial advisory council two months ago to axe the more outspoken medical professors — Glenda Gray, Shabir Madhi and Francois Venter — the silence has been chilling. And this is especially scary right now as SA is watching an ever-escalating second wave from the shoreline, without any clue when the sandbags are arriving.

This week, Venter told Bloomberg: “What worries me about the government is the clear lack of communication. We’re all sitting here terrified, not knowing if we get the vaccine.”

Yesterday Barney Mthombothi wrote in the Sunday Times that the government “seems hopelessly unprepared — if it has a road map, it’s not telling”.

He wrote: “What the country wants to know is the way forward. What is the vaccine rollout plan — when will it be available, what are the budgetary details, who will get priority and by when does the government expect the entire country to be vaccinated?”

That shouldn’t be too much to ask. From tomorrow, the UK will begin administering the Pfizer vaccine to those over 80 years old and home care workers. The US is also likely to decide this week whether to greenlight the vaccine. But here in SA, who knows where we are in this process.

Finally, on Friday, Mkhize’s department released a vague statement, saying his advisers are “developing a strategy for the implementation of a Covid-19 vaccination rollout ... [including] a review of available resources, services delivery platforms and the required investment”.

(It sounds quintessentially South African, what with talk of “reviews” and “developing a strategy” but no time frames or specifics. Still, it’s probably a minor victory that we’re not planning a lekgotla or convening another council to debate the necessity.)

However, the health department has denied that SA missed the deadline to make the first payment that will entitle it to be part of the Covax programme, in which 187 countries have pooled together resources to negotiate with the manufacturers of nine vaccine candidates. Rather, the Solidarity Fund will make the first payment of R327m — of the R2.1bn it will cost to vaccinate 10% of the population — by the deadline of December 15.

Unfortunately, that still leaves the main questions unanswered — such as when we’ll actually get any vaccine.

Reports last week suggested this will happen only towards the middle of next year, but Wits University health economist Alex van den Heever says that actually, we need the vaccine before April.

“We do not want a situation in which ... we are in the midst of winter and still struggling to get a vaccine. If we get to that situation, I fear our second wave will be worse than the first. It will be difficult to contain unless we have a vaccine and ... enough doses for the population,” he told the Sunday Times.

Van den Heever says the government needs to get its act together within the next month. “With it being shown that we are not good at preventing the spread through nonpharmaceutical interventions, if we don’t start to vaccinate soon we could have deaths and infections which could have been prevented,” he says.

Pfizer’s vaccine (price: R140 each) costs less than Johnson & Johnson’s (price: R466 for the two doses), he says. In whole numbers, the Pfizer vaccine would cost R5bn to vaccine 60% of SA’s population, vs R16.7bn for the J&J vaccine.

But either way, who’s going to pay for this? And who will get left out?

Fatima Hassan, who heads nonprofit group the Health Justice Initiative, has asked the government to clarify these details. “We are concerned about the government’s readiness in relation to the access and allocation of Covid-19 vaccines because of the predicted high pricing, global shortages and high demand, which may even require rationing. And [about] the determination of an equitable allocation of such vaccines within SA in light of the dual nature of our unequal health system and the vast disparities in access,” she said.

Hassan hadn’t got any response by Friday.

But perhaps you can’t blame the government for taking its eye off the ball.

At the highest level, the governing ANC has been spending all its time arguing about whether people accused of corruption should step down (just guess what the majority of their legal opinions said, according to this article by the Daily Maverick’s Ferial Haffajee?). And, at the lower levels, civil servants have been entirely occupied in studiously avoiding doing the barest minimum to stop their municipalities from imploding.

As an indication of just how criminally incompetent local government has become, read this article from GroundUp.

It explains crisply how it took nonprofit group Gift of the Givers just three days to drill boreholes and bring water to 138 villages in Ngqushwa in the Eastern Cape — something the government hadn’t been able to do in many years. Taps ran dry in Feni village nine years ago, for example, and true to form, the government did precisely squat to remedy the situation.

When deputy water minister Pam Tshwete was asked by GroundUp why Gift of the Givers was able to do in days what the municipality hadn’t in years, she spoke unconvincingly about “water quality”.

It’s little wonder then that there’s no small amount of scepticism of this government’s ability to roll out a mass vaccination programme. Even if it could communicate properly.

If you think Hlaudi Motsoeneng and Stella Ndabeni-Abrahams are fiscal ignoramuses, the trade unions lose nothing by comparison
Opinion
5 months ago