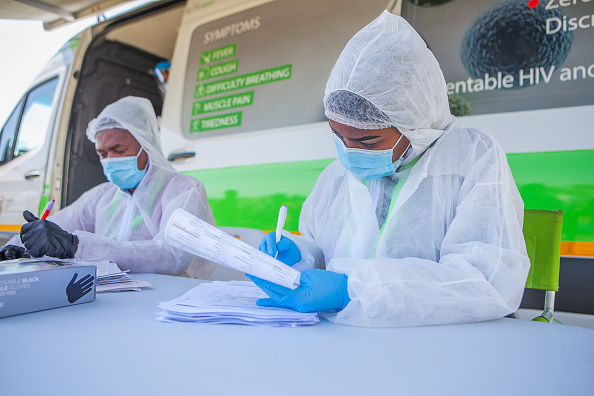 It is too early to say that the global economy is entering the recovery phase after the humanitarian and economic damage inflicted by the Covid-19 pandemic. However, there are already three mega-trends emerging that will also shape Africa’s economic future – the three “Ds” of the emerging new world order.

The world is no longer converging but rapidly diverging in an alarming manner. Simple proxy indicators are air travel and shipping volumes, both of which have all but collapsed in recent weeks in the face of shutdowns and travel restrictions.

With the global shutdown having impacted countries that account for over 80% of global GDP, the World Trade Organisation (WTO) recently warned that as a worst case, trade could collapse by as much as a third this year. Even considering its most optimistic scenario, the WTO forecasts that trade could fall by 13% in 2020, a similar drop in trade as recorded in 2009 after the (Atlantic) financial crisis.

The demand shock is being exacerbated by protectionist sentiment. Countries are clearly not actively promoting liberalised trade, seeking economic solace through protectionism. Multilateralism is now unfortunately on the backburner. Rising trade frictions will result in increased trade polarisation, especially targeted at China, which is likely to respond in a similar fashion. We are likely to see a rapid erosion of the principles of free trade that will likely delay the global economic recovery.

Another trend is the likely reinforcing of Asia as a trading bloc, with China at its centre. In light of China’s demand for commodities, both for its infrastructure roll-out and its industry, this will have strategic geo-economic consequences for developing countries, which have primary commodities as their main exports.

Already a minor player in global trade terms, Africa is in danger of even further marginalisation as a result of these macro trends. It is inopportune that the AU has decided to postpone the implementation of the African Continental Free Trade Area (AfCFTA) agreement to next year, perhaps the most ambitious free-trade project since the WTO itself. It is envisioned that, through reducing barriers to trade, the economic prospects of a continent of over 1.3-billion people with a combined GDP of $2.5-trillion – almost identical to India’s – will be boosted. It has been calculated that if Africa were to increase its share of global trade from 2% to 3%, the one percentage point increase would generate about $70bn of additional income per year for the continent.

The continent can do little to counter the global forces inclining towards de-globalisation, but it can itself embrace a self-supportive regionalism through enhanced intra-African trade. Almost countercyclically, actively promoting trade liberalisation to encourage new areas of growth would be a pragmatic response to the reduction in global trade, not to mention promoting Africa as an enhanced destination for investment from multinationals.

Debt, and the fiscal sustainability of countries

The outflow of capital from the emerging world has been huge in recent months and has left deep holes in developing countries’ finances. Facing rising fiscal deficits, over 100 countries have applied to the International Monetary Fund (IMF) for emergency funding. In addition, the G20 has called for a debt moratorium from bilateral sovereign creditors to provide payment relief to highly indebted African countries. Private creditors, however, have been less forthcoming, choosing to review debts on a case-by-case basis. It is imperative that multilateral financial institutions move rapidly to alleviate the dire financial situation in many capital-constrained African countries.

Among Africa’s largest creditors are China’s so-called “policy banks” that have been extensive lenders to African countries over the past decade or more. It is to be expected that the continent’s debt will increasingly become politicised between Western creditors and China.

Most importantly, African states can only remedy the growth-suppressing burden of debt through renewed growth in their own economies. It is imperative that Africa’s aspirant emerging economies embrace true structural reform in order to unlock growth and enhance their competiveness for the longer term. Ultimately this should become the tangible legacy of the Covid-19 crisis.

Covid-19 is acting as an accelerant for the adoption of digital technologies as companies seek to boost competiveness by slimming down and reducing established costs in their business. The embracing of remote work could impact many economies that are ill-prepared for rapid change driven by technology and behaviour. This shift could delay an economic recovery in many developing African states. But there are exceptions. Rwanda is seeking to set itself up as a tech-enabled services economy that is better able to leverage innovation in a post-Covid economy.

The crisis will leave lasting scars in a new but challenging world order. The crisis has undoubtedly revealed the fragility of the growth models of developing countries and threatens to deepen the divide between advanced economies and the global South. Rwandan President Paul Kagame has said it could take “a generation or more” for many African countries to recover from the pandemic.

How African states respond and adapt in the coming months to these destabilising three “D” forces will have significant implications for their future economies and societies. The future appears to be one of increasing divergence between the advanced and developing world. The ability to counter the crisis and adapt will require a change in many stagnant political systems of African states that continue to impede change, now more than ever before. If this shift does not take place, then the quest for structural reform and inclusive growth will remain unachievable.

The Covid-19 outbreak has wreaked havoc on global health systems, with lockdown measures completely disrupting personal and work lives across the ...
Opinion
10 months ago
Next Article

Post-lockdown SA: 5 lessons from our future

How pandemics fuel the rise of mega-corporations

JUSTICE MALALA: Small businesses, beware: you are about to be massacred

Post-lockdown SA: 5 lessons from our future

How pandemics fuel the rise of mega-corporations

JUSTICE MALALA: Small businesses, beware: you are about to be massacred