Actually, given the absurd flip-flopping on policy that's worthy of a Monty Python script, panic-buying of booze is the rational response 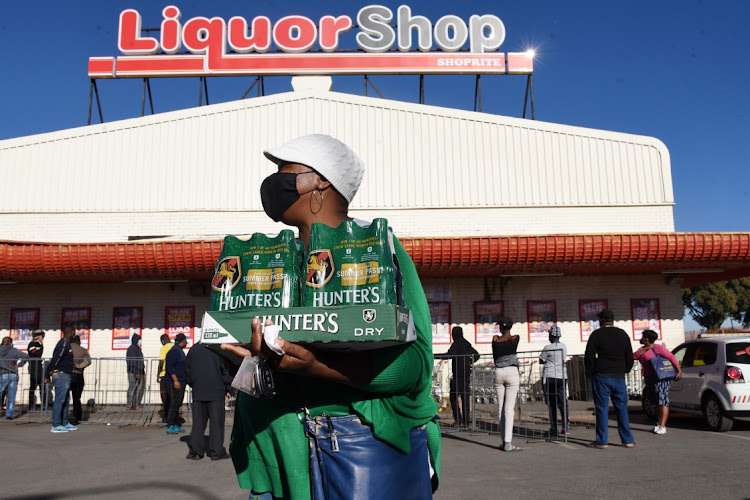 It all began, predictably, with that klaxon of truth, WhatsApp, where voice notes ominously warned of an imminent reinstatement of the ban on the sale of alcohol. Faced with the fresh horror of indefinite sobriety, SA sprang into action. By lunchtime, anxious queues had formed outside bottle stores, where shelves soon started to look decidedly bare.

Then the presidency weighed in. “No such calls have been tabled before the national coronavirus command council at this point,” spokesperson Khusela Diko told TimesLive.

In other words: don’t panic.

Around the same time, that other seat of power – the ministry of co-operative governance & traditional affairs (Cogta) – proved no slouch in the party stakes either, with spokesperson Lungi Mtshali telling News24: “Cabinet has not even met since the regulations came into effect, so there hasn’t even been a discussion on the matter.”

Only, a fair number of law-abiding citizens did just that. After the fiasco of the tobacco flip-flop, many simply refuse to take any proclamation issuing from presidency at face value. Especially since nobody knows who’s actually running the show.

Nor can you blame them: the presidency has repeatedly pointed to the national coronavirus command council (NCCC) as the voice of authority on Covid matters, but then Nkosazana “Master of Disaster” Dlamini Zuma, who is the face of the NCCC, tossed the ball back into the cabinet’s court.

That’s putting lipstick on a pig. This isn’t just about poor political messaging; it’s a real credibility crisis – and it’s one of the government’s own making.

At the centre of it all is an opacity around decision-making that runs deep.

Monty Python would be envious

In what looked like a magnanimous opening of its books, the government revealed more detail about the NCCC this week. In responses to parliamentary questions, President Cyril Ramaphosa and minister in the presidency Jackson Mthembu held the same line as Dlamini Zuma in her affidavit, noting that the NCCC is a cabinet committee, comprised of the whole of cabinet, that holds no decision-making power, and that meets three times a week.

Of course, this isn’t new – Diko told the FM as much five weeks ago.

But we still don’t know how it all works.

“All NCCC matters with policy implications are referred to the cabinet for decision-making,” Dlamini Zuma says in her affidavit. “There is generally a seamless line between discussions that happen at the NCCC and the decisions that ensue and are taken by the cabinet or the relevant minister.”

After a jolly old debate, they adopt the recommendation. How’s that for efficiency?

To add another layer of farce, News24 reports that the cabinet has decided it will now defer some decisions on recommendations on level 3 from the NCCC (from itself, in other words) until it has heard a health assessment from the ministerial advisory committee on Covid-19.

“While the NCCC had deliberated on inputs made to it, cabinet wants the group of 50 scientists advising government to weigh in first,” writes News24’s Qaanitah Hunter.

Oh good, the government is turning to science. But the subtext here is that the advisory council hasn’t had much opportunity to offer advice in the very small policy-making space – that “seamless line” Dlamini Zuma talks of – between the NCCC and the cabinet.

The absurdity belies very real issues around legality, responsibility, oversight and parallel structures of power, as Marianne Merten makes clear in this analysis in the Daily Maverick.

And that raises the spectre of the abuse of power – or at least the misuse thereof.

If we don’t know who makes the rules, and on what grounds, then we have every reason to question the motivations behind them.

Was the taxi capacity flip-flop simply about the power of the taxi lobby? Was this decision the sole domain of transport minister Fikile Mbalula? Do religious institutions have undue influence over policy? Is Dlamini Zuma stretching the science in a personal crusade to turn SA into a nation of nonsmokers?

“Restrictions will fail if they lack legitimacy: people may not like obeying them, but, if they accept they are there for a good reason, they will comply,” University of Johannesburg political studies professor Steven Friedman writes in this article on The Conversation Africa website. “If they don’t, even thousands of troops will not get them to obey.”

It has spawned a situation where “concessions seem based purely on who shouts loudest”.

Filter out the noise, and it’s clear this isn’t about being able to buy cigarettes or alcohol. It’s about knowing that we’re in the right hands – that the decisions our leaders make are rational, predictable and consequent. Instead, we are facing a crisis of confidence.

Until this is resolved, panic-buying booze is a rational response.

Malema says we’re led by fools and non-thinkers. Just occasionally, he hits the nail on the head
Opinion
10 months ago

As a World Food Programme expert warns of ‘catastrophic’ hunger, Covid-19 is shining a light on the inefficiencies of our food supply systems – and ...
Opinion
10 months ago
Next Article