This is the tale of how Wattpad is changing the world of storytelling one upload at a time. Jo Buitendach braved the new digital frontier 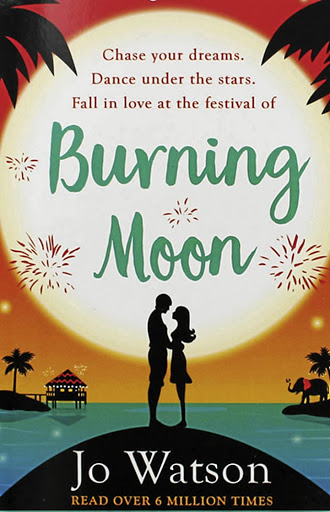 Rummaging through a second-hand book store’s well-worn tomes will always have its place, but more and more people are turning to e-readers. This is has been especially acute during the lockdown, with book stores shut. Online reading platform Wattpad is taking this relationship between reading and technology a step further and challenging the future of storytelling.

Wattpad is a free, user-generated stories platform that gives writers, many of whom are amateurs, a space to write and share stories. It gives readers millions of narratives to choose from, as well as an opportunity to comment on and interact with their favourite Wattpad authors. You could find yourself delving into some historical fiction, horror, LGBTQ+ stories or fantasy. But if you like a good page-turning, corset-ripping tale of love and lust, then Wattpad is definitely for you. Romance rules on this platform.

Founded in 2007 by Allen Lau and Ivan Yuen, the Toronto-based start-up aimed to "revolutionise how people discovered, shared and connected through stories". 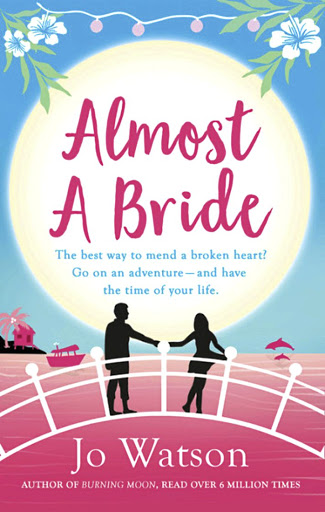 Initially their website offered readers free public-domain books that were not protected by copyright — Jane Austen’s Pride and Prejudice, for example. It wasn’t until technological advancements like the launch of the iPhone, the App Store and the rise in popularity of Android phones that the platform really found its groove.

The company now sees itself as a "global multiplatform entertainment company for stories" that is expanding using various avenues. Wattpad communications lead Kiel Hume says its profit comes from advertising and brand partnerships, television, film and book adaptations as well as a subscription offering and a paid content programme.

Now, 13 years since its launch, Wattpad boasts 80-million monthly users who spend a collective 23-billion minutes on the site. It offers more than 400-million uploads, and 90% of its users are Generation Z or millennials. Its largest markets are in the US (14-million users) but also, interestingly enough, in developing countries like the Philippines, Indonesia and Brazil.

If you think that data is interesting, Wattpad has a lot more where that comes from. Every time someone chooses to read a story, comments on a paragraph or votes on a favourite tale, this information is used by the platform to pinpoint the latest trends, what is resonating with an audience and what stories are gaining traction and popularity. 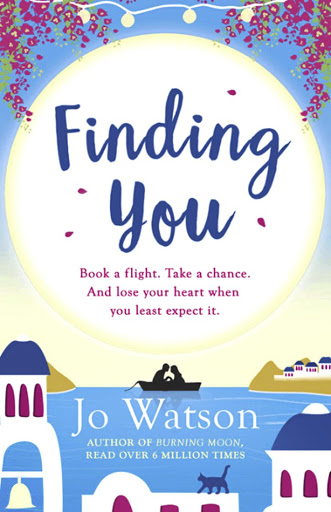 Using this information, Wattpad has branched out into a data-backed publishing division, Wattpad Books, which it sees as the future of publishing. This is an opportunity for amateur writers of all genres to be recognised and published. It’s a chance that many wouldn’t get otherwise.

Fourie Botha, a publisher at Penguin Random House SA, explains the complexities and stumbling blocks of getting a book published traditionally. Publishers get between five and 10 submissions every day from aspiring novelists, and they end up publishing between 5% and 10% of what is offered to them. Botha says it’s very hard to get a book published or to make a living as a writer in SA.

Surprisingly, or maybe not, he loves the idea of Wattpad. "Any writerly success on any platform," he says, "is a success for everyone else in the book world, as it attracts more readers, grows the market and brings money into the sector."

Building on the success of the publishing division, Wattpad has started a production arm called Wattpad Studios, which singles out stories that have a great chance at success in film or on TV. 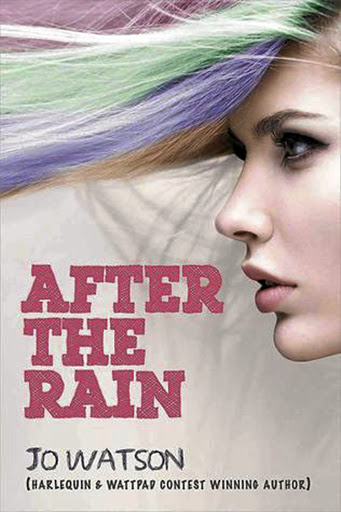 So far, this model seems to be working pretty well. Two of the platform’s biggest success stories — and no article on Wattpad could be complete without mentioning them — are After and The Kissing Booth. In case you haven’t heard of either of these, and you have a teen or two moping round the house, just ask them. In 2013, American army wife Anna Todd, or as she was known on Wattpad, @Imaginator1D, started uploading fan fiction, a genre where writers and fans create stories using beloved fictional characters or favourite real-life personalities.

Todd focused on a troubled version of Harry Styles (yes, he of boy band One Direction fame). The story claimed millions of views, which didn’t go unnoticed by Wattpad. Finally, after a change in the main character’s name (Harry Styles to Hardin Scott) and a six-figure book deal, After became a New York Times bestseller and a major Hollywood movie.

A number of Wattpad’s most ardent writers are teenagers. Without the usual publishing gatekeepers standing in their way, they have just as much of a chance at making it big as anyone else. Just ask Beth Reekles, who was 15 when she started writing her hit The Kissing Booth. Its popularity on Wattpad was noticed and soon she had a publishing contract with Random House and a hit Netflix movie, with a soon-to-be-released sequel.

Yes, this all sounds very romantic, and the data and stats are most impressive, but uploading a story on Wattpad doesn’t promise you instant literary success. Many users won’t become bestselling authors. 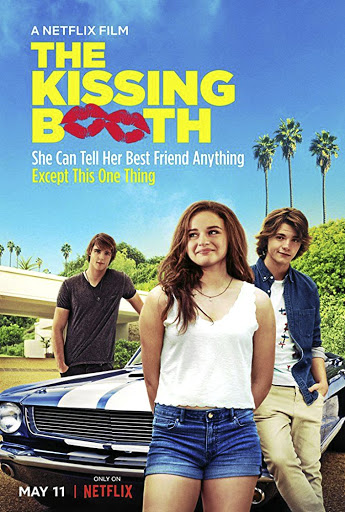 For good and bad, Wattpad has no real curatorship. It’s like an Idols audition of literature; there are the outlier gems, the down-the-middle offerings and those whose moms should have told them to just stay at home.

And the problem for readers using the platform is that you may need to trawl through some abysmal writing to find the good. But that doesn’t mean you shouldn’t give Wattpad a go, as a reader or author.

Most of the writers using Wattpad are hobby writers. One such is Rachel, who lives in the northwest of England and has a background in numbers and analytics.

She, like many Wattpad users, enjoys the anonymity that the site gives (through the use of a username), as it may encourage someone who wouldn’t usually write to publish their work online.

Rachel joined Wattpad in 2015. Initially, like Todd, she found the site through an interest in fan fiction. She has since written eight works on the platform and has nearly 30,000 followers. Her first book, No Control, racked up 3-million reads and an excerpt was featured in Cosmopolitan magazine. 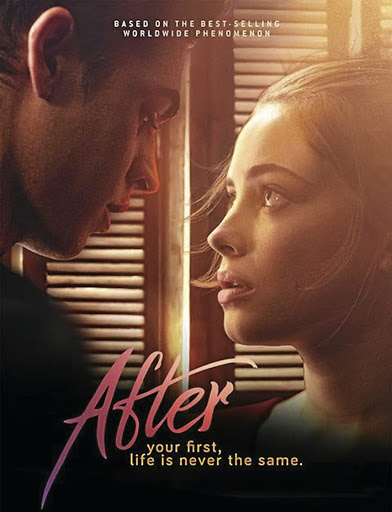 "Wattpad has given me the opportunity to let many people around the world read my work," she says. And she has made some great friends through Wattpad, one of whom started writing her own stories to encourage her foreign-language students to read more to expand their learning.

But her favourite element of Wattpad is the reader comments, interaction and honest and instant feedback — because knowing what readers are thinking and feeling, one chapter at a time, helps her improve her writing and shape the story.

For many Wattpad users a book deal and career are not the endgame. Reasons for uploading and using the platform may differ, but an overarching theme is having a place to write. Botha says: "Books needn’t be published to be a success, and as many writers will tell you, it’s the writing that really matters."

What should you be reading on Wattpad?

Signed up to try the platform but feeling a little overwhelmed by choice? Here are a few Wattpad classics to get you going.

Based purely on the internet sensation it created, you should give Anna Todd’s After a go. This five-part series follows the over-the-top and often unhealthy relationship between university students Harry and Tessa. If you are looking for some page-turning tat (and let’s face it, sometimes it can be so enjoyable) and were a fan of the Twilight or Fifty Shades of Grey franchises, then this is for you.

Looking for If you want a proudly SA South African read, then check out Jo Watson’s Love to Hate You, now also an Amazon bestselling e-book. Set in Johannesburg, it follows the adventures of Sera, "usually a good girl, except for that one wild night in the backseat of a stranger’s car. But what happens when that stranger turns out to be a bad boy — not to mention her new boss?"

For fans of actual classics, Wattpad do offers many well-loved tales, free of charge, with Frankenstein, Little Women and Gulliver’s Travels included.

Wattpad Stars is a community of Wattpadders who represent the most influential and aspirational writers on the platform. Wattpad Stars: Writers Spotlight identifies some of these writers and interviews them, delving into the books they have written, their Wattpad journey and stories they would recommend. This is a good starting point to find some of the platform’s best authors. 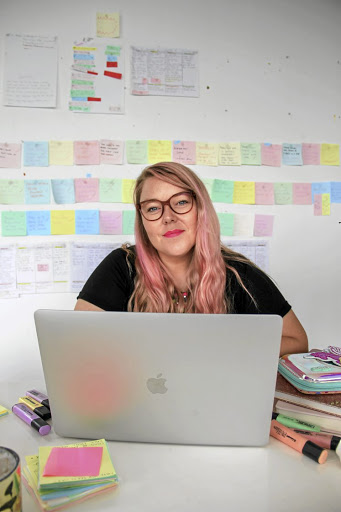 Wattpad has around 300,000 users in SA. Compared to its main markets, this isn’t huge. That doesn’t mean we don’t have writers finding success through the platform. Joburg-based Jo Watson is one of the queens of Wattpad in SA.

A former playwright, copywriter and TV writer, Watson discovered Wattpad in September 2013, while looking for a way to write internationally. She took to Google and stumbled onto a Harlequin Book competition in which you had to write a novel on a platform called Wattpad. She had never written a book before and had three weeks to do it. She ended up winning the prize for her first novel, Burning Moon.

Watson says writing can be lonely so readers’ comments, writing in real time and interacting with readers were incredibly important to her.

Her Wattpad rise was fast. Watson’s first chapter had 200 reads overnight, 22,000 reads in three weeks and by the end of the year she won the annual Watty Award. From there she nabbed book deals and eventually an agent in New York.

Wattpad has been good to her: she has spoken at its WattCon Conference and in 2022 Wattpad Books will be publishing her first young adult novel. But, as Watson says, Wattpad may have launched her career as an author but it hasn’t been an easy journey — she has had to work incredibly hard. She has gone on to get an agent and secure deals which are totally separate to Wattpad.

In 2017 Wattpad launched a chat-style story app called Tap, where users can create their own original story in minutes. On it, stories are told through back and forth chat messages (it’s like eavesdropping on someone’s conversation), where each tap of the screen shows the next part of the dialogue. They’ve also added additional narrative forms including an option where you can choose your own ending.

Wattpad CEO Allen Lau says: “Reports of the death of reading are grossly exaggerated. Reading just looks a lot different today. It’s a social and interactive experience, not the solitary pursuit it once was.”

Tap may be a difficult idea to get your head around, but if you think that most Generation Z users spent hours staring at their phones, and engaging in conversations online, this isn’t such a leap. Already the app has more than 300,000 stories and 5-billion taps.

Kate Rogan, owner of Joburg’s beloved Love Books, on what she recommends you should start your reading blitz with
Life
1 year ago
Next Article

BOOK REVIEW: Prize-winning novel on #FeesMustFall is a campus of ideas

Recommended reading to keep you busy during self-isolation

BOOK REVIEW: Prize-winning novel on #FeesMustFall is a campus of ideas

Recommended reading to keep you busy during self-isolation