The art of accessibility

Art gallery Stevenson has moved from Braamfontein to Parktown North. Graham Wood got the lowdown on the relocation 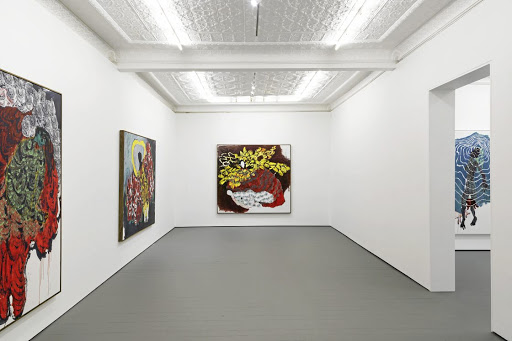 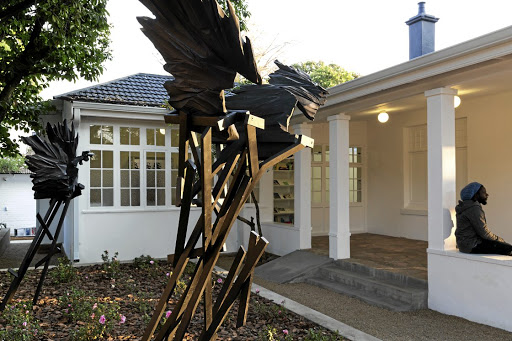 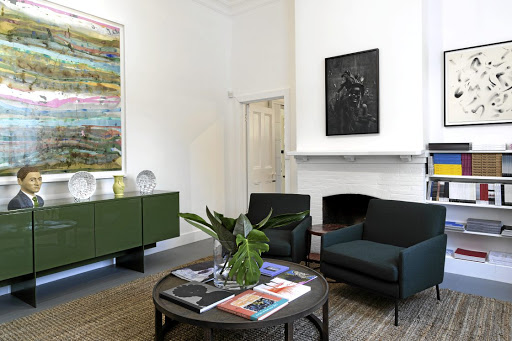 Stevenson Johannesburg has launched its new Joburg gallery in Parktown North with the opening of a solo exhibition by Zimbabwean artist Portia Zvavahera. According to one of the gallery’s partners, Joost Bosland, they had been contemplating the move for almost five years before taking the plunge.

It’s been a slightly agonised and carefully thought-through move. It brings Stevenson, which set up shop in Braamfontein almost a decade ago, closer to the galleries around Rosebank and Parkwood: the Goodman Gallery, David Krut, SMAC, Momo, Circa and the Everard Read, and the growing Keyes Art Mile, which seems to have cemented the area’s status as the epicentre of the Joburg art scene.

Stevenson’s new spot is a converted house, just up the drag from Gallery Momo, which opened the same year as Stevenson did in Cape Town in 2003, and also retreaded a house to make a gallery space. Two doors up is Tonic Design, which did the refurbishment for Stevenson and have also converted a house for their studio.

It’s a Joburg take on a long tradition of reinventing domestic spaces as art galleries. All the world’s great cities have historically residential buildings that have been repurposed to make galleries while retaining their domestic features — ceilings, windows, wooden floors, front doors, staircases and so on. Greg Gamble of Tonic says there’s very little they changed that isn’t reversible. They skinned the walls on the inside to make them into pristine white boxes, but did nothing to the façade, bar cleaning and painting, and painting out some of the windows. They revived the original character of the house even as they rescripted it.

The gallery’s signage is understated, but the house is visible from the street and you’re more aware of the exhibition that’s showing at any given time than the gallery’s name. The green-fringed parking area in front of the house opens the house up a bit and makes the public space around it more hospitable to passers-by, returning some of the old architectural character of the area to the streetscape. So, as well as being historically sensitive, it’s a gentle bit of urban activism that, with its neighbours, might help to give 7th Avenue the walkable high-street character that is so sought after and so rare in the city.

It certainly makes some of the region’s best, most exciting artists more accessible to the suburbs. Stevenson represents some of the most established and exciting contemporary artists in the country. Zanele Muholi, for example, will have a retrospective at Tate Modern in London next year, and was recently named as Africa’s most important/ influential artist in a survey by art consultancy Corrigall & Co. Nicholas Hlobo, who has just designed a handbag for Louis Vuitton, is another — a fact noted not for its artistic significance, but to demonstrate his mainstream status.

You’ll also find on their books such names as Kemang Wa Lehulere and Nandipha Mntambo, both of whom have significant international presences, as well as well-established heavyweights Penny Siopis, Steven Cohen and Guy Tillim.

But that’s precisely why the move from Juta Street in Braamfontein has raised eyebrows in some quarters. Is the trek to suburbia a capitulation to middle-class values? Is it an admission that art belongs among the well-heeled suburban elite rather than in the thick of things, among the students, intellectuals, upstarts and urban grit of Braamfontein? Is it a move that makes contemporary art less accessible?

"We’re part of a much bigger creative and artistic dialogue in the city, but our primary responsibility is to our artists, and a big part of that is to sell their art … It feels like it is our responsibility to our artists to be as accessible as possible to the people who have the means to support them."

So it’s a decision driven, in part, by economics. Bosland says a number of artists told the gallery they were coming across more and more Joburg-based collectors who said they’d be more likely to visit Stevenson’s Cape Town gallery in Woodstock than their Braamfontein space in Joburg. Artist Robin Rhode is quoted in a press statement announcing the gallery’s move: "Many of my friends in Joburg, in particular my supporters in the art world, simply don’t have Braamfontein on their radar.

"At some point the mountain has to come to Mohammed, and we are looking forward to shaking things up in the north."

What made the move difficult, though, was the question of how to do it without losing what makes Stevenson unique. It occupies an interesting niche. On the one hand, it’s relatively new.

But at the same time, when Stevenson launched in 2003, there was only one really significant contemporary art gallery in SA: the Goodman Gallery. They might be upstarts, but they are well established when it comes to taking contemporary SA art to the world. (And they’ve opened a little space in Amsterdam this year, too.)

Their position in Braamfontein close to the Wits Art Museum brought important synergies, and an urban address helped establish the gallery’s edgy intellectual flavour. Bosland tends to refer to them as "a bit nerdy", by which he seems to mean sincere, bookish and with an academic bent. They plough significant resources into publishing.

"We were incredibly happy in Braamfontein," says Bosland. "It was a natural choice for us at the time."

In the intervening decade, since the first signs of Braamfontein’s urban revival, trying on various identities, it seems to have found its feet primarily as a student village, and the fit has become a little awkward.

There were other niggly practical factors. "Parking in Braamfontein had increasingly become a problem," says Bosland.

When the restaurant and jazz club The Orbit closed, it became harder to entertain in the area: most of Joburg’s wining and dining takes place in the suburbs. Add to that the fact that outdoor sculpture, partly influenced by the Winter Sculpture Fair at Nirox and the public works along the Keyes Art Mile, was increasingly becoming an area of interest for Stevenson, and they need some sort of garden or outdoor area in which to exhibit.

While their awareness of their need to move was growing, they also weren’t quite sure how they should "do the north". Their new location is a transitional zone — part residential, part business, just peripheral enough to the art circuit not to feel eclipsed, but close enough to be part of it. They could fix up a dilapidated building — Bosland jokingly refers to the move as "reverse gentrification" — without the worry of forcing out residents who would have nowhere else to go.

But that brings us to another interesting point about Stevenson. Rather than a traditional ownership structure, they’ve pioneered a model that’s set up more like a law firm. It has 11 partners, which in some ways keeps the team stable, and ensures that the gallery becomes something independent of the personality of just one owner. A number of the partners bought the house together and renovated it.

Ultimately, what matters most is the art. Many of Stevenson’s artists are deeply influenced by site and context — not least Mntambo and Rhode. In this way, the gallery is a catalyst to the artistic production that keeps it alive, and the new space will hope to reinvigorate the artists’ relationship with their exhibition space.

"It really poses a new set of challenges for artists, which is great," says Bosland. "Robin [Rhode] was over the moon. His first show in the space will focus on the domesticity of it. He’s imagining taking on the domestic architecture."

• Stevenson Johannesburg can be found at 46 7th Avenue, Parktown North

CHRIS THURMAN: Art — but at what price?

Louvre says no to Leonardo

CHRIS THURMAN: Art — but at what price?

Louvre says no to Leonardo

Rand on track for longest weekly losing streak in 14 ...

JONNY STEINBERG: The burden on the poor will test ...