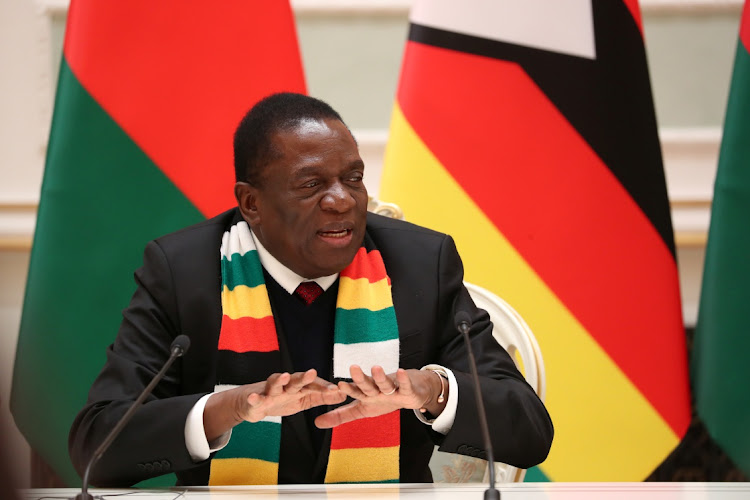 Don’t hold your breath: Emmerson Mnangagwa has promised to compensate white farmers, but they should not hold their breath. Picture: Natalia Fedosenko/Pool via REUTERS

Zimbabwean President Emmerson Mnangagwa has promised to pull a very big rabbit out of a tiny hat with an agreement to pay roughly $3.5bn in compensation to white farmers who were evicted from their land under the redistribution programme of his predecessor, Robert Mugabe, two decades ago.

The main problem with this ruse is that because the country is bankrupt — thanks in no small measure to what turned out to be a sort of scorched-earth policy rather than good agricultural practice — the state doesn’t have the money to pay the farmers. The compensation — half of which is supposed to be paid within 12 months, and the rest in four annual instalments — is only for infrastructure and improvements, not the actual land.

So the government plans to raise the money from an issue of long-term bonds. It will also, as Reuters lugubriously put it, "jointly approach international donors with the farmers to raise funding". This means the same farmers who lost their farms will play the role of supplicants for money that the president of the country that took their farms has promised them.

To give the president some credit, he did at least break the deadlock regarding compensation for evicted farmers, something that Mugabe, in a half-hearted attempt to placate foreign money-lenders and potential investors, had reluctantly agreed to but then vacillated about.

But Zimbabwe is already in hock to its creditors for billions of dollars. Shortages of food, petrol and power are enmeshed in the fabric of daily life.

The farmers, of course, can’t say no, and why would they? Five years with a promise of some payment by the end of them is better than five years with none.

Two years after Zimbabwean soldiers opened fire on protesters, victims and families of the deceased are still waiting for compensation – and justice
Features
10 months ago

No financier should send more than $1 to Mnangagwa without being fully aware it’ll only go to pay his security forces to beat the country into ...
Opinion
10 months ago