There’s a middle ground between a hard lockdown and a hard exit. Amid rising frustration and anxiety levels, policymakers are working on finding it 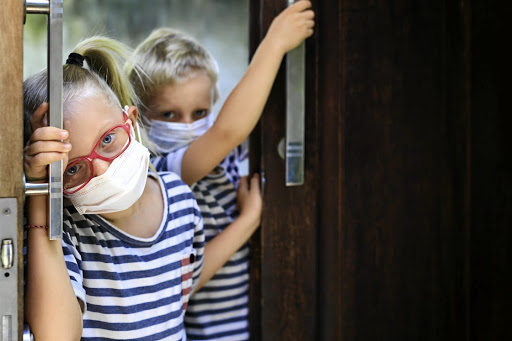 Both sides are wrong. Instead of arguing about whether to keep or end the lockdown, credible experts are exploring how best to move safely between the two.

With rising frustration and anxiety levels as the long weeks of hard lockdown pass, the political debate has become more polarised between ardent defenders of an ultra-cautious, public health first approach and those demanding a hard exit. Neither is especially helpful.

Those interested in a constructive solution seek the sweet spot between the two extremes — one that finds a way to accommodate both an aggressive approach to combating the public health risk, and a bold and creative approach to resuscitating economic life in carefully identified sectors and subsectors of the economy, with regional variations as needed.

The risk of a premature or hard exit

Those arguing for a swift reopening of the economy do so on the assumption that it will yield the greatest economic gain. This proposition, though seemingly rational at first glance, is at best contested and at worst blatantly false, in addition to being insensitive to the human suffering that would result.

During the Spanish flu a century ago — the best equivalent — it was the second wave that caused by far the greatest number of deaths.

Opening the country too quickly will result in a huge rise in the infection rate and SA will quickly find itself back at square one, at the start of another stringent lockdown.

This would ensure even greater economic calamity. Given the legitimate concern about the additional vulnerability multiple comorbidities in SA will create, and residual uncertainty about whether there are enough beds, ventilators and other equipment to cope with a big rise in Covid-19 cases, proceeding with great caution is the most sensible approach. 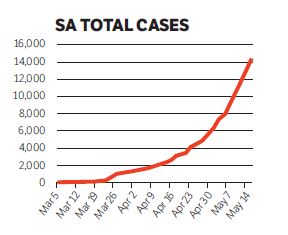 Patience is a virtue

Important data and research are emerging to help fill significant gaps in understanding about the impact and "character" of Covid-19 — for example, the joint study released in recent days by two of Germany’s leading think-tanks, the Helmholtz Centre for Infection Research and the Ifo Institute for Economic Research. The former is a leader in the field of infectious diseases, the latter in the field of economics.

The conclusions are vital: while a swift reopening of the economy will yield short-term gains in economic performance, the effect on the reproduction rate of the virus will necessitate later restrictions that render the initial lockdown obsolete, meaning more damaging long-term economic loss.

The base finding is that the most favourable strategy is a gradual, phased exit from a lockdown. This is supported by an array of warnings and studies from credible bodies publicised before this study.

With a third of the world in lockdown, we have become used to a transmission rate of the virus under lockdown, leading many to forget its true potential in an open economy.

For this, the best gauge remains the picture of how the virus ripped through and incapacitated some of the most advanced health-care systems in Western Europe and the US, leaving tens of thousands dead and untold human suffering in its wake.

The personal stories are gut-wrenching. As German Chancellor Angela Merkel said on March 18: "These are not just abstract numbers in statistics, but this is about a father or a grandfather, a mother or grandmother, a partner — this is about people. And we are a community in which each life and each person counts."

In sharp contrast, there are political leaders and expert advisers dotted across the globe, as well as here, who are willing to argue that because only a small minority will die from the virus, we should just ride the wave. 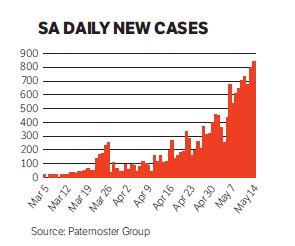 How did we get to this point?

The bulk of credible evidence on the most effective means to implement a lockdown is to act early and decisively, which Cyril Ramaphosa’s administration did, followed by a gradual, phased exit — which is what it is trying to do now, albeit clumsily.

The ambition is to ease out of the most stringent levels of lockdown, having used the time bought to build capacity in terms of hospital infrastructure and tracking, tracing and isolating Covid-19 positive cases with sufficient precision. This has been the key to the apparent initial success of countries such as Germany, New Zealand and South Korea.

Part of SA’s conundrum is that its lockdown was particularly effective in avoiding an early spike in infections. It temporarily halted the curve so much during the first weeks that the pressure — and, arguably, the necessity — for easing restrictions on economic activity has run ahead of the transmission curve.

SA is now moving through the lockdown exit levels before rather than after the peak of transmissions and deaths — which is not ideal, and an extreme example of the prevention paradox.

The government recognises the attendant risk: that as the socioeconomic impact of the lockdown hits harder still, even as the restrictions are eased, so infection rates will spike and death rates increase sharply just as people are returning to work in greater numbers.

This will be a delicate moment, socially and politically. 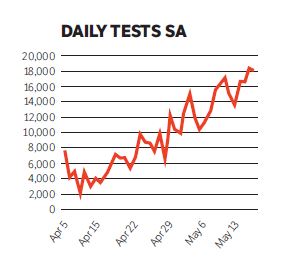 Is the government’s strategy the right one?

The problem is that the credibility of the government’s strategy is reaching breaking point. The early positive actions have lost prominence as government fights unnecessary battles with its own people. Yes, the ban on alcohol eases the capacity on hospitals. But until the health-care system is truly strained, it serves no purpose other than to create an enemy of the public at a time the government needs a partner.

The cigarette ban has not succeeded in stopping people smoking; it has succeeded only in depriving the government of billions of rand in revenue and fuelling the illicit market.

These shortcomings have provided a political incentive for dangerous and populist calls to risk the lives of vulnerable South Africans — and, ironically, the country’s economy.

As a concept, however, the risk-adjusted strategy is sound. It is worth coming back to this strategy, and its various requirements.

Let’s start with the curve and daily new infection numbers. Though heavily dependent on testing capacity, both show growth is now exponential.

Due to the shortcomings in raw case numbers, the government’s strategy takes into account two other factors when determining lockdown levels: the percentage of the population tested, and the proportion of tests returned positive (the positive case ratio).

Testing capacity is increasing slowly but consistently, though it’s still nowhere near enough to adequately track the virus in an open economy. The positive case ratio, though not too drastically proportioned, has risen steadily since the lockdown was eased on May 1. And while that will not surprise the government, it will concern it.

Another factor is the capacity of the health-care system. While the availability of equipment such as ventilators and personal protective equipment for health-care workers should be included, the primary factor in the risk-adjusted strategy is the number of beds available.

Firm, nationwide data on this is hard to find. Ramaphosa said in his most recent address that 25,000 new beds have been made available, but those are for quarantine sites — not necessarily equipped with the same tools needed to treat a patient in hospital. The government has been very quiet on details in this regard, and it is hard not to draw a negative conclusion as a result.

We know that, especially in rural areas, bed availability per capita is worryingly scarce. So, without clear evidence to the contrary, we must assume large parts of the public health-care system remain unprepared for the dramatic rise in cases that would go hand in hand with a swift reopening of the economy.

All of this is, however, certainly not intended to suggest SA should remain in one of the world’s most stringent lockdowns.

Hard lockdowns cannot be sustained indefinitely, as the Helmholtz/Ifo study points out. So, a middle ground needs to be found as swiftly as possible to move through the gears towards normal economic activity. 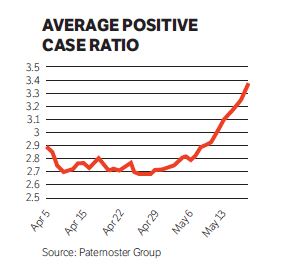 Preconditions for a sensible exit

To pull off a sensible exit, a few things are required:

This must include opening the borders for tourism as early as possible, and certainly in time for summer. To lose a year of tourist income, given the jobs and livelihoods that depend on it, is unthinkable.

Everyone wants to exit the lockdown as quickly as possible. Managing the multiple interlocking health, economic and political risks safely, sensibly and swiftly will require great agility.

The Covid-19 crisis has deepened divisions between the ruling ANC and the opposition DA. But if there were ever a time for multiparty co-operation ...
Features
11 months ago

The government’s sometimes questionable rationale around lockdown regulations is corroding the social compact that is needed to manage the ...
Features
1 year ago

As the lockdown drags on, people are getting restless and venting their anger at what they see as irrational limitations. President Cyril Ramaphosa ...
Features
1 year ago
Next Article