As the toll of the Covid-19 pandemic grows and the government’s response falls short, NGOs are stepping in to feed hungry communities 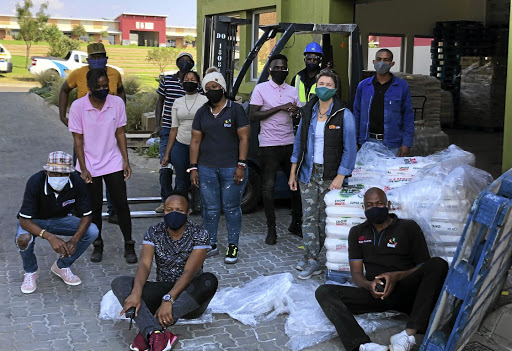 Extension 1 of Diepsloot, just north of Joburg, is more informal settlement than established suburb. Streets are narrow and unmarked, and shack numbers are hard to come by.

A convoy of vehicles crawls down one of the dusty roads where shacks are crammed between stalls, shop-fronts and communal toilets. The vehicles are laden with food parcels, to be delivered by the Diepsloot Youth Programme (DYP).

Down a narrow side street, over a stretch of a few hundred metres, the convoy passes as many as 40 pedestrians. Very few are wearing face masks. It’s a reminder of how challenging it is to contain a highly infectious disease like Covid-19 in the densely populated poor areas of SA.

About 50 people gather around the vehicles, while DYP community liaison officer Babikie Sathekge goes in search of the community representative he’s been co-ordinating the food delivery with. A few people ask how they, too, can receive food.

The DYP is one of a handful of nonprofit organisations that have been co-opted to assist the philanthropic activity of the area’s billionaire-in-residence, Douw Steyn.

Steyn, a doyen of the insurance industry, has made a large and rather different contribution to the fight against Covid-19. Through the associated companies held under Telesure Investment Holdings (TIH) — including household names such as Auto & General, Budget Insurance, Dialdirect and 1st for Women – he’s contributing R320m across a range of initiatives to bolster health and humanitarian responses to the pandemic. 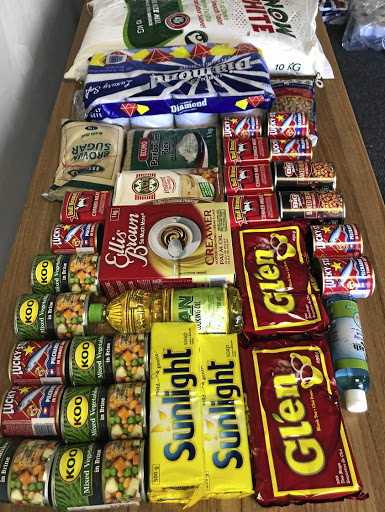 Lifesavers: It’s hoped the Telesure food programme will reach more than 750,000 people in the next six months. Picture: Warren Thompson

While billionaires such as the Rupert and Oppenheimer families have focused on helping SA’s small businesses survive the lockdown, Steyn is going all-out to alleviate hunger.

The bulk of the money — R200m — has been allocated to feeding schemes in Diepsloot, Cosmo City, Olievenhoutbosch and Tembisa. All are adjacent to Steyn City, the super-affluent, high-end estate he established and lives in.

"The pleas for food from residents in our local communities, whom we have supported for some time, are dire and millions are facing starvation," says TIH spokesperson Mandy Denton. "We needed to step in to assist with immediate food relief to those who, even before lockdown, were living a hand-to-mouth existence."

The aim is to assist more than 750,000 people over the next six months, with the first wave delivering 87,000 food parcels by mid-May. Based on the assumption that one food parcel will support a family of four for a month, the initial benefit should stretch to 349,000 people.

"Each of the organisations we have partnered with has tried different approaches to delivery. Centralised distribution can cause crowding at times, whereas ‘smart vouchers’ or door-to-door deliveries are more controlled and have the added benefit of creating jobs. However, they’re more expensive and slower," says Denton.

For DYP founder Tracy Henley, home deliveries of food parcels are the way to go. "While it is more time-consuming," she says, "we think it is more dignified and much better in terms of social distancing."

Before Covid-19, DYP’s core business was not food distribution; it focused on helping schoolchildren and ran drug awareness campaigns in the community. But it was one of a handful of NGOs active in the area, and so TIH approached it to assist with the assembly and distribution of food parcels.

Other partners include Gift of the Givers, Afrika Tikkun, the Mahlasedi Foundation, the Love Trust and Laudium Disaster Management.

Henley commandeered the conferencing facility at the Riversands Incubation Hub, a few kilometres from Diepsloot, as a distribution centre and found a powerful ally in longtime Diepsloot resident Maxwell Nedzamba.

Nedzamba, who owns a restaurant in the middle of the township, serves as procurer-in-chief for the DYP, using his knowledge as a restaurant owner to buy food and essential items for the parcels from wholesalers.

Like Nedzamba, Sathekge, also a Diepsloot resident, knows the township inside out. He spends most of his day meeting street or section leaders to co-ordinate distribution of the food parcels. These are self-appointed representatives, with no political affiliation, whom Sathekge trusts to identify families most in need of assistance.

They do so by scouting their designated areas, speaking to residents and performing a basic means test. Families earmarked for assistance are placed on a signed list, given to Sathekge. Back at the distribution centre, the DYP checks the lists against its database for duplication, and then logs the addresses on a delivery sheet.

Henley has built a team running deliveries to eight vehicles, giving the DYP an average run-rate of 800 parcels a day. Plans are in place to increase this to 1,000.

"Part of the reason we think [the programme has] been so successful is the transparent way in which we create the lists," says Henley. "People trust the system. When you look at it, it’s really the community that is running the system — we’re just facilitating it." 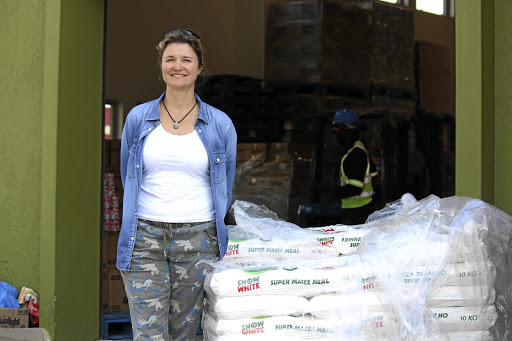 Gaining the necessary government permits to distribute food was not a hassle, says Henley. And while the team was initially accompanied by a police escort when making deliveries, this is no longer considered necessary.

But it can be hard going. Sathekge prefers to give representatives a few minutes’ warning before he makes deliveries. This means it’s sometimes difficult to find them, if they haven’t answered their phones. And locating a delivery address in some of the more informal areas can be easier said than done, given the absence of street signs.

But there are benefits to Diepsloot: it’s located near prosperous areas and within easy reach of NGOs — and there’s the benevolent billionaire who can commit resources to tide things over for a few months.

A recent survey, conducted by the Human Sciences Research Council and the University of Johannesburg (UJ) from April 18 to 27 found that 34% of respondents admitted going to bed hungry — an increase of six percentage points over the week before.

The component of the survey that increased the most steeply between the first and second iterations was the percentage of people living in "suburban" residences — a category perceived as middle class — who went to bed hungry. But those living in informal settlements without yards still lead the survey: almost half (46%) admitted going to bed hungry.

It is these people that organisations such as the DYP are assisting in places like Diepsloot, where government food aid is proving inadequate to meet community needs.

The government’s primary weapon against hunger has come in the form of increased social grants and the introduction of a new Covid-19 special assistance grant, which will bring increased relief to millions. But when it comes to food distribution, the government’s relief strategy looks woefully underdone.

Social development minister Lindiwe Zulu announced at the end of April that the department had allocated an additional R43m to provide emergency food parcels to 58,000 households. These are being distributed through 235 community development centres across SA.

The department is also not the only government entity that distributes food — a large chunk of the department of basic education’s budget is allocated to feeding schoolchildren — but R43m at national level is not even a quarter of Steyn’s budget.

"I think the government’s response has been one of too little, too late," says Alexander. "It should have been better prepared. While its effort is gradually becoming better organised, there are still too many gaps, and too many people are falling through the cracks. The government has not allocated enough money for food parcels because it has underestimated the extent of the hunger."

Zulu had not responded to the FM’s questions at the time of going to press. But at a press briefing on Monday, she expressed her gratitude to the private sector for its efforts, and acknowledged that the extended lockdown had led to the numbers of people requiring relief "exploding".

As a result, she said, the government is "looking at new ways of doing it. And we are looking at creative ways of doing this, [including] if we give the people the money to make the decisions for themselves."

It’s a position that certainly has merit, says Kath Hall, a senior researcher at the Children’s Institute, a policy research unit at the University of Cape Town.

"We still think social grants are the best way to alleviate the problem. The social grant system is a railroad directly into households that enables them to purchase food and other necessities like electricity, airtime and transport. We would love to see the child support grant increased by R500 per child, not just per caregiver," Hall says.

Before the pandemic, the child support grant was R440 a month per child. The grant supports 12.8-million children, in the charge of 7.1-million caregivers (parents, relatives and guardians). This implies about two children per caregiver.

Though the government increased the child support grant by R300 per child in May, from June to October the increase is R500 per caregiver. This, says Hall, was a missed opportunity.

There are still too many hungry people that the social security net is simply not reaching. They can but hope that the mosaic of NGOs feeding the nation doesn’t miss them when it comes time for delivery.

ANDREW LAPPING: SA’s approach to lockdown may cost more lives than it saves

ANDREW LAPPING: SA’s approach to lockdown may cost more lives than it saves