Australia, looking solid in the set piece and fluent in attack, gradually worked their way back into the match 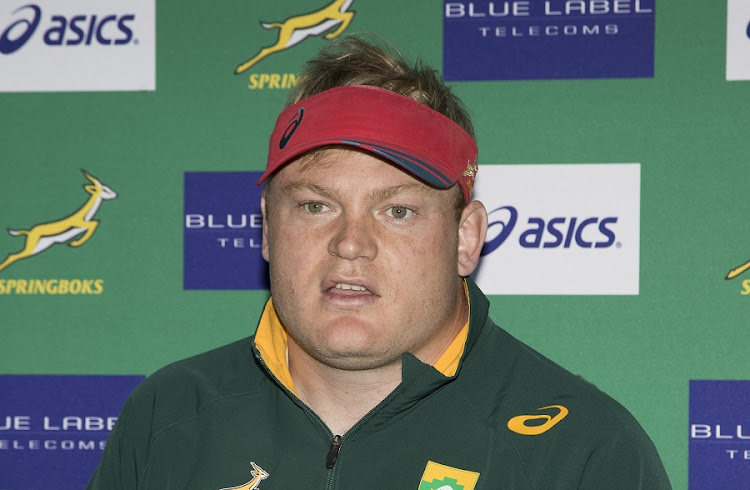 Australia overcame an early deficit to beat South Africa 23-17 in their Rugby Championship clash in Brisbane on Saturday and snap a run of six successive test defeats.

Tries from lock Adam Coleman and centre Bernard Foley, who also chipped in with 13 points from the kicking tee, gave the Wallabies a first win since their semi-final victory over Argentina at last year's World Cup.

"It's been a tough period but we're really proud to come out and get a win tonight," said a relieved Australia captain Stephen Moore in a touchline interview.

"It's always a tough game against the Springboks and they played really well so we're happy with a first win after so many losses."

Number eight Warren Whiteley and fullback Johan Goosen crossed to give the Springboks an early lead but the visitors faded after their fast start and managed only one Morne Steyn penalty after the break.

"We let ourselves down with some indiscipline," said South Africa skipper Adriaan Strauss. "We had a great start but the discipline cost us and kept us on the back foot."

'I’ve known since day one that Adriaan was planning to retire at the end of 2016,' said Coetzee
Sport
4 years ago

Australia's first four points of the campaign were not enough to lift them off the bottom of the standings, which New Zealand (15 points) lead from South Africa (6) and Argentina (5) after three wins in their first three matches.

Heavy rain earlier in the day made for slippery conditions at Lang Park but South Africa, looking to make amends for a loss to Argentina in their last game, made a more than sure-footed start.

Whiteley crashed over from close range to give them a third-minute reward for their early pressure and Goosen's converted score put them 14-3 up after 18 minutes.

The second try originated in Australia's first really promising attack of the match with Strauss desperately snatching Foley's pass out of the air and flyhalf Elton Jantjies kicking through to leave Goosen with the simplest of scores.

Australia, looking solid in the set piece and fluent in attack, gradually worked their way back into the match, however, and scrumhalf Will Genia's lofted pass put Coleman in to score in the corner in the 27th minute.

Foley added his second penalty five minutes before halftime and his third, which came when Springboks lock Eben Etzebeth was sin-binned for killing the ball, just after the break gave the home side the lead for the first time at 16-14.

Australia centre Samu Kerevi crossed over the line four minutes later, only for the try to be ruled out by referee Nigel Owens for foot in touch and the match remained finely poised when Etzebeth returned from the sidelines.

The Wallabies continued to press, however, and one sustained 18-phase attack culminated in Foley cutting through the defensive line to roll over the line and score under the posts.

Replacement flyhalf Steyn kicked a penalty to cut Australia's lead to six points with 15 minutes remaining but, despite a few nervous moments, the Wallabies held on to claim a morale-boosting victory. — Reuters