Thanks to the state’s handling of the lockdown, ours has become a country where the risk of rebellion has never been higher since democracy 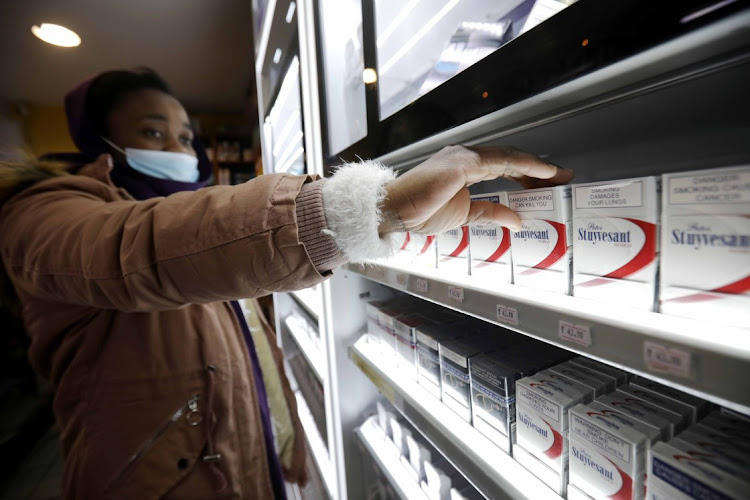 Capetonians get their hands on their favourite brand of cigarettes after government unbanned the sale of tobacco products. pics: EsaAlexander/Timeslive​

South Africans — illicit cigarette smugglers, the ANC Women’s League and a smattering of EFF populists aside — may have been united in their delight at moving to a less restrictive level 2 lockdown this week, but that’s probably where the sense of national unity ends.

One of the harshest lockdowns in the world may have helped avoid a ghastly crush on hospitals, but it has left traumatic financial and social scars — and a country divided like never before.

It has birthed an unhealthy sense of us and them: ordinary South Africans versus rapacious political elites. This was illuminated starkly at the funeral of ANC stalwart Andrew Mlangeni, where not only did the politicians casually break their own rules on the number of participants at a funeral, but soldiers were photographed smoking — at a time when cigarettes were banned.

The response was predictable. When the Daily Sun interviewed people at a vibrant social gathering in the middle of the Joburg CBD afterwards, with alcohol in plentiful supply, they deemed it an act of rebellion against government hypocrisy. As one participant said: "They tell us to observe Covid-19 regulations and ban tobacco and alcohol sales, yet they smoke, drink and gather at funerals with more than 50 people."

Thanks to the state’s handling of the lockdown, ours has become a country where the risk of rebellion has never been higher since democracy.

The social compact is precarious. As former SA Revenue Service executive Telita Snyckers wrote in the FM this week, the lockdown has given South Africans a "taste for insurgency — the danger of a tax revolt has never been greater".

Le Roux’s argument — based on the poll — is that the corruption, mismanagement and harmful policies that accompanied the lockdown have created a "perfect storm" for tax morality in SA.

And it’s not just among individuals or small businesses. Le Roux says a senior executive at an "iconic" local company "considers paying tax in SA a possible violation of the American Foreign Corrupt Practices Act, since the money largely funds harm, mismanagement and corruption. While this interpretation is probably, legally speaking, incorrect, it is morally striking."

It’s not hard to see why so many in the private sector — unlike public officials who suffered few salary reductions or job losses — feel so bitter. This is clear from the 61% of businesses that told Sakeliga they’d suffered big financial losses through the lockdown.

Now, the pandemic was always going to hurt incomes. But the way the state handled the lockdown — implementing rules without consultation, refusing to explain its decisions, and failing to crack down on corruption in its ranks — left a bitter taste.

Treating SA’s citizens — corporate and private — with such disdain, when they’re the ones who pay civil servants’ salaries, is a recipe for disaster. It’s not acceptable to keep the country in the dark over the science behind frightening Covid mortality models, nor to close ranks against tax-paying businesses when you’re likely to need their support now more than ever.

It’s unclear whether President Cyril Ramaphosa can mend this rift — but if he wants a shot at finding the money SA needs to survive, he’ll have to prioritise such a reconciliation.

What does the lifting of the ban mean for the balance of power in the industry? Who stands to win, and who stands to lose?
Opinion
7 months ago

Historically, the majority of illicit cigarettes in SA came from Zimbabwe, but in recent years this has changed, with a large portion of the illicit ...
Opinion
9 months ago

The ban on tobacco sales in SA is working out well for cigarette smugglers in Zimbabwe. A box of 50 cartons can net a profit of R4,000 in Musina — ...
Features
8 months ago
Next Article

TELITA SNYCKERS: The tobacco industry has never been this vulnerable — here’s ...

TELITA SNYCKERS: The tobacco industry has never been this vulnerable — here’s ...