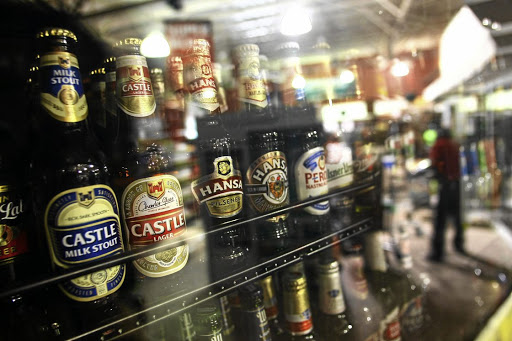 As my former colleague, journalist Stephen Gunnion, put it on Wednesday: “It beggars belief that that between SA Breweries (SAB), Heineken and Consol Glass, more than R13bn in investment has been pulled. The economy has been sabotaged by the government because of [Nkosazana Dlamini Zuma’s] ‘principled’ prohibition. The impact will linger a lot longer than Covid-19 itself.”

This week, SAB confirmed it had iced R2.5bn of capital expenditure this year, and is reviewing the R2.5bn it planned to spend in 2021. Dutch brewer Heineken has scrapped a R6bn expansion plant, and Consol — which supplies bottles to the liquor industry among others — has indefinitely suspended construction of a R1.5bn glass manufacturing plant in Ekurhuleni, Gauteng.

In a nutshell, SA — which is bankrupt and can’t fund itself without help from lenders like the International Monetary Fund (IMF) — has forgone billions in excise duties, VAT and income tax by not allowing companies to trade, all due to an unscientific and seemingly unending ban on tobacco and alcohol.

Once again, it seems up to the courts to extract any sort of detailed information from the state. British American Tobacco is in court this week to argue against the tobacco ban and News24 has carried a comprehensive round-up of the first day’s arguments in this article.

Perhaps the most infuriating aspect of the prohibition is how the government has closed ranks against both its citizens and the companies on whose tax money it depends, through an absolute minimum of communication.

This week, the vice-president for AB InBev’s Africa region, Andrew Murray, told the FM that despite repeated overtures, the brewer — which now owns SAB — has been unable to secure any sort of “fulsome” engagement with the government. This seems par for the course: messages and calls to trade, industry & competition minister Ebrahim Patel went unanswered by the FM on Wednesday.

Of course, it’s one thing to ignore journalists — quite another to stonewall the companies whose financial health funds massive social security obligations. Especially when, thanks to one of the harshest lockdowns in the world, those welfare programmes are now more necessary than ever.

And yet, incredibly, Patel’s department had this to say on Twitter yesterday: “In an important judgement that will boost efforts to localise production of key industrial components in SA, the Gauteng High Court recently ruled in favour of Government in a matter involving procurement conditions applicable to electrical transformers.”

It goes on: “Minister Patel says that the judgement helps our efforts to sustain and create local jobs, deepen the levels of industrialisation and support local businesses.”

What is so utterly remarkable is that elsewhere in the economy, his ministry is doing the exact opposite, by not fighting for the rights of businesses to trade. On the ground, investment is drying up, profits are vanishing, job losses are ballooning.

Quite how these bans are supposed to foster goodwill and co-operation in building President Cyril Ramaphosa’s inclusive economy is anyone’s guess.

But the real problem is that the stony silence that surrounds these decisions makes fertile ground for conspiracy theorists.

A highlights package of these conspiracies include: these bans are part of a government plan to spark “class suicide”, as Dlamini Zuma bizarrely seemed to imply at one stage; it is a plan to destroy white monopoly capital once and for all; it is a ruse to create a “socialist new order” in which citizens are all dependent on the state, and where a predatory elite get to flex their power.

The fact is, the absence of a transparent engagement with the public is fuelling wild and frightening ideas, many of which are ludicrous.

And it’s not as if SA can afford this distraction. The country desperately needs to get back on the right economic growth path — if only to repay the debt we’ve now assumed. And particularly so if there is a second wave of Covid. As the Financial Times writes here, this is a real risk for overindebted emerging markets.

There might not be many countries in a worse position than SA right now, but one of them is certainly Lebanon. Lebanon should be front of mind for South Africans as a cautionary tale of what happens when a political class of elites systematically destroys a country.

The horrific explosion on Tuesday could not have come at a worse time for the country and there is some excellent analysis setting out exactly how it got to this.

In this fine article for The New York Times, political analyst Faysal Itani writes how the blast has “finished off” a country “gradually choked by a cynical political class”.

In the FT, David Gardner wrote an article last month about how it came to be that Lebanon, which managed to pick itself up after a brutal civil war between 1975 and 1990, “is sinking once more”.

“The simplest explanation is that postwar Lebanon, propped up by funding from foreign grants and loans and inflows from the Lebanese diaspora to cover its huge current account deficits, lived far beyond its means.”

The ANC would do well to take heed.

The destruction of the interest rate has comprehensively changed the game for investors, who are now having to look at riskier assets — like equities ...
Opinion
1 year ago

There are puzzling contradictions in the share markets, but at least SA’s pensioners can benefit
Opinion
1 year ago
Next Article

GIULIETTA TALEVI: Ramaphosa unleashes the hairdressers on a shaggy nation

GIULIETTA TALEVI: Did Covid even happen?

GIULIETTA TALEVI: Your pension may be recovering — but the JSE rally makes no ...

GIULIETTA TALEVI: Ramaphosa unleashes the hairdressers on a shaggy nation

GIULIETTA TALEVI: Did Covid even happen?

GIULIETTA TALEVI: Your pension may be recovering — but the JSE rally makes no ...

Ramaphosa wields the axe and puts allies in key ...