TELITA SNYCKERS: BAT needs to win its ban challenge – but let’s not forget its complicity

BAT should be held to account for its dirty tactics, running a money-laundering scam, and the direct role its agents played in causing the implosion at Sars 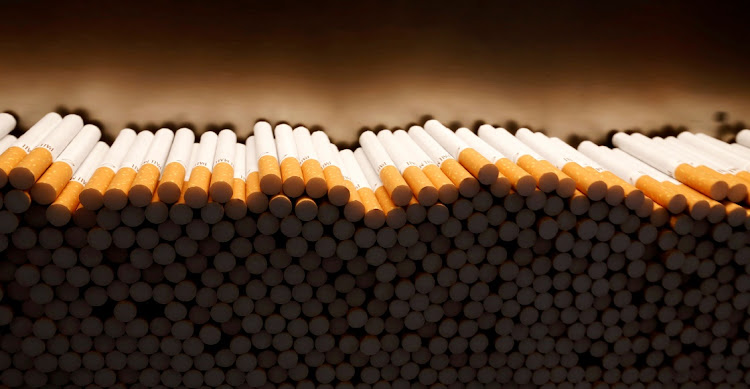 British American Tobacco’s (BAT’s) challenge to the tobacco ban is an important one, not just for smokers, but for all of us. Its challenge is not about smoking – it is about the government’s ability to exercise discretions wantonly, with little regard to facts or consequences. It is about ensuring that the government complies with the rules of administrative justice and with the constitution, particularly in times of crisis. Its arguments are cogent and well crafted, and it is difficult to see it not being successful in its challenge.

To the extent that BAT seeks to hold the government to account, it deserves our support. But as we do so, let’s not forget its complicity, in supplying the illicit market, in running an illegal spy ring, and in bringing about the downfall of the SA Revenue Service (Sars).

As we flit from scandal to scandal, as we are collectively shocked by new revelations of yet more outrageous examples of capture and corruption, it’s far too easy for individual instances to fall off our radar and fade from our consciousness – as indeed seems to have happened to the scandalous behaviour of BAT.

Evidence is unambiguous about BAT having run an illegal corporate espionage ring, along with some friends at the State Security Agency, with the purpose of running its smaller competitors out of business. Evidence is also unambiguous about how this unholy alliance crafted the “rogue unit” narrative as a way of seeking to discredit evidence Sars had obtained about this spy ring BAT was running. There is a direct line between its agent, Belinda Walter, and false allegations of impropriety at Sars. On the back of the events in SA, a money-laundering and corruption investigation was launched by the UK’s tax and customs office and the European Commission’s anti-fraud office.

As the story got legs in the media, BAT SA’s CEO expressed his shock at the allegations and committed to appoint a law firm to investigate. That was in 2016.

Ten months after BAT appointed Linklaters to conduct an “investigation”, the media storm died down, and the oddest thing happened: BAT announced that it had cancelled the brief for Linklaters. Why? “For matters of efficiency.” We don’t know what Linklaters did, or what it found. Linklaters was ostensibly replaced by law firm Slaughter & May. We don’t know what Slaughter & May did, or what it found. It was only when some of the independent manufacturers decided to take BAT to court, and a whistleblower released a trove of documents exposing BAT’s dirty tactics, and with media focus now again squarely on BAT, that the company was again spurred into action, this time appointing Norton Rose Fulbright – the firm also used by BAT’s auditor, KPMG.

Several years and at least three legal firms later, BAT has not breathed a word publicly of what they found, or what it did to ensure criminal practices like this are not repeated either locally or globally. BAT refused to disclose copies of its reports, replying that the report in question “is legally privileged and was prepared for the purpose of BAT obtaining legal advice. The contents of the report may be relevant to ongoing investigations and litigation. BAT has made disclosures to the appropriate SA and other law enforcement authorities.”

Which enforcement agencies did BAT make these disclosures to? And what action did these law enforcement agencies subsequently take? What “relevant ongoing investigations and litigation” was BAT referring to? If BAT wants to rely on public sympathy, it needs to take us into its confidence, and tell us what has changed, who was held accountable for what, and why we should now trust it.

(By the way, let’s not forget about those two Sars tax assessments to the tune of R2bn and R214m. Or about allegations of BAT smuggling in Colombia, Nigeria, Malawi, Mauritius, Sudan, the Central African Republic, Djibouti, Guinea, Ecuador, Kenya, Burundi, Rwanda and the Comoros; and evading taxes in Australia, South Korea, Vietnam, Bangladesh, Russia, Brazil and Egypt. Or that recent Dutch tax assessment issued against BAT to the tune of $2.1bn.)

*Snyckers is an independent illicit trade expert. Key clients include the International Monetary Fund, after having previously worked as an executive at the SA Revenue Service, a compliance manager with the tax agency in Singapore and a director with niche consulting firm Sovereign Border Solutions. She has a master’s degree in constitutional law and fundamental rights, and has had work assignments in over 25 countries around the world. Her exposé on the role of big tobacco in fuelling illicit trade, Dirty Tobacco, was released in May 2020​

Worldwide, and in SA, there have been allegations of links between the industry and those in power
Opinion
8 months ago
Next Article

Making a clean break from coal is far from easy, as ...