The ANC apparently has a ‘cadre policy’ and a ‘deployment policy’, and they’re not the same thing. If you’re understandably confused by that, it seems the party is too 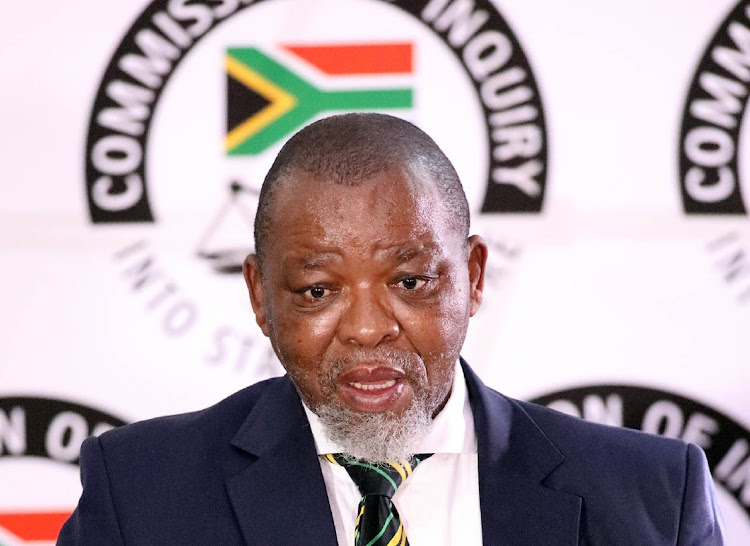 ANC chair and mineral resources minister Gwede Mantashe is probably just a bit acid with party secretary-general Ace Magashule. It was, after all, Magashule who was supposed to be in the hot seat at the Zondo commission of inquiry into state capture this week, answering questions on behalf of the ruling party.

But then, Magashule’s plate may be on the full side, as the clock runs down on his political ambitions. At last count he was reportedly headed for Nkandla to seek the wisdom of the sage Jacob Zuma – the master of the protracted battle.

And so it was that Mantashe spent a marathon nine hours traversing the party’s deployment policy, the Guptas, Zuma and parliamentary oversight. (Masochists can access the full recording on the TimesLIVE website; Daily Maverick’s Ferial Haffajee offers more bearable breakdowns here, here and here.)

The picture that emerged is of a paranoid ruling party that, Borg-like, wants to occupy all corners of the state – but is less concerned with the responsibility that comes with wielding that power.

“Unashamedly the ANC wants to govern,” Mantashe told the commission. “And you can’t govern without the [powers of the] state.”

Evidence leader advocate Alec Freund suggested that this would probably involve deepening “control of the party over the various levels of power” – including over the public administration (which covers the public service) and state-owned entities.

Indeed, said Mantashe. “These are the tools in the hands of the governing party to execute [policy].”

The ANC chair was at pains to differentiate between the party’s “cadre policy” and its “deployment policy”.

These apparently cannot be carelessly collapsed into the much-maligned “cadre deployment” (which is distinct from “the deployment of cadres”), he said.

Instead, Mantashe explained, the cadre policy is about educating and training prospective deployees in the finer arts of public service.

It’s a plan which doesn’t seem to be going terribly well, given City Press’s report that one in three senior managers in the national and provincial public service is not qualified for the position they hold. That’s 3,301 of 9,477 senior managers, public service & administration minister Senzo Mchunu told parliament in response to a question from the DA.

And it’s not as if there hasn’t been time to rectify the situation. Mchunu noted that a “directive on compulsory capacity development, mandatory training days and minimum entry requirements for senior managers was issued to departments with effect from April 1 2017”.

Perhaps they thought it was April Fools.

But back to the Zondo commission. The “deployment policy”, at least the way Mantashe explained it, seems more nebulous.

On the one hand, deployment is about “sending people and giving them responsibilities”. But it’s apparently not about the ANC placing its own people in state positions. The party’s deployment committees simply scour the classifieds, and when a government job ad pops up, they recommend that a suitable freshly-minted cadre apply for the position and leave the rest to fate.

While Mantashe was adamant that the deployment committees are concerned only with director-general and deputy director-general-level appointments, Freund pointed to an underlying ANC policy that says the “strategy should not only concentrate deployment on the most senior level, but lateral entry levels as well”.

This suggests a wider – and arguably more sinister – ambition on the part of the party. Particularly when you factor in Mantashe’s reasoning that “the emphasis is on working with a public service that is not rebellious to government”.

The successful deployment of cadres, it seems, would “prevent the situation where deployed cadres find themselves surrounded by, or locked into structures that do not share the same strategic objectives, but also actively work to undermine [government] goals”.

What Mantashe seemed determined to ignore – despite Freund’s best efforts – is that the public service is already legally and constitutionally bound to carry out the policies of the government of the day.

The heart of state capture

If it seems much of the day was spent untangling the cadre/deployment conundrum, it’s because the issue goes to the heart of state capture.

If, say, a powerful family were to have undue influence over a ruling party or its leader, and that ruling party were to influence the public servants carrying out government’s bidding, you may just find a substantial portion of the national purse stashed under the floorboards of a house in Dubai. Hypothetically.

But we can rest easy: once deployed, cadres lose their ties to the party, Mantashe assured us, and become loyal servants of the people.

Having dealt with that, the conversation meandered around the Guptas, Zuma and oversight.

After allegations of the family’s influence first surfaced in the media in January 2011, the secretary-general’s office (then occupied by Mantashe) analysed and dismissed the reports.

That same year, Fikile Mbablula claimed in an ANC national executive committee meeting that the Guptas told him in advance that he’d be promoted to full minister from deputy. Uncharacteristically, Razzmatazz then seemingly went quiet and wouldn’t share the details, so the party couldn’t do anything.

Two years later, when the Waterkloof landing happened, the ANC knew for sure something was up. At that point it apparently felt the need to tell its ministers and MPs that they shouldn’t act outside the bounds of the law. And later that year the integrity commission suggested president Jacob Zuma should step down.

Other than telling Zondo that the integrity commission recommendation was related to the Waterkloof landing, Mantashe stayed mum. Giving any more detail would mean the commission of inquiry into state capture would effectively turn into an inquiry into the party running the state.

It would “strip the ANC naked in public”, he said.

But, while the party seemed to be doing nothing, Mantashe suggested it was actually peddling under water. It just first needed to give Zuma the opportunity to correct his ways – because nobody who can be “corrected and helped” should be “pushed out” of the ANC.

Which is why the “evolution” of its response to Zuma and the Guptas stretched into February 2018 – seven years and many billions later – when the ANC finally recalled the president.

It’s not that the party didn’t have the opportunity earlier. There were, after all, various parliamentary motions of no-confidence in Zuma. But by keeping it in-house, the ANC was apparently looking after the greater interests of the country. Because if you recall the president, you “collapse the cabinet”, you “collapse the party”, said Mantashe.

The ANC shouldn’t “create a crisis and collapse the country”, the ANC chair told Zondo.

Sadly, by not acting when it could have, it arguably did.

Now is not the time to drop our vigilance. There’s just too much at stake
Opinion
4 weeks ago

The party’s RET posturing has picked up speed ahead of the weekend national executive committee meeting. With Ace Magashule’s future in the balance, ...
Opinion
1 month ago

All aboard the Twitter train ...
Opinion
2 months ago
Next Article