Of recorded road deaths, 57.5% are linked to booze, and only 31% of drivers and front-seat passengers wear seatbelts 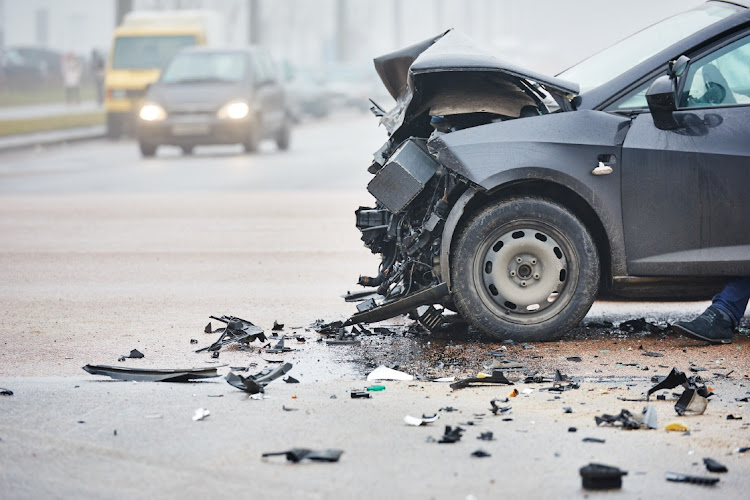 Is SA really the world’s most dangerous country to drive in? A report this month by Zutobi, a UK-based driver education company, says it is. It places us stone-last out of 56 countries, based on road deaths and driver behaviour.

The result – and subsequent local headlines - play up to the national belief that the country’s roads are a lawless slaughterhouse. And there’s no denying that general SA driving and safety standards are appalling.

But the most dangerous country in the world? We’re not even close.

There are nearly 200 independent nations. The Zutobi report covers barely a quarter – all of them advanced enough to provide detailed traffic statistics. Besides SA, Mauritius and Morocco (ranked 29th and 30th respectively) are the only African countries taking part. Having driven in many of the others, I would rather take my chances on SA’s roads. If you want to see real carnage, go north.

The entire Middle East is absent from the report. My experiences there include armed ambushes and countless accidents caused by drivers under the influence of khat, the stimulant chewing drug that is a social tradition in many countries in the region.

Once, a car overtook me at high speed near the top of a mountain pass and continued straight through the barrier, crashing hundreds of metres into the valley below. After a cursory look through binoculars at the wreck – which was surrounded by dozens of others - police lost interest.

Footage and reports from some Asian countries suggest driving is a lottery there too.

Still, not being the very worst is hardly cause for celebration, and the Zutobi report highlights some of the reasons we are so bad.

The ranking is based on road deaths as a percentage of the population; how many are attributed to alcohol; highway speed limits; the use of seatbelts; and driver blood-alcohol limits.

SA also fares badly on the use of seatbelts. Only 31% of drivers and front-seat passengers wear them. The worst offenders are Bolivia, on 3.5%, and India and China, both on 7.25%. Japan, France, Germany and the Czech Republic all boast 98% compliance.

Between 2010 and 2019, 132,485 people were killed in SA road accidents. In 2019, the number was 12,503. Official 2020 numbers haven’t been published yet but they are likely to be lower – mainly because the lockdown and working from home drastically reduced traffic.

SA is signatory to an international agreement to halve traffic deaths by 2030. Around the world, an estimated 1.35-million people are killed on the roads every year. That’s a daily rate of about 3,700. According to a UN report, the current decade will see about 500-million people either killed or injured. It describes the situation as a “preventable epidemic”.

Another report says: “Shockingly, traffic injuries are now the leading cause of death for children and young adults aged five to 29.” It adds that 90% of deaths are in low- and middle-income countries. The UN, which named road safety as a pillar of its policy for global sustainable development, has declared the 2020s The Decade of Action for Road Safety.

To halve its own death rate, SA will have to change many attitudes. The Automobile Association (AA) said recently: “Efforts are being made to deal more effectively with road safety, but it is clear these efforts are misguided and it’s questionable if they will have any meaningful impact on our country’s road death toll.”

​These efforts include a plan to ban drivers from consuming any alcohol before getting behind the wheel. Current rules allow an average person to down the equivalent of a couple of beers before breaching the blood-alcohol limit. Transport minister Fikile Mbalula says the new zero-tolerance approach will have a major impact on road deaths.

Not everyone is convinced. As the AA observes, there’s no point in imposing traffic laws if you don’t implement them. Rules to discourage and punish drink-driving have been in place for years. Likewise, traffic police can – but don’t - pull overladen vehicles off the roads, or those with faulty lights, broken chassis, belching exhausts or any of the other problems we all see daily. When did you last see a vehicle come to a complete halt at a stop sign? When did yours?

As long as motorists realise there are no consequences for breaking the law, there is no incentive (besides conscience) to do so. Minibus taxis are already a law unto themselves.

Zero tolerance should apply across the board. Police usually crack down on drink-driving only over holiday periods. For years, the enforcement emphasis has been on speeding. It’s relatively easy to police and raises lots of money.

As the AA says of the zero-alcohol plan: “How will a single piece of legislation change drivers’ attitudes when nothing else around traffic law enforcement changes at the same time?” Only “proper and implementable actions” will improve SA’s “abysmal” road death toll.

The dream is clear: develop a pan-African motor industry to service a new-vehicle market that will grow by 400% over the next 15 years
Opinion
6 months ago

On the other hand, used-vehicle sales are flying – but even here, stock availability is an issue, thanks to Covid lockdowns
Opinion
6 months ago

All Blacks get the better of the Boks in thrilling ...