The police force, which should have prevented the havoc and unnecessary bloodshed on our roads, are hopelessly unable to compel compliance 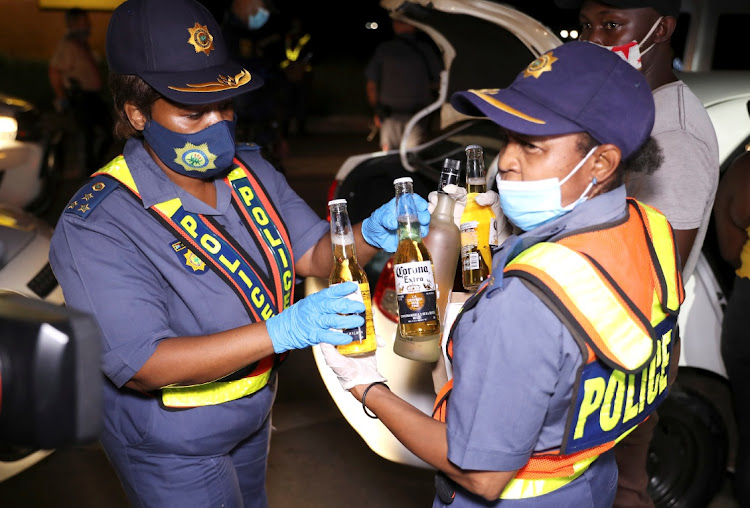 Every time I hear another politician trumpet some kind of victory for the alcohol ban by claiming that it decreased trauma cases in hospitals, I want to scream. It may be an irrational reaction, but the flashpoint of the madness of the ANC’s response to Covid has driven me to it.

Of course reducing alcohol consumption will bring down road accidents and fights in bars or taverns. But there is another thing that can produce a similar result: it’s called policing.

People can have too much to drink at a bar or tavern and get into a fight with no fear of criminal consequences. Or, drive blind drunk and have an accident. Or just drive drunk.

Many drunk drivers have told me over the years that if they get caught, they can easily bribe the police officers who stop them. The stories are abundant: drunk driving, roadblocks, and wads of cash.

It’s all good and well celebrating, as President Cyril Ramaphosa did at the beginning of the year, that Baragwanath hospital had zero trauma patients on New Year’s Eve. It’s a record, we were proudly told by multiple government figures, smug with this unintended consequence of harsh, beachless restrictions. Never before has this unnecessarily destructive night of revelry and wanton destruction proved so victimless.

If there’s one thing we’ve learnt from SA’s brush with Covid, it’s that policing is much more broken than we imagined before March 2020, when the lockdown first kicked off.

Right from the outset, the first sign of this broken system was a spate of civilians who ended up dead thanks to the involvement of the security forces. Rest in peace, Collins Khoza and all the other unnecessary dead.

But when it comes to the very basics of the police’s job — ensuring safety on our roads and in our houses — they just aren’t up to the job. Over weekends, for example, there is little visible policing in areas where people gather to drink. This is one of the reasons why most South Africans have a laissez-faire attitude towards respecting the rules of the road.

There is, of course, another reason for this disregard for the law.

It is this: why should everyone else follow the rules when ANC cadres allegedly steal billions and are still employed in our government — even in cabinet or parliament? (Here’s looking at you, Bongani Bongo and David Mahlobo.)

The claim that Mahlobo took R84m illegally from the State Security Agency — which he either delivered to former president Jacob Zuma, or didn’t — says all you need to know about the example set by our political leaders.

It is now also clear that Ramaphosa knew this at least six months before he appointed Mahlobo to his deputy minister position. This is because former cabinet minister Sydney Mufamadi, who delivered blistering testimony about this issue at the Zondo commission, handed Ramaphosa the report from the high-level review panel he chaired, detailing his findings.

And yet Ramaphosa reappointed Mahlobo as deputy minister of human settlements. This is scandalous, not just for the R84m, but also because Mahlobo is the same guy who, as Zuma’s energy minister, tried to lock SA into a ruinous R1-trillion nuclear deal with Russia.

It provides crisp insight into the culture of accountability in the ANC. And many South Africans, witnessing this example, would feel little compunction about breaking the rules too. Of course this could never be a justifiable excuse for transgressing, but it could explain the psychology of the social response.

But people are emboldened by the fact that the police force — which should have prevented the havoc and unnecessary bloodshed on our roads — are hopelessly unable to compel compliance. Like the neglected health-care system, the police force is a victim of the ANC’s mismanagement and aversion to accountability.

We, SA’s citizens, pay for this ineptitude.

We pay for it with lost opportunities — the closed beaches next to which small vendors couldn’t make a living, the closed corner tavern that had supported numerous families, and the restaurants that were shuttered after holding on all year for the December season, only to have a lockdown imposed on them.

We pay for it with lost jobs and lost investment. In the past few weeks, brewing company Heineken has been cutting jobs and AB InBev has scrapped R2.5bn in investment, also laying off more than 500 temporary workers.

And yet Ramaphosa asks the country to “drink responsibly so that we do not experience a spike in trauma cases or an increase in infections due to reckless behaviour”.

Rather, this is a government which, thanks to the harsh spotlight of Covid-19, can no longer hide from the consequences of decades of running critical institutions — like the police — into the ground.

Booze boon may be too late for restaurants

Bheki Cele’s lack of tact can make him look like a clown, but he was trying to save us from ourselves by enforcing the lockdown booze ban
Opinion
2 months ago

Tonnes of malt barley, usually used for brewing beer, are going to waste and may have to become animal fodder
National
2 months ago
Next Article

Booze and beaches back in business

Booze and beaches back in business