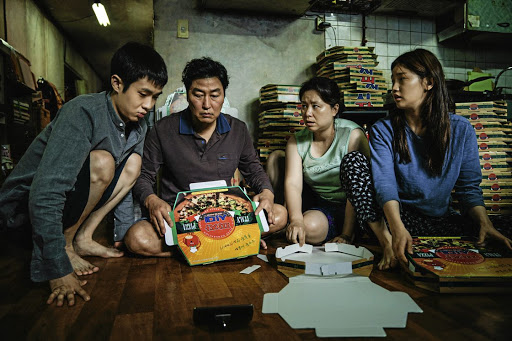 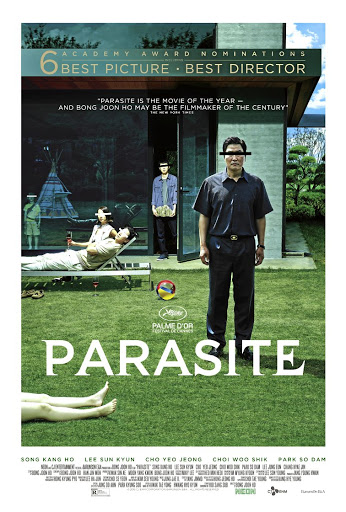 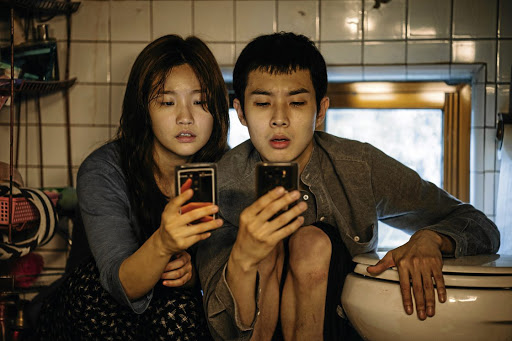 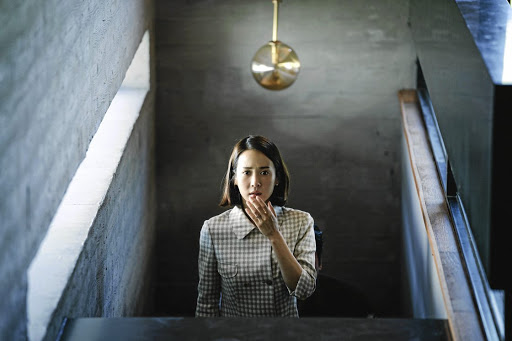 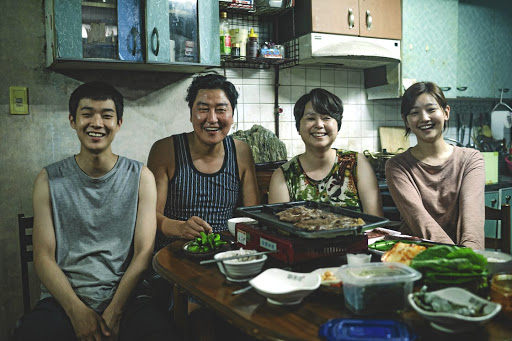 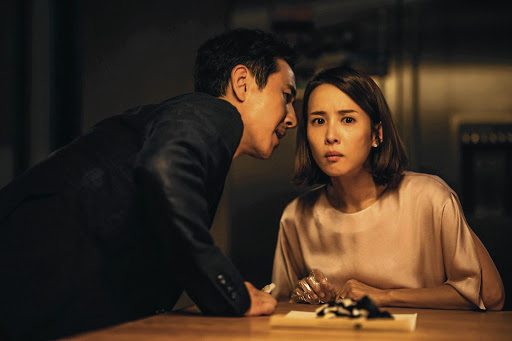 The lowly tick is a subclass of parasitic arachnid, so small it is difficult to detect straight away. Their Haller’s organ is a unique complex sensory structure that smells out humidity, carbon dioxide and temperature, to identify suitable hosts in order to survive.

They can even detect infrared, light that feels warm but cannot be seen, enhancing their ability to survive in complete darkness. This peculiar combination ensures it is invisible to its host and, true to the original Greek definition of parasitos, remains: eating at another’s table.

Initially intended to be a play, Parasite (2019), the latest gut-busting film from South Korean auteur Bong Joon-ho, entered into our world quietly, and few detected its presence.

The deceptively simple premise is that of the Kims, a poor family who take an interest in a rich family, the Parks, and the strange tension that unfurls between their homes.

Followers of Bong’s work will be pleased to see his idiosyncratic style has been kept intact. Newcomers would have their viewing pleasure intensified by experiencing previous works in his canon. Suggestions would include Mother (2010), The Host (2006), Snowpiercer (2013) and Okja (2017).

At the time of Parasite’s scriptwriting, Bong had just completed his blockbuster Snowpiercer and his mind was racing between the astriction of rich and poor. The first half of Parasite was inspired by his own experiences as a maths tutor in a rich household.

This film remained relatively unknown until its barnstorming eight-minute standing ovation after its premiere at Cannes in 2019. Bong famously stopped the marathon praise simply because his team was hungry, and Parasite is now the most commercially successful South Korean film in the western hemisphere to date.

Consider its astonishing trajectory: 299 award nominations (six of these for Oscars including best picture and best international feature film, a world first — of which it won four); 180 awards won; a 40-country release and; as of last weekend, a gross worldwide total of $163m. How did a genre-bending South Korean polemic slip onto our plates without being detected?

This film cannot be categorised easily, as Bong has subverted so many genres to make it a masterpiece. In a 2019 interview for Polygon Entertainment, Bong expressed fears that the nuances of Parasite were so densely Korean that it would not translate for Western audiences.

Examine this mix of bizarre narrative devices and one might agree with him — landscape rocks, cream cakes, Ramdon, pizza boxes, peaches as weapons, boiled radishes, and Taiwanese Castella cake shops.

If one resists the impulse to rest on Hollywood clichés this human tale slides open before us and we peek into a world that could have played out in any Southern African neighbourhood. Parallels abound: from domestic help by recommendation, identity-masking, to the utter invisibility of the poor. Bong deftly weaves these societal fractals into cogent nodes that express the true power of cinema — empathy.

From the outset the viewer is arrested by the cinematography of longtime Bong collaborator, Hong Kyung-pyo.

Hong paints a harmonious duality of rich vs poor existing within the same paradigm, and the viewer is always forced to visually contend with the vastness of space, or lack of it.

The Kim family survives in a squalid basement with a low eye-line, constant noise, limited sunshine, no view of the sky and, much like life above the 38th parallel, privacy is irrelevant. The magnificently elevated Park family home (a set built from scratch), is photographed beautifully with Ozu-esque pillow shots to express sunlight pouring in throughout the day, clear views of the sky, sublime silence and absolute assurance of privacy mocking the limbo-like existence of the Kims.

Of course, stunning visuals have to work with a stellar cast. It’s curious to note that previous Hollywood A-list stars make no appearance in this film. Frequent past collaborators with Bong have included Tilda Swinton, Paul Dano, Jake Gyllenhaal, and even Captain America himself, Chris Evans.

But to achieve a four-Oscar-winning film with a cast of Korean stars including Song Kang-ho, Cho Yeo-jeong, Lee Jeong-eun and Jang Hye-jin, is an astonishing feat. Resisting jingoistic temptations, this reaffirms the unique quality of Parasite — a story made by Koreans, for Koreans, but one that outsiders still get to experience.

The narrative arc assumes the position of a Rorschach test, with the anecdotally dense scenarios pulling the viewer in deeper — we see one scene but we actually experience several.

Observe a compressed five-second moment where we are introduced to the little son of the rich Park family, Da-song. Shooting his toy bow and arrow wherever he chooses, he runs around the house playing "Cowboys & Indians". Perhaps a minor narrative device, but examine the proscenium arch again and a dense triple entendre reveals itself. Echoes of the first nations at the hand of the Virginia Company, another parasite, landing in the Americas in the 1600s reverberate in one sphere, while in the other, we see parallels of champion archer Nam-joo from Bong’s earlier film The Host. She shoots her arrows at a gargantuan beast from the unseen depths of the Han River. The beast survives off the blood of humans after American soldiers pour formaldehyde into the water.

Phantasmagorical as it may sound (no beast has ever been sighted) it is true that formaldehyde was dumped into the Han River by Americans in a politically charged event in 2000.

Da-Song’s mother orders only from Amazon in America. His new art therapy tutor claims to have a degree from a top American university she has never seen — mirroring an impulse of using America to their benefit, as other Koreans may have also been used. He brings us round in full circle, and does it over and over again.

"Once you overcome the one-inch-tall barrier of subtitles, you’ll be introduced to so many more amazing films," declared Bong in his acceptance of the film’s 2019 Golden Globe award. With Western audiences seeking out different narratives this axiom may become the new norm.

In a poignant piece from the Hollywood Reporter in 2016, it was foretold that Hollywood’s reliance on re-ups, sequels, prequels, interquels and midquels was a sinking ship. It’s hard to believe that Tom Hooper’s spectacular fur-ball-up Cats (2019) cost $110m to produce, while only $11m was used to make Parasite.

To grapple with this intense film experience you are compelled to embrace Bong’s blurring of truth and fiction, and it works.

Whether we live in sunlight at the top of the mountain, or below in a dark basement, Parasite is an apt, timely critique and, like a tick, it will not release you. Its success in the West may spur a hunger for other Asian cinematic stories — Japanese, Chinese, Indian and beyond — revealing themselves to a mainstream audience.

Bong is already working on his next two features, and we will be more than ready to embrace the one-inch artifice.

Bong’s blacklisters now want to be his parasites

JSE strengthens ahead of US Covid-19 relief package ...