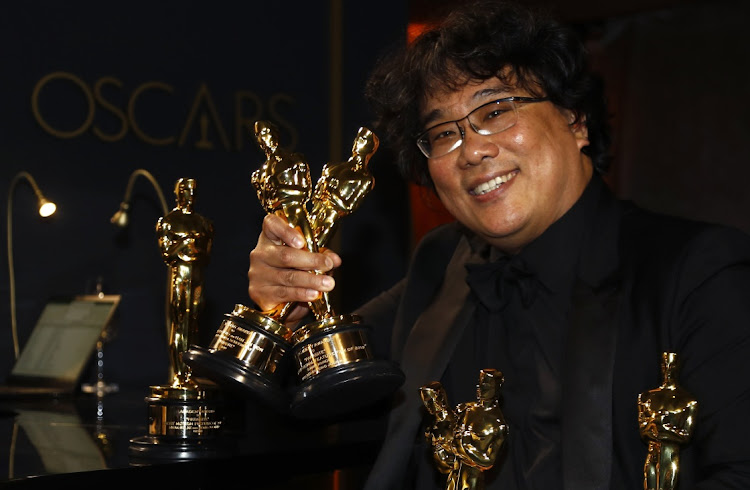 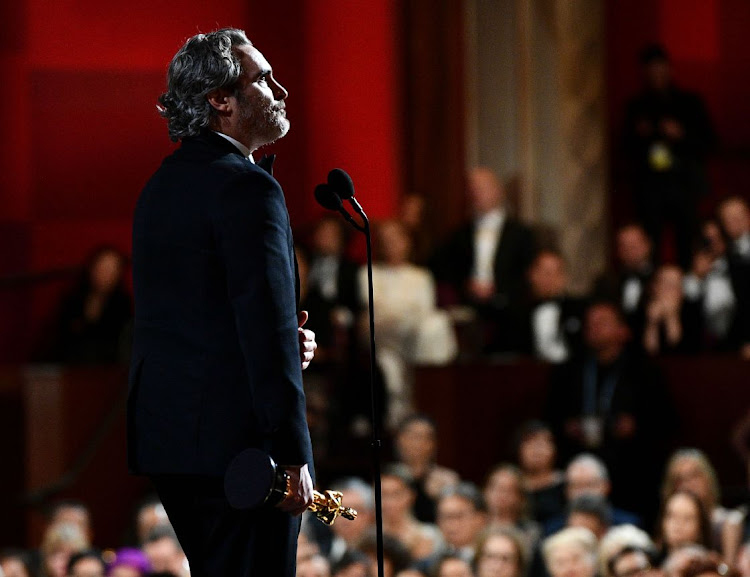 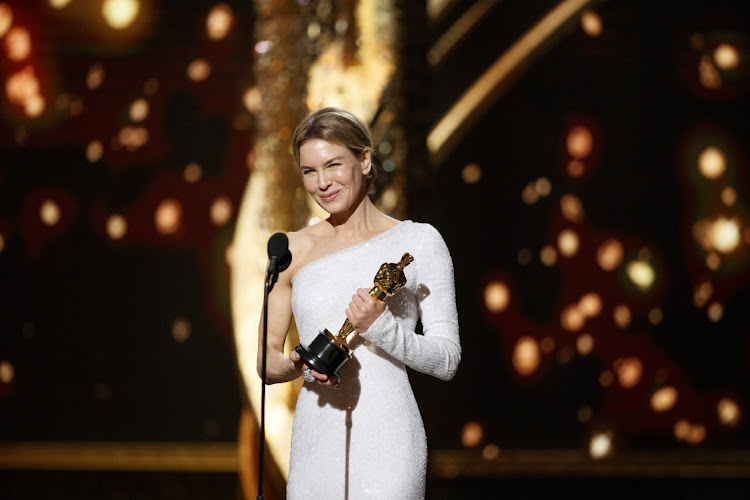 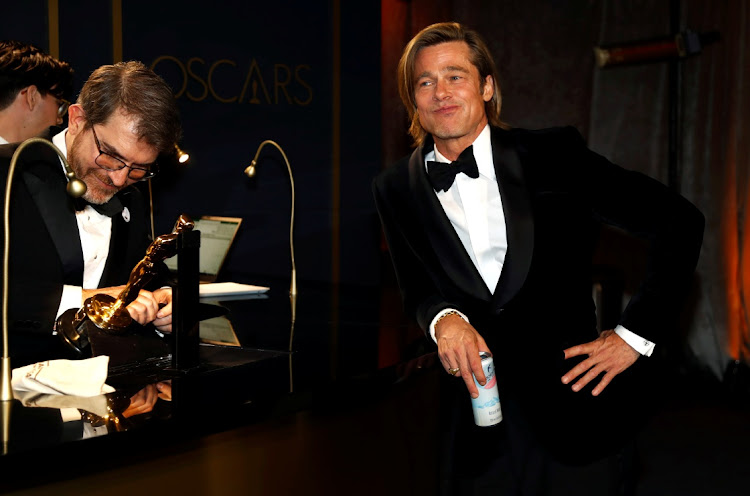 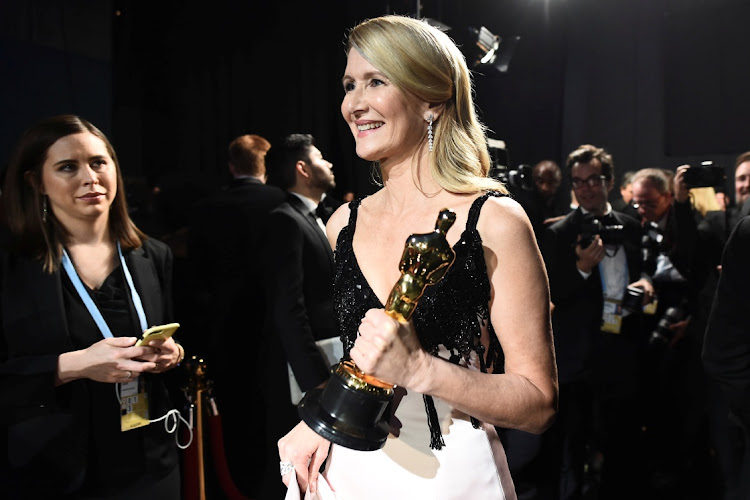 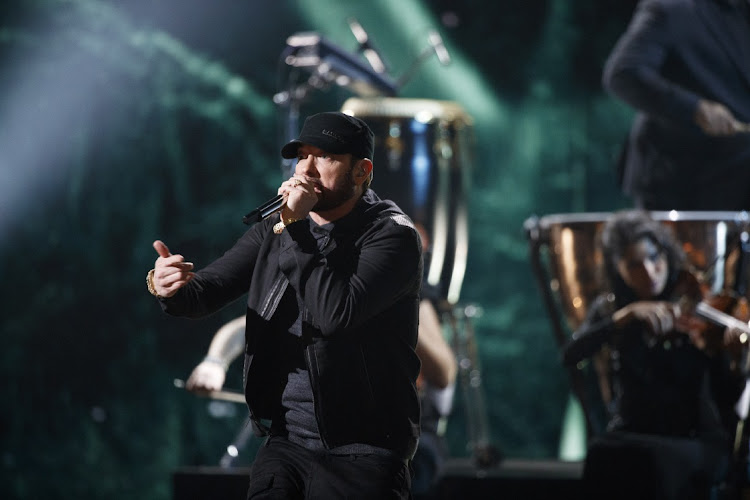 It was a remarkable outcome for a film that played with subtitles in the US, beating movies by major studios and Hollywood veterans such as Martin Scorsese and Quentin Tarantino. The win also came at the end of an awards season that had been criticised for lack of diversity.

Instead, the Oscars stage was crowded with South Korean actors and filmmakers, who mostly spoke to the audience through an interpreter.

“I am speechless,” said Kwak Sin Ae, one of Parasite’s coproducers. “We never imagined this would ever happen. We are so happy. I feel like a very opportune moment in history is happening right now.”

The 92nd Academy Awards ceremony has come and gone, but not without several memorable moments.The night started with a performance by Janelle Monae, during which she shouted: “It's time to come alive because the Oscars is so white!” Representation was a popular topic of discussion, with many criticising the lack of nominees of colour in acting categories and the lack of female director nominees.

When Bong got his first Oscar of the night — for best original screenplay — he gazed at the golden statuette in amazement. He later paid tribute to his four fellow director nominees, saying, “I would like to get a Texas chainsaw and split the Oscar into five and share it with all with you.”

Earlier in the evening, the ceremony, held without a host, was peppered with jibes and sarcastic remarks about the exclusion of women from the directing category and just one person of colour in the acting nominations.

“I said there was something missing this year,” quipped comedian Steve Martin, opening the show with Chris Rock.

Phoenix gives thanks for second chance

The acting Oscars went as expected. Joaquin Phoenix won best actor for playing a failing clown who finds fame through violence in the dark comic-book tale Joker, and Renee Zellweger was named best actress for her performance as an ageing Judy Garland in the musical biopic Judy.

Phoenix, a strict vegan, gave a long, impassioned acceptance speech about climate change and animal rights but concluded on a personal note. “I've been a scoundrel in my life. I’ve been selfish, cruel at times and hard to work with, and I’m grateful that so many people in this room have given me a second chance,” he said.

World War 1 movie 1917, from Universal Pictures, had been seen as the film to beat but won just three of its 10 nominations. They came for its stunning “one-shot” feel cinematography, for visual effects and for sound mixing.

Tarantino's sentimental ode to Tinseltown, Once Upon a Time in Hollywood, brought the first acting Oscar for Brad Pitt, who played a supporting role as a laid-back stunt man.

Music played a large part in the ceremony, with a surprise performance by rapper Eminem of his 2003 Oscar winning song Lose Yourself from the movie 8 Mile.

Elton John won best original song for (I’m Gonna) Love Me Again from his biopic Rocketman, which he performed at Sunday night’s ceremony. And US teen Billie Eilish, who won five Grammys last month, sang Yesterday for the in memoriam segment.

American Factory, about the decline of manufacturing jobs in the industrial Midwest from former US president Barack’s and first lady Michelle Obama’s new production company, won for best documentary.

From ‘The Irishman’ to ‘Marriage Story’, it has been a good year for film
Life
1 year ago

Bong was secretly targeted by the ousted Park Geun-hye, under whose rule authorities blacklisted nearly 10,000 artists and writers who expressed ...
Life
3 years ago

Leonardo DiCaprio and Brad Pitt star in a film that somehow transcends charges of tastelessness.
Life
1 year ago