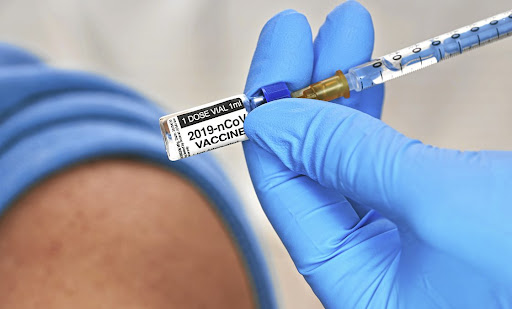 Remember the creepy kid in the movie The Sixth Sense? "I see dead people," he whispers to Bruce Willis, who plays a child psychologist who can talk to the dead, and who (spoiler alert), as it turns out, is also dead.

Meeting antivaxxers and "vaccine hesitant" people, as one does in the course of an ordinary working day (my mechanic is the former), it’s hard sometimes not to whisper the kid’s words. Sometimes I make the mistake of saying them out loud, after which it is usually difficult to salvage the day.

It might be better to say of those who refuse to be vaccinated "I see zombies", though that wouldn’t necessarily differentiate between them and the average social media user.

The thing is, patience is wearing thin. We are 19 months into a global health emergency that has killed more than 4.5-million people, ruined businesses, bankrupted economies and set development goals back by a decade.

Yet, thanks to science, there is now a way out of this mess. It comes in a tiny, chilled vial of freedom shot into your upper arm.

PSG Group CEO Piet Mouton, who pointed out in an open letter that people refusing to get vaccinated posed not only a health risk but also an economic one, summed up the widespread, idiot-fuelled, unhinged, flat-earther resistance to vaccination in one sentence.

"We are heading with warp speed towards a place where those who are throwing their right of choice on the table will see those same rights severely impacted or even taken away by social unrest, weakening economies, death and destruction."

Give that man a Bell’s.

Want to give the economy a shot in the arm? Then do it already.

We need to stop thinking of antivaxxers as outright stupid, and instead try to find ways to convince them to ditch their dangerous beliefs
Features
1 year ago

Covid is no joke, it’s not ‘just the flu’. I find it rather difficult to sympathise with most of the antivaccination arguments
Opinion
11 months ago
Next Article