Covid is no joke, it’s not ‘just the flu’. I find it rather difficult to sympathise with most of the antivaccination arguments 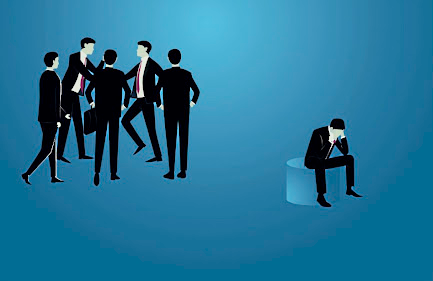 The only way to get the best of an argument is to avoid it. Show respect for the other person’s opinions. If you are wrong, admit it quickly and emphatically. Be a good listener. Make the other person happy about doing the thing you suggest. Don’t criticise, condemn or complain.

Recognise the sound bites? Then you’ve probably read How to Win Friends and Influence People, written by Dale Carnegie 85 years ago.

First, let me put some cards on the table. I’ve never been much of a vaccine fan myself. Over the past decade, I’ve consistently ignored the annual text message from the NHS inviting me for a free flu jab.

When Covid made its way from Wuhan to London a year and a half ago, I was probably more sceptical about it than most. I wrote a piece questioning some of the statistics about infection and mortality rates at the time. I accepted that I would probably "have my turn" at some point, but I wasn’t particularly concerned about it: I’m (just) young enough not to be in a high-risk category; I also do not suffer from co-morbidities that I’m aware of. If theoretically there had been a vaccine 12 months ago, I certainly would have thought twice before taking it.

Then, just as the UK experienced the worst of its second wave in early January and hospitals were overflowing, I lost my sense of taste. Fever, relentless coughing, body aches and extreme fatigue followed. At the risk of sounding like a drama queen, the subsequent 10 days were rather harrowing. It took two months before I could start running again.

Against this background, I was therefore all too happy to receive the AstraZeneca vaccine when offered my first jab back in March, even though I probably still had antibodies from the virus itself floating around my system.

Anything to avoid (or lighten) the symptoms that I experienced at the beginning of the year.

Yes, I’ve heard about the blood clots. But to refuse a vaccine with 90% efficacy, just because there’s a risk of side effects amounting to about 1 in 150,000 (quoting numbers from the European Medicines Agency), doesn’t strike me as good maths. The side effects can usually be treated, dying from Covid cannot.

Carnegie’s disciples would probably steer clear of topics such as gold, Rassie Erasmus ... and Covid vaccines

On a recent trip to SA, I was a little shocked to learn that some of those closest to me exhibit various shades of vaccine hesitancy. A good friend describes himself as a nonvaxxer (as opposed to an antivaxxer); I’m told this means that he does believe in the vaccine, but only for other (more vulnerable) people. How does he know how his body will respond to Covid when he eventually contracts the virus, as seems inevitable? His response boils down to the fact that he is prepared to take his chances – just as I once argued. I will continue to be concerned about his wellbeing.

This SA trip of mine took place during the second half of June, when every second person in Gauteng seemed to go down with Covid at the same time. On three consecutive days, I was in close contact with different people who all let me know that they tested positive shortly after our interaction. Thankfully, I was spared this time. It’s a sample of one, admittedly, but I’d like to believe this proves the vaccine actually works.

I also had a meeting with a client of our firm who contracted Covid a few days later. Upon my arrival back in the UK, I received the sad news that he had passed away three weeks to the day after we’d met. When I saw him that last time, he seemed to be in rude health. He was 49 years old.

Covid is no joke, it’s not "just the flu". I find it rather difficult to sympathise with most of the antivaccination arguments. Last week I saw a tweet by someone from the Netherlands who describes himself as a medical statistician and epidemiologist, stating that Covid had killed a lot of his heroes, though none of them had died. I think I know what he means.

I fully understand that Discovery penalises those who won’t take the vaccine by charging higher life insurance premiums. How can you blame any bunch of actuaries for actually focusing on statistical probabilities?

I don’t expect to win friends and influence people with this piece … shall we discuss Rassie Erasmus instead?

It has provided people in lockdown with an overdose of individual experience, while denying us the opportunity of meaningfully developing the groups ...
Opinion
10 months ago

Value investing is a bit like wearing masks, and Brexit, and Donald Trump: it divides opinion
Opinion
1 year ago

Show me someone who says that they managed to forecast the 2020 playbook accurately, and I’ll show you a liar
Opinion
1 year ago
Next Article