The EFF’s ‘pay back the money’ refrain has come back to haunt it, with red faces all around 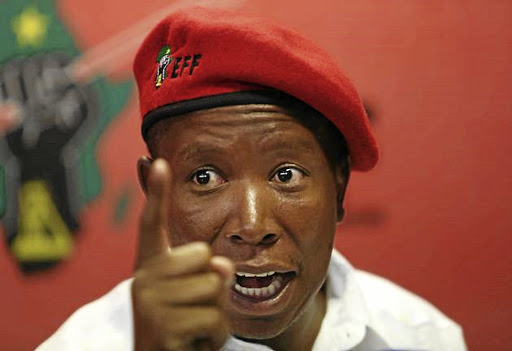 Julius Malema: Alleged to have benefited from VBS looting. Picture: The Times/Alon Skuy

Who would have thought that "pay back the money" would take on such a poignant meaning for the EFF?

It was the gleeful chant the party yelled when pushing Jacob Zuma, its bosom-buddy-turned-arch-enemy-and-back-again, to refund the taxpayer money spent for his personal benefit on upgrades to his Nkandla residence.

The EFF was among those who won a Constitutional Court ruling that ordered Zuma to pay back the money, a proud moment for the fledgling party. But this time around paying back the money marks a moment of guilt and shame for the EFF and its leadership.

It relates to the R2.7bn looting of the VBS Mutual Bank and the share of this money received by Brian Shivambu, the brother of EFF deputy president Floyd Shivambu.

The party has been dogged by allegations that it played a role in looting the bank for the benefit of its leaders — the funds are reported to have been extracted through Brian’s company Sgameka Projects and went towards bankrolling the lifestyles of his brother and EFF leader Julius Malema.

After months of bullying, harassment and screaming denials by the EFF, Pauli van Wyk of the Daily Maverick’s investigative wing, Scorpio, found a confidential, signed acknowledgment by Brian that he and Sgameka received about R4.5m from Vele Investments, the majority shareholder in VBS, for no good reason.

She reports that in the document, which forms part of the liquidation proceedings of Vele, Brian agrees to pay it all back.

Naturally, the EFF’s Twitter army has been silent on the matter, in stark contrast to its bluster when Van Wyk first reported on the party’s role in looting money deposited by pensioners and the poor.

Hawks firing on half its cylinders, says Godfrey Lebeya

Hawks firing on half its cylinders, says Godfrey Lebeya