Chair refuses to disclose nature of discussions, but it is believed president would not have said anything that would incriminate him 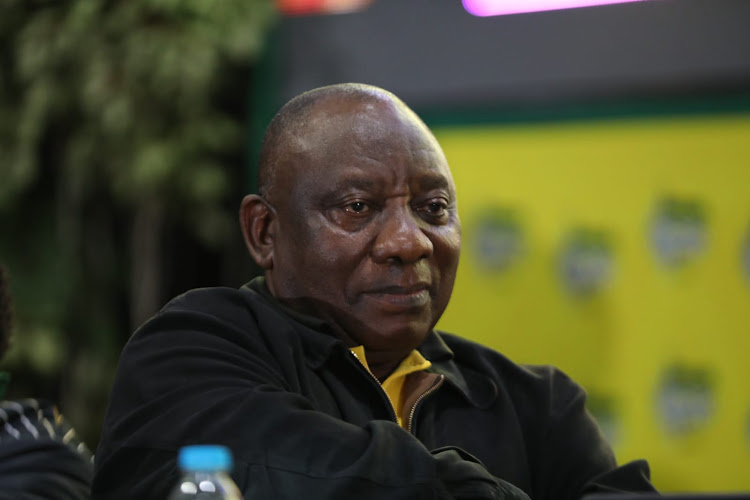 President Cyril Ramaphosa has appeared before the ANC’s integrity commission, almost two months after it emerged that a large amount of cash had been stolen from his Phala Phala game farm in Limpopo.

Integrity commission chair George Mashamba, who is a delegate at the ANC’s policy conference at Nasrec this week, on Friday told the FM that Ramaphosa had appeared before the committee on Tuesday.

Mashamba refused to disclose the nature of the discussions, but it is believed Ramaphosa would not have told the commission anything that would incriminate him.

Any such disclosure would force the commission to get involved in legal processes that might unfold around the saga, something it doesn’t have the capacity to do, a member of the commission told the FM.

Ramaphosa indicated his availability to appear before the commission soon after former spy chief Arthur Fraser alleged in an affidavit that the president had interfered with an investigation into the theft of about $4m in cash, concealed in furniture at his home in Phala Phala.

The hearing had been delayed because the commission said it wanted all its members present for the meeting.

Ramaphosa’s appearance before the commission came days after he submitted written answers to the office of the public protector, in relation to that institution’s Phala Phala investigation. Acting public protector Kholeka Gcaleka had threatened to subpoena him if he did not meet the July 18 deadline for submission.

It also came days before the start of the ANC’s three-day policy conference, where the party’s rules on dealing with leaders implicated in serious wrongdoing are set to be discussed.

If you boo, you get booted out, ANC chair Gwede Mantashe told Business Day
Politics
2 weeks ago

The ANC will discuss whether the mandate should be expanded to specifically include employment and growth, says Mmamoloko Kubayi
News & Fox
2 weeks ago