The fatal flaws of NHI

While the government is eager to show it is doing something about the country’s health-care crisis, the practicalities of its proposed plan for National Health Insurance remain murky 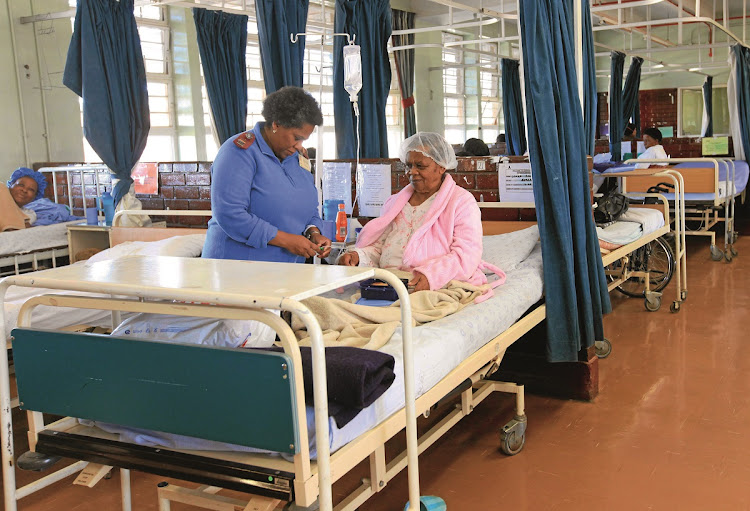 While it may be political suicide to say so publicly, several senior government officials privately say the reforms proposed in the bill are so ambitious that they are likely to be decades in the making.

The proposed law seeks to breathe life into the government’s plan to provide universal health coverage, which it calls NHI. It aims to establish a central fund that will purchase services from public and private sector players on behalf of eligible patients, who will receive free care at the point of delivery.

The envisaged reforms require huge restructuring of the health-care system, the creation of an enormous bureaucracy to register the entire population, new systems for contracting and paying service providers, and the accreditation of thousands of hospitals, clinics and private sector health-care professionals, ranging from GPs to neurologists.

That will all supposedly be in place within seven years.

For the medical scheme industry and those who rely on it to prefund their access to private health care, one of the bill’s crucial sections is clause 33, which states that once NHI has been fully implemented, medical schemes "may only offer complementary cover to services not reimbursable by the fund". That gives the schemes a lifeline until at least 2026 and, in all likelihood, a good deal longer.

Exactly what health-care benefits will be provided by NHI and how they will be funded remains murky. What is, however, clear is that the government is determined to be seen to be tackling the problems gripping the health-care sector. Even the best public hospitals and clinics are buckling under the demand for services, and the dwindling proportion of the population that can afford medical scheme cover for private health care faces annual premium increases that consistently outstrip consumer price inflation.

Patients who use private health care face a number of challenges. They are buying blind, with no independent oversight of the quality of services they purchase, and no way of knowing whether they are being ripped off or offered unnecessary procedures.

Over-servicing in the private sector is evident in SA’s extraordinarily high rates for Caesarian sections (about 60% of all births in the private sector in 2017, according to the Council for Medical Schemes) and even for the more mundane tonsillectomy (1,888 per 100,000 people aged 19 or under in 2012). Both rates are among the world’s highest.

The problems are even worse for those who rely on public facilities. Patients currently face a five-year wait for hip and knee replacements at Chris Hani Baragwanath Hospital in Soweto, while it takes on average seven hours to see a doctor and collect a prescription at Pretoria’s Steve Biko Academic Hospital.

The government’s plan for fixing these deficiencies is to merge SA’s two-tier system into a single one, centred on an NHI Fund that will pool finances to purchase services for the entire population.

While few people would take issue with the social solidarity principles that underpin the fund — namely that everyone should contribute only as much as they can afford to the fund, and that the rich and healthy should subsidise the poor and infirm — the problem lies with how the policy will be executed.

Many aspects of the bill are vague, ranging from the role of the provinces to the interplay between the new district management offices and units that will contract with service providers.

The provisions that affect medical schemes are equally confusing. For example, while the bill says medical schemes will ultimately only be able to provide complementary cover, it also states that NHI will provide "access [to] health-care services within a reasonable time period", without defining "reasonable". If cataract surgery is covered by NHI, but the waiting period is three years, would that be deemed unreasonable and could a patient then have cataract surgery covered by a medical scheme?

Similarly, the bill says patients must follow the correct referral pathways to be covered by NHI, which means they must first consult a GP, who will direct them to a specialist. What happens if a pregnant woman decides to skip the GP and go straight to her regular gynaecologist or obstetrician? NHI won’t cover the costs, but does that mean a medical scheme can?

What is clear is that the crafters of NHI envisage a sharply diminished role for medical scheme administrators, who are not mentioned in the bill.

When pressed on the issue, Aquina Thulare from the presidential NHI "war room" says the fund will be publicly administered, and there is no plan to outsource any part of this function to the private sector.

Public confidence in the state’s capacity to run large institutions is at a record low, thanks to the growing evidence of public sector corruption and the financial crises gripping state-owned entities such as Eskom and SAA. Yet the bill does nothing to assuage fears that the NHI Fund will create a new pot of money for the unscrupulous to plunder.

None of the governance concerns raised when the first version of the draft bill was released for public comment last June appears to have been addressed, and the new bill deepens the health minister’s control over the fund and its operations, says Sasha Stevenson, head of health at advocacy group Section27.

The bill gives the minister extensive powers to make key appointments, including members of the board, the CEO, the advisory committees responsible for determining what benefits patients will get and how much service providers will be paid, and a new procurement office that will manage lucrative tenders for medicines and equipment.

This arrangement leaves the fund wide open to corruption, says Wits School of Governance’s Prof Alex van den Heever. "It creates a conflict of interest between operations and accountability: if your appointment is political, you are accountable to the appointer and the governance structure means nothing," he says. "And if the minister doesn’t like what the CEO is doing, he can simply remove them."

The pool of money being eyed by the state as potential income for the fund is enormous: in 2019/2020, SA’s total health-care spending will be about R490bn, or close to 9% of GDP, by Treasury estimates. Of this, R222bn is the consolidated public health budget; R11bn is donor money; and R250bn is private sector spend, which includes R207bn in medical scheme contributions, R35bn out-of-pocket spending, R5bn in contributions for health insurance products, and R2.6bn spent by employers providing health services to their workers.

Though the bill does not say it will draw on the funds currently spent on medical scheme contributions, that assumption is implicit in the government’s rhetoric around NHI. People will not want to pay medical schemes to cover services they receive under NHI, so the argument goes, and as medical scheme membership drops, so more money will be available to fund NHI.

For now, however, the bill says the NHI Fund is to be financed by shifting money already in the public health budget, including redirecting conditional grants earmarked for programmes such as HIV/Aids. At a later stage it envisages absorbing the portion of the equitable share earmarked for provincial health, which stands at about R150bn a year.

The bill also proposes several new taxation options for raising additional revenue, such as a surcharge on income and a payroll tax. Here, again, there is a hint that things may not move as fast as the government hopes, as there is an acknowledgment that the current fiscal environment doesn’t lend itself to raising taxes.

Given that the central bank’s most recent forecast shows the economy growing just 0.6% this year, 1.8% in 2020 and 2% in 2021, it could be a very long wait indeed before the required revenue can be raised.

JUSTICE MALALA: Who are we fooling over NHI?

NHI at a glance

National Health Insurance (NHI) is the government’s blueprint for changing SA’s health sector so the country has a single system providing services that are free at the point of care for eligible patients: no demands for hair-raising deposits upfront, no big bills afterwards.

• Why is the government pushing it?

Because both the public and private health-care sectors have deep-seated problems. The public sector is overstretched and cannot meet demand. The private sector is unaffordable for a growing proportion of the population. The government wants to put an end to the health-care lottery, where your wealth and where you live determine what care you receive.

Everyone will choose a GP or nurse as their primary health-care provider, close to where they live or work. This will be their first port of call when they are sick, and they will be referred to a specialist or hospital when required. These health-care services could be provided in the public or private sector. Follow the “referral pathway” and the state will pay for everything. Break the referral pathway and you’ll have to dig into your own pocket.

• What does it mean for private health-care providers?

Private providers will contract with the NHI at rates determined by the government. For the time being, they will be able to continue providing services to patients who pay out of their own pockets or via medical schemes. Over time, the state expects the medical scheme market to dwindle, and private providers will see an increasing proportion of their business coming from NHI-funded patients.

• What will happen to medical schemes?

Nothing just yet, but in time their role will change. When NHI is fully implemented, they will be limited to providing “complementary cover” for services not reimbursed by NHI.

• What will it cost?

The government isn’t saying. The last time it published figures was in the 2017 NHI white paper, which updated modelling done in 2011. At that stage, the National Treasury forecast it would cost R256bn in 2010 money by 2025, assuming the economy was growing at 3.5% a year. The Reserve Bank is predicting economic growth of 0.6% this year.

• Where will the money come from?

Tough one. The economy is in a parlous state, which makes it difficult to raise taxes. And the government has already decided to fund free higher education, as well as provide huge bailouts to Eskom, blowing a hole in the budget. There simply is no money.

• When will all this happen?

That depends on who you ask. The government says NHI will be fully implemented within seven years. But privately, officials say the reforms could take decades.

Changing the healthcare system to one centred on a Fund that will purchase services on behalf of the entire population is sending shivers in the ...
Companies
2 years ago
Next Article

Health department promises no new taxes for NHI — for now

Health department promises no new taxes for NHI — for now