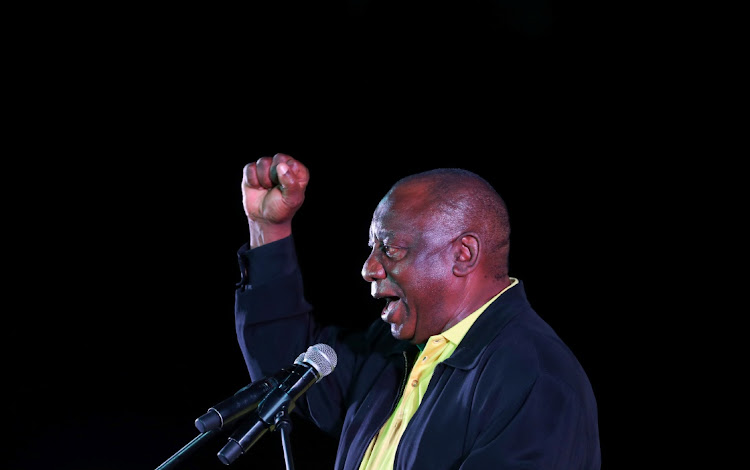 It was yet another demotivating coincidence for President Cyril Ramaphosa. Even as he was launching the ANC’s election manifesto — talking sweepingly of an "end" to corruption — news emerged that civil servants were still fleecing his government by illegally claiming social grants meant for poor South Africans.

Ramaphosa has had to deal with a lot of this sort of dissonance as his soothing public assurances are embarrassingly contradicted simultaneously by some new sordid revelation or other.

Speaking to what was meant to be 500 people (onlookers say there were more) in Church Square in Pretoria, Ramaphosa admitted: "We have made mistakes."

In particular, he said: "We have been slow to act when our public representatives and leaders committed wrongdoing, when they have abused their positions and failed to implement the mandate that you, our people, have given them."

As usual, Ramaphosa was being coy: the truth is that the ANC operates at a glacial pace when it comes to holding party loyalists to account.

Now we’ve learnt that during his "new dawn", 177,108 civil servants have been siphoning off more than R200m every month in social grants from the bankrupt state that Ramaphosa leads. Needless to say, the vast majority of this is illegal. While public servants could conceivably qualify for a care dependency grant, they certainly aren’t entitled to the millions paid in disability grants, the millions paid in old-age grants and the millions paid in child support grants.

KwaZulu-Natal, the home province of looter-in-chief Jacob Zuma, is responsible for R107m of the looted R200m per month. And yet, many of these civil servants remain in the government — years, presumably, after they started skimming money.

Again, this underscores how much of a euphemism it was for Ramaphosa to say during the manifesto launch that "we’ve not always put the best people in positions of responsibility in government". That should be no surprise. For context, those 177,108 public servants represent nearly 15% of the total 1.2-million people working for the government. That suggests not a few bad apples but a well-entrenched racket.

It was also found that thousands of government employees were applying for — and receiving — the R350 Covid distress grant. This is a particularly galling level of cynicism considering that as it is, civil servants are among the highest paid — and least productive — workers in the country.

Writing in his weekly newsletter, Ramaphosa revealed that 16,000 government employees were sporadically receiving the social relief grant and a further 17,000 had applied for it.

Again, the president bemoaned the lack of ethics in the public service, even as News24 revealed that a KwaZulu-Natal government employee was allegedly among those behind the murder of public servant and whistle-blower Babita Deokaran.

He absconded from his post as a general worker in March and had been receiving his salary, courtesy of the taxpayer, even as he allegedly helped to plot and carry out the killing of the 53-year-old mother.

This illustrates that the problem is deeper than simply a lack of ethics — it is directly linked to the lack of consequences for wrongdoing.

Admitting mistakes and apologising for them in perpetuity just illustrates that you don’t have what it takes to fix the problem. If that is the backdrop, is it any wonder that any assurances that Ramaphosa gives on "ending" corruption inevitably ring hollow?

TOM EATON: At least the ANC is getting to the church on time to buy votes