Champagne has become increasingly popular in SA. Sarah Buitendach jetted abroad for a launch of the best of the best

Walking along the promenade at sunrise in Ballito recently, I glanced up at one of the complexes littering the beach coast town and spotted the signs of an excellent night before: a balcony vacant, save two Adirondack chairs, some glasses, an ice bucket and an empty, I hope, bottle of champagne.

Not two days before, back in Joburg, I’d watched two lovely young things celebrating a Friday afternoon at the Killarney Country Club, in the milky winter sun, over the same brand of fizz.

I’m no Champagne sleuth — but these incidents made me reflect on just how South Africans have embraced bubbles over the past few years. And by that, I mean the legit stuff — straight out of France’s Champagne region.

It’s a far cry from the sickly sweet, local copycat liquid South Africans were happy to imbibe in days of yore and isolation —– but thankfully, it seems, our tastes have grown up where bubbly is concerned. 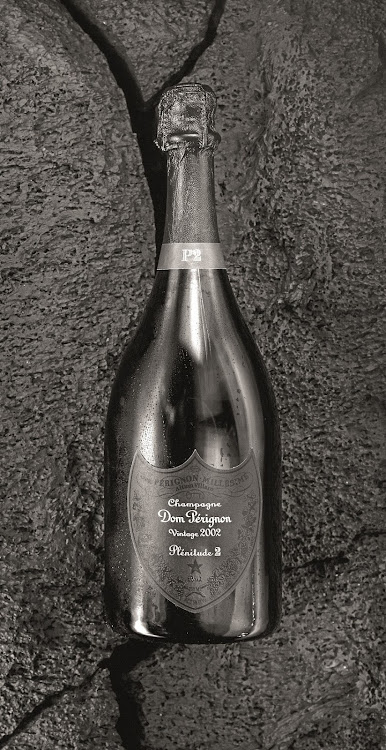 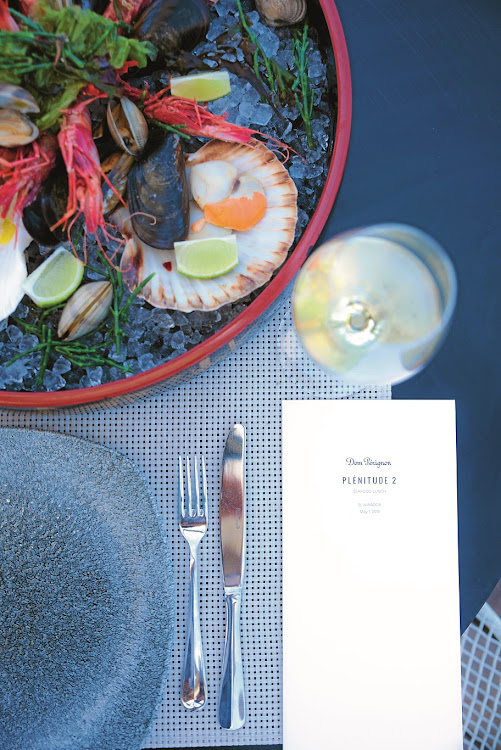 The official Champagne Bureau, Comité Champagne, said that "last year’s global total turnover for Champagne set a new record of close to €4.9bn (up 0.3% compared with 2017)". In SA, sales topped the million-bottle mark for the very first time, recording remarkable growth of 38.4%.

That’s a sizeable increase in one year, and probably accounts for the fact that I found myself straining to see the tip of a volcano out of an airplane window as we came into land in Tenerife recently. I’d popped into the Spanish island, located roughly off the coast of Morocco, for the launch of a Champagne (as one does). And not just any kind. This was for the big one, the Champagne the whole world knows to be the apex of the stuff — Dom Pérignon, and its new, exceedingly rare Plénitude 2 (P2), specifically.

Dom Pérignon was the first-ever Prestige Cuvée. Launched in 1936, what the house releases is vintage — and vintage only. This means that all the grapes used in a particular batch of the bubbly are harvested in the same year and they never make wines in weak years. But why the big fuss about P2? There are three different phases of Dom Pérignon — each defined by when they are disgorged. Disgorgement, for us lay people, is an important part of Champagne making. It involves the removal of the sediment from each bottle at the end of the ageing process.

In the world of Dom Pérignon, its first release of a vintage is one of where disgorgement is done after six years of ageing; the P2 that we were there to celebrate was disgorged after 12 to 16 years. Its P3 is defined by disgorgement at 20 to 30 years.

SA is a small Champagne market when compared with, say, the UK — but that didn’t mean we weren’t going to get the full Dom Pérignon treatment. Or rather, I wasn’t. 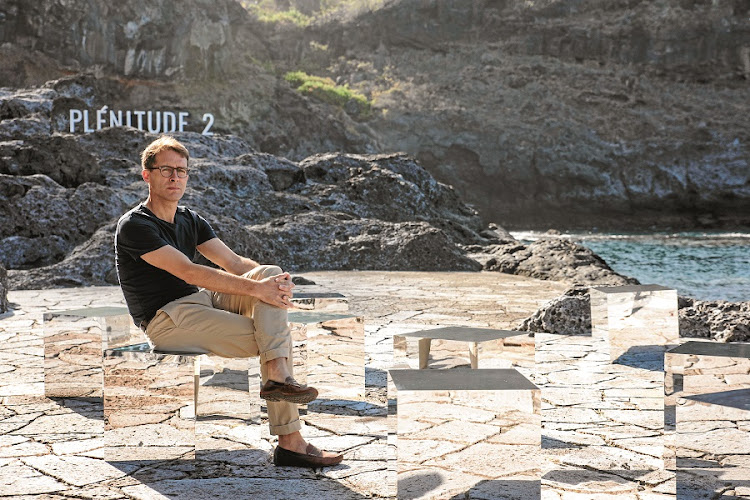 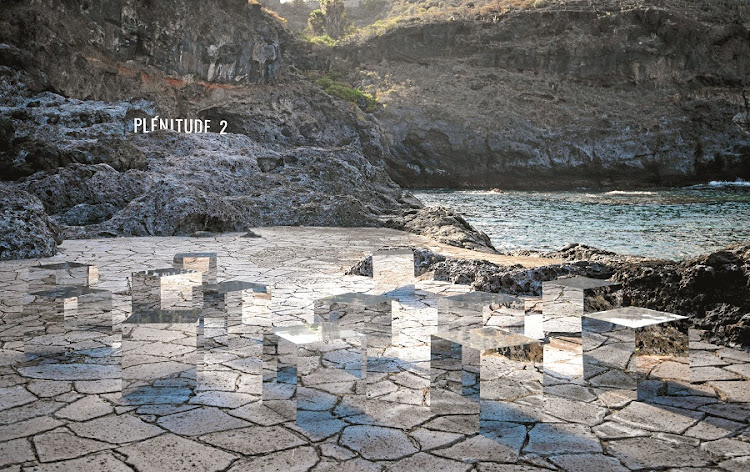 Tenerife is tourist central — a warm playground for Europe (it’s a four-hour flight from Frankfurt, for example), with hotels and apartment blocks packed tightly up against each other and the beach. In between the cascading developments are charming little enclaves, where locals live, where bougainvilleas tumble over walls, palms pepper dry red earth and bananas grow in verdant, protected groves. It’s to one of these netted plantations that we head for the start of our little adventure.

It’s hot and humid wandering between the paths of towering bananas and undergrowth of tropical crotons at midday, and frankly we’re wondering what we’re doing there — when bam! We turn the corner and there it is. A long lunch table, set with silver and strelitzias, tucked into a banana grove. The Italian journalists are seated already (frankly, they have to be the most casually stylish group I have ever seen. All great tans, understated jewellery and low-key kit that obviously costs a small fortune). Also hovering are our waiters and bottles and bottles of P2. Ready to be uncorked.

And then, just like that, Dom Pérignon chef de cave Vincent Chaperon arrives. The slight, devastatingly handsome (I’m showing my cards here) and charming Frenchman is the man behind it all. P2 is his first release in the top job — having taken over from former boss Richard Geoffroy in 2018. He talks of the Champagne as if it’s his high-achieving offspring. And then we taste it.

Chaperon explains that in the case of P2, in 2002 after a mild winter, a warm, dry spring and a sunny beginning to the summer, there was a rainy period in August. A warm and bright September then took over. These growing conditions were key to creating the maturity that defines the particular vintage we’ve got in front of us. For the team producing it, it was essential to risk going all the way to the full potential of this maturity, whose richness in sugar proved to be the highest in the past 20 years. They also had to be bold enough to imagine that maturation in the cellars would temper the untamed character.

Seventeen years later, and they nailed it — it has gained depth while retaining all its freshness.

Now, I’ve had a few stellar drinks in my life, but this floors me. It is incandescently light, it is balanced and, frankly, beautiful. I imagine it’s going to go straight to my head in the heat, but it doesn’t. Which, I think, is a mark of something incredibly refined. And just as well, given that as soon as we get back from our protracted lunch in the sun, we’re told to don our winter gear and get ready for dinner.

On the way to our evening destination, I chat to a dapper gent who’s one of the brand’s largest British customers. He’s in property. I see why he’d be giving Dom Pérignon to customers. It is 100% the stuff of big life celebrations. Of milestones, of happiness and of incredibly special meals. It is also, I know, the stuff that oligarchs and hip-hop stars down in clubs at 2am. I can’t imagine them even clocking what they’re drinking at that hour of the morning — it seems such a waste of something so special — but then, they can spend their billions however they wish.

Perhaps I’d been unsure of the point of Tenerife for the launch. Why not a vineyard in Champagne? Why bother with the schlep? But an hour into a precarious drive along increasingly jagged roads, winding ever higher up the mountain at the island’s centre, and it suddenly dawns on me — we’re almost at the top of a volcano, the 3,718m-high Mount Teide, and this is absolutely not what I expected. The landscape morphs completely. The air thins out and the terrain turns lunar. We’re surrounded by harsh, craggy overhangs and vistas of strange green-grey sand dunes. I pick up a piece of rock and it is pumice-like and weightless. At the top of the sleeping volcano is our destination, the Teide astronomical observatory.

In the shadow of the domed observatories and high above the clouds that blanket the shoreline far below, we experience P2 for a second time. Up here the air is startlingly thin and the temperatures glacially low. Little wonder then that Chaperon appears again and shepherds us into a gigantic (and warm) transparent dome. It’s here that we have dinner, paired with the Champagne of course, prepared by award-winning Spanish chef Paco Roncero. And then, a little giddy from indulgence, we are guided through a lesson on the night sky that we appear to be so close to in our bubble of bubbly. It’s proper bucket-list stuff.

I’ll remember the banana groves, the volcano, the star-gazing and the bubbly I drank on Tenerife for the rest of my life. And that, I suppose, is exactly the point.

*The writer was a guest of Dom Pérignon

Trump, a far remove from Kennedy, fans the flames of ...

Policing in the US: ‘If coronavirus doesn’t kill us, ...