TECH REVIEW: Fitbit Sense — a Covid detector on your wrist

The Fitbit Sense health smartwatch was borne out of the pandemic 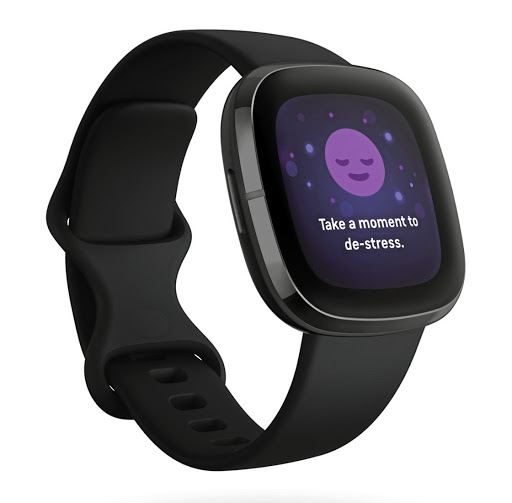 The Fitbit Sense health smartwatch was borne out of the pandemic. Fitbit claims it is a Covid detector on your wrist.

Fitbit says its study shows that breathing rate, resting heart rate and heart rate variability are useful metrics for indicating the onset of illness and are best tracked at night, when the body is at rest.

All of these features are on the Sense, which is identical to the Versa 3, except that the Sense has a unique electrodermal activity sensor, a sensor for skin temperature and an optical heart-rate sensor.

It features a 1.58-inch colour display and has one haptic button to the left. The straps have a new clip-on mechanism which means older Versa straps won’t be compatible with it.

The electrodermal sensor lets you measure stress levels, with a score breakdown available through a Fitbit premium subscription. The higher the score, the fewer signs of stress. I rarely stress, so my scores were between 76 and 91; however, on the day I made a U-turn on the highway to avoid a truck protest and was forced to reroute through an unfamiliar area, my stress levels measured 59.

The blood oxygen saturation (SpO²) reading works with one specific watch face, unfortunately. My readings were between 95% and 98% and it once gave me a reading of 94%; my doctor says it should be above 95%.

During a 14-day test window, my SpO² readings did not work on four separate days. It simply said: "Couldn’t read SpO²."

The Sense has a built-in GPS so you can run without a smartphone, and has Alexa voice support. It shares some features of the Versa 2, like Fitbit Pay.

Unless you are a stressed-out individual who wants to actively manage that stress, I recommend the cheaper Versa 3. Health readings should be treated like a guideline; always chat to a GP first.

The Sense is R7,999 and comes with a free six-month Fitbit premium subscription for new premium users.

The revamped app provides a lot of data even though the user may not always know what to do with that information. The Versa 3 costs R5,699.

The Charge 4 is its first device with built-in GPS tracking, which was previously available only on select smartwatches
News & Fox
10 months ago

It is aimed at marathon runners to cushion the feet, provide more energy with every step, is lightweight and offers data-driven coaching
News & Fox
9 months ago

TECH REVIEW: Ring Stick Up Cam rules them all

TECH REVIEW: Samsung in a Galaxy of its own

TECH REVIEW: Ring Stick Up Cam rules them all

TECH REVIEW: Samsung in a Galaxy of its own