As a two-in-one it offers various modes for creatives and professionals; it’s easy to adjust to cloud-based apps and is an excellent portable ‘desktop’ 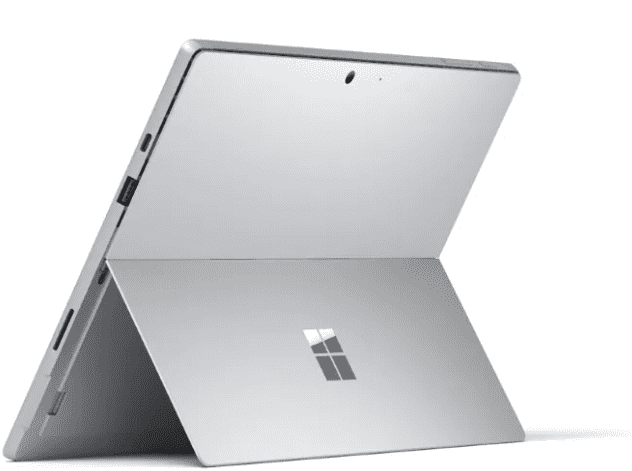 Microsoft has brought its hardware to SA, eight years after its initial release in the US. The Surface is available in a limited range: the Surface Laptop 3 and the Surface Pro 7, a two-in-one device that we’re testing. Accessories include a mouse, stylus, keyboard cover and dongles.

The 12.3-inch Surface Pro 7 tablet is well built, looks good in matte grey and sports the Microsoft logo in a mirror finish. We were supplied with the Surface Pro Type Cover — a magnetic keyboard attachment that transforms the tablet into a laptop, and protects the screen when folded — and the Surface Pen stylus.

The two-in-one device, with the keyboard clipped on, weighs around 1kg, so it’s easy to carry around. It’s slim enough to fit into a regular bag and convenient for travel or working from anywhere.

Despite this being a touch-screen device with an on-screen keyboard, I preferred using the keyboard attachment propped up by its kickstand. Had I been travelling, tablet mode would have sufficed.

Microsoft has become a services company over the years and that helps someone like me who works primarily on macOS. Microsoft’s software makes it easy to switch devices and I was able to pick up where I left off on my Mac because of cloud access. 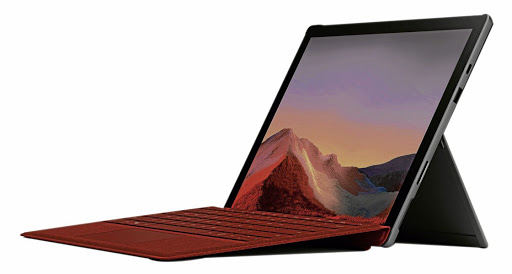 Changes to Word documents are in real time with AutoSave on Microsoft’s OneDrive, which comes with 1TB of storage if you have Microsoft 365 access (previously called Office 365). It’s great to be OS agnostic and switch seamlessly between Windows and Mac.

What sets the Surface Pro 7 apart from other tablets is its operating system. It runs Windows 10, an actual desktop OS, as opposed to other tablets that still run a mobile OS. For me, that is a game-changer because I can be productive on the go, for example, editing Excel documents.

The Surface Pro 7 we have is powered by Intel’s 10th-generation Core i5 processor, 8GB of RAM and 256GB storage. It has a 3.5mm audio jack, USB-C and USB-A ports, Wi-Fi and Bluetooth. There is no Ethernet port or SIM slot.

The battery lasts six hours, which is average, but not great. However, standby mode is good; you don’t lose a lot of power while it’s sleeping.

As a two-in-one it offers various modes for creatives and professionals; it’s easy to adjust to cloud-based apps and is an excellent portable "desktop". All these conveniences come at a high price of R26,999. The keyboard cover is R3,399 and the stylus is R1,999.

The Elite Dragonfly is touted as the world’s lightest compact convertible laptop. With a weight of just 0.99kg, it is its main claim to fame
News & Fox
8 months ago

TECH REVIEW: A laptop for millennials