After years-long battles to ban face coverings in public, several countries have now ruled that masks are mandatory, to combat Covid-19 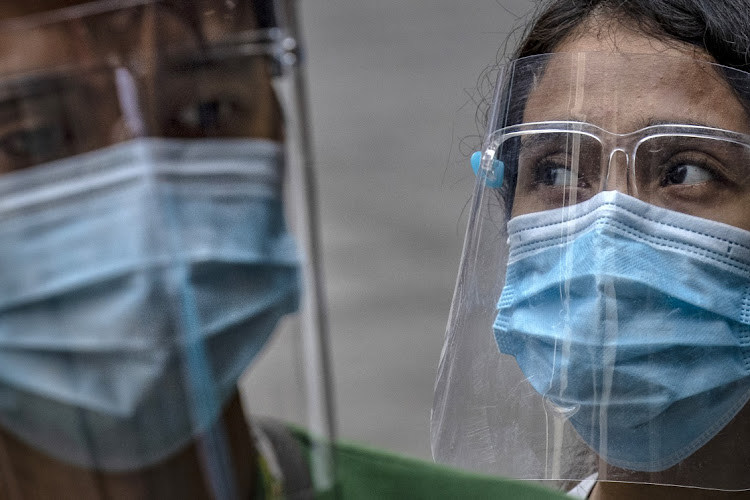 The mandatory wearing of masks in public raises intriguing questions around privacy, profiling, security, and even faith and identity.

Countries such as France and Belgium have fought bitter cultural battles for more than a decade over attempts to ban Muslim women from covering their faces in public. While the hijab headscarf is usually unrestricted, veils that cover the face partially or entirely have been outlawed.

However, those who wear veils say these are not just expressions of faith and modesty; they also allow for freedom of movement safe from prying eyes, and are demonstrations of social identity.

Though French lawmakers tried to take any prejudicial edge off by ensuring the ban applied to all forms of face coverings, from winter-warming balaclavas to motorcyclists’ windbreakers, the ban — instituted in 2011 — is widely seen as Islamophobic.

France’s example was followed by neighbour Belgium, then rapidly by a patchwork of others. Denmark, the Netherlands, Austria, Latvia, Bulgaria and Tajikistan all imposed national bans on masks in public places, while Spain, Germany, Italy, Russia, China, Niger, Cameroon and Malaysia apply bans in particular regions or cities. In Quebec and Turkey, public officials are barred from covering their faces.

Now, confronted with Covid-19, several of these countries have ruled that masks must be worn in public to limit the spread of the virus.

It’s an irony that has not been lost on political commentators, ethics professors and civil liberties activists. Marco Perolini, writing for Amnesty International, says the pandemic has disrupted conventions on face coverings.

"Policymakers must use this opportunity to scrap laws prohibiting the wearing of full-face veils and blanket bans on wearing face masks in protests," he writes. The ridiculous alternative is "requiring people to wear face masks to fight against Covid-19 and, at the same time, fining women for wearing full-face veils or protesters [for] covering their faces".

Prior to Covid, security concerns around the use of masks had resulted in them being outlawed in jurisdictions including Hong Kong and France. But Perolini believes "masks are essential for protesting in places where there are very legitimate concerns about the use of facial recognition technology. Protecting public order does not justify a blanket ban on face masks in any protest."

In any case, face coverings no longer guarantee anonymity. Facial recognition technology has advanced to the point where, once a person’s full face has been scanned, cameras may still be able to identify them if they later wear veils, masks or face shields.

It raises thorny issues around privacy, and is particularly salient given the proliferation of security cameras — an estimated 16,000 — put up on street poles around Joburg.

As Jannie Erasmus, the GM of video and surveillance at Centurion cybersecurity company NEC XON, said at the recent Sovereign Security Conference, facial recognition technology has to be compliant with the Protection of Personal Information Act, which came into effect on July 1. But it should also be grounded in human rights, such as privacy, and be nonintrusive and nondiscriminatory.

The pandemic might offer SA the chance to ensure that its approach to security, protest and culture is grounded in this way.

A move to modesty

At the same time as some states have clamped down on face veils, “modest fashion” inspired by various cultural-religious traditions has been on the rise.

Even Forbes took notice, writing that luxury brands such as “DKNY, Tommy Hilfiger, Oscar de la Renta … have produced special collections for the Ramadan holiday … In January, Dolce & Gabbana released a collection of hijabs and abayas.”

This shift has not been driven by fashionista fancy, but largely by the dramatic emergence of wealthy Muslim youth. As Harriet Sherwood writes in The Guardian: “Muslim minorities in Britain, Europe and North America are young, affluent and growing … the Muslim pound, like the pink pound before it, will force soft cultural change by means of hard economics.”

Modest fashion appeals to conservative Christians and other traditionalists too, but it was tech-savvy young bloggers of “Generation M” — the almost one-third of the world’s 1.8bn Muslim population aged 15-29 — who over the past few years have ensured that modest fashion lit up haute couture’s radar.

In SA, My Online Souk, founded in 2013 by Sabeena Khonat, showcases modest styles in everything from swimwear to corporate dress. Jehan Ara Khonat, sister and partner of Sabeena, tells the FM the core of the firm’s client base is women aged 25-35 — and it’s growing beyond the Muslim community, “appealing to every type of modest dresser”.

On the local front, Jehan Ara Khonat says talents such as fashion bloggers Nabilah Kariem and Fashion Breed’s Aqeelah Harron-Ally “inspire me [in] creative ways to look great without compromising [my] values”.

One reason for the rise of the anti-maskers is the fact that this, a scientific response to a medical problem, has been hijacked by politicians, for ...
Opinion
9 months ago
Next Article

More weight added to advocates for masks on aeroplanes

An airborne virus is a threat worth taking seriously

DESNÉ MASIE: The transatlantic myth of the ‘liberal’ mask

More weight added to advocates for masks on aeroplanes

An airborne virus is a threat worth taking seriously

DESNÉ MASIE: The transatlantic myth of the ‘liberal’ mask