The most recent official short-term predictive model was released on June 12 and doesn’t predict the use of beds after July 13. The current long-term model is dated May 6. During a fast-moving pandemic, that’s far too dated to be useful 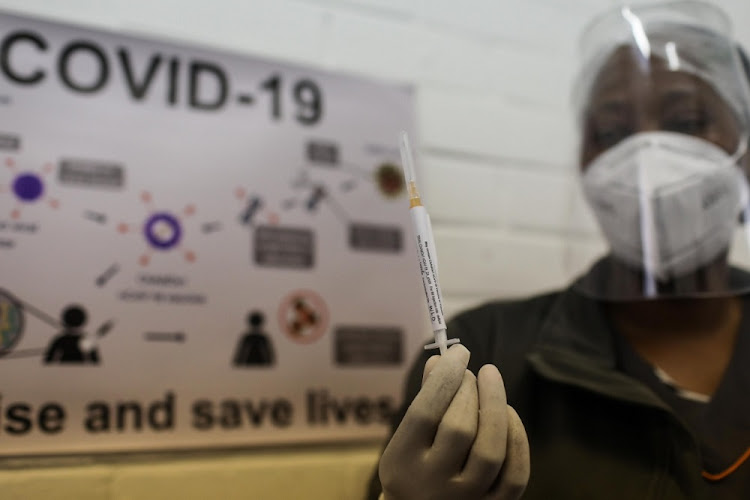 Being an official Covid-19 modelling expert can’t be easy. Especially when you have to read letters in the press offering to help you get your predictions right.

Last week, the Pandemic-Data Analysis (Panda) group wrote a scathing letter to the SA Covid-19 Modelling Consortium that was published on News24. It suggested the consortium reconsider its methods, as its official model “has now departed too far from reality to be useful”.

Leaving aside the tone, it must have irked the university-employed epidemiologists to read criticism about their fatality projections from a bunch of actuaries, statisticians and economists.

But there are two reasons why they should care.

First, actuaries do real-world modelling for the insurance industry, which relies on them getting death predictions right most of the time. Second, Panda predicted the peak in the Western Cape correctly.

By contrast, the official model for that province predicted that the need for hospital beds would be between five and 16 times higher than it actually was. And its predictions for Gauteng have, thus far, also proved too gloomy, with hospitals now only 57% full.

The FM asked the National Institute for Communicable Diseases (NICD), which is leading the official modelling consortium, for an answer to Panda’s letter last week. The NICD’s Prof Harry Moultrie says the consortium will be responding to Panda.

Panda has plenty of critics. It is often derided as too rude, too male and not part of the university epidemiology establishment. But few of the critics are debating its arguments.

Yet in some circles, Panda’s star is rising. It has been invited to speak to private doctors and the boards of JSE-listed companies.

Here is why Panda is proposing a much simpler way of predicting the SA fatalities.

If it’s wrong, fix it

The official consortium model incorrectly predicted the peak of the Western Cape in July or August. Mistakes are to be expected when academics are projecting the spread of a new disease. In May, those scientists repeatedly used the word “uncertainty” to describe the epidemic.

But with so much learnt globally about Covid-19 in the past two months, isn’t it time to adjust the models? Updating hypotheses is not unusual; it is the definition of what scientists do.

In May, one member of the official modelling consortium, Prof Juliet Pulliam, said the model would be updated as more data, including fatality figures, was released.

However, the most recent short-term predictive model was released on June 12 and doesn’t predict the use of beds after July 13. The current long-term model is dated May 6. During a fast-moving pandemic, that’s far too dated to be useful.

The May model, for example, predicted that by August 1, we’d have somewhere between 3,386 and 34,982 deaths. Surely we could have had a narrower prediction by now?

Peter Castleden, one of Panda’s actuaries, says these sorts of numbers aren’t much use when trying to plan hospital logistics or mortuary requirements.

“To err on the side of caution is appropriate in some circumstances, but when people’s lives and livelihoods are at stake and billions of unbudgeted funds are being spent, wouldn’t you expect a degree of certainty not displayed here?” he says.

While it’s likely that the official models have been updated internally since May, nothing has been made public. And less than a month ago, President Cyril Ramaphosa said the government was still expecting 40,000 to 50,000 deaths this year, based on the official model.

Moultrie tells the FM that the consortium will release a new model “when they are ready”.

He adds: “There remains considerable uncertainty in the trajectory of the Covid-19 epidemic in SA … models should not project more certainty than warranted.”

But in the absence of official projections, people are looking elsewhere for answers. For example, this model, updates its death predictions daily and it has consistently predicted there will be about 20,000-odd deaths by November.

Modelling provides a basis for lockdown

Even though predictions for a large number of deaths are looking increasingly unlikely, these are still the figures which the government could use in court to defend the economically ruinous lockdown.

Shayne Krige, a lawyer with Panda, says it helps the government to show a large number of deaths. “To establish that the lockdown regulations are rational, the government has to show, on an ongoing basis, that Covid presents a serious risk. And in order to show that the draconian lockdown measures the government adopted were proportionate to the harm, the number of people who could die needs to be high,” he says.

Panda has frequently argued that the lockdown is causing more deaths than Covid-19. And, it says: “We hold those producing these models personally accountable.”

Is it fit for purpose?

The official model, known as the susceptible-exposed-infected-recovered (Seir) model, assumes everyone is susceptible to a new disease and, if exposed, will become infected.

But this doesn’t reflect reality. And it leads to very high estimates of infections.

Seir models require plenty of data to work well. But with so many missed cases and deaths incorrectly recorded, the data just isn’t good enough to ensure these models are fit for purpose.

What exactly is the Gompertz function?

Since good data is in such short supply, Panda has proposed using a simpler model requiring less input data, called the Gompertz function.

This is far lower than the estimates released by the Actuarial Society of SA and official modellers, of around 48,000 deaths by year-end.

At its heart, it’s a simple statistical function used to describe large populations where growth of anything starts and ends slowly with a fast increase in between. It has been used for many things, including cellphone growth in a country.

And now, Panda is imploring the “better-resourced” official modellers to, at the least, “reconsider their projections in light of incoming data and failed hypotheses”.

“The Panda Gompertz function, the details of which have not been publicly released, forecasts reported Covid-19 deaths without including transmission dynamics or mechanisms,” he says.

However, given how wildly incorrect the official models have been, it’s unclear if they’d be any better at helping authorities allocate resources.

Maybe the next set of official models will be better. Though Moultrie’s statement that they will only be updated “when they are ready” provides no timeline.

Which is a pity: SA needs to know if the experts still believe 48,000 South Africans will die of Covid-19 this year.

The group wants the models to be examined to see whether the predictions they made about the potential number of deaths from the pandemic were ...
Features
10 months ago
Next Article