Consumers get R95m back in claims battle with insurers

Most Ombudsman for Short-Term Insurance complaints are resolved in favour of the insurers, so read your household and motor vehicle policies closely 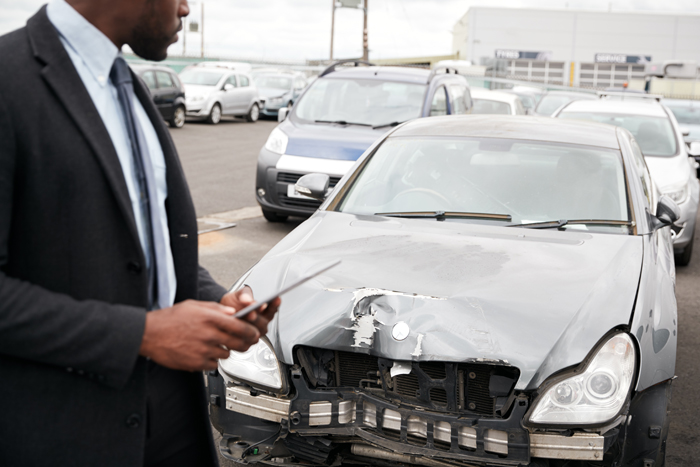 Dissatisfaction with settlement values is at the heart of most motor vehicle complaints, with credit shortfalls on vehicle loans a dominant issue. Picture: 123RF/CATHY YUELET

The office of the Ombudsman for Short-Term Insurance (OSTI) put R95m into the pockets of insured consumers last year, despite finding in favour of insurers in most cases.

The OSTI’s 2019 annual report, released on Wednesday, shows that the ombud received 10,367 complaints in the year under review — the highest number in five years — and closed 9,167, which is about 300 less than the previous year.

Most complaints (49%) received last year related to motor vehicle claims, followed by complaints about homeowners/building claims (20%), commercial claims (8%), and household contents claims (6%). The remaining 17% of complaints were not claim-related or related to other types of cover, such as travel insurance, all risks, mobile device cover, or hospital and medical gap cover.

Of the 4,492 complaints relating to motor vehicle claims, 73% were for damage following an accident. Complaints about warranty and mechanical breakdown comprised 8%, with complaints about theft and hijack claims also comprising 8%.

The annual report says dissatisfaction with settlement values was at the heart of most motor vehicle complaints, and that credit shortfalls on vehicle loans and uninsured accessories were dominant issues. A credit shortfall occurs when there is a gap between your vehicle’s insured value (covered under comprehensive car insurance) and the amount you owe on your vehicle loan to a finance house.

As it’s not easy for insurers to acquire new clients, your insurer is likely to want to keep you as a client, so use your negotiating power

Standard, comprehensive motor vehicle insurance will not necessarily cover the total amount you owe your bank for a vehicle that has been financed, according to the annual report.

Should your vehicle be stolen or written off in an accident, the credit shortfall can be crippling because you’re left owing money on the vehicle. You must ensure your policy includes cover for the credit shortfall and any accessories you have been added to the insured motor vehicle, particularly if they are also financed, the OSTI advises. This cover is usually offered at an additional premium and administered under the insurers’ terms, conditions and exclusions.

Last year, 19% of disputes over motor vehicle claims were resolved in favour of consumers, and the OSTI recovered R47.7m for those who lodged the  claims.

The OSTI considered 1,843 complaints about homeowners’ insurance claims. Most of these related to claims for damage caused by storms. The annual report says 30% of these claims were rejected on the basis that wear and tear, gradual deterioration and lack of building maintenance was the most likely or proximate cause of the damage. This reason for rejecting claims is the main basis for consumer dissatisfaction with their homeowner’s insurance, the report states.

If the damage for which you claim is attributed to the poor condition of the property, the policy may not respond, even if an insured event did occur, the ombudsman’s report says.

Edite Teixeira-Mckinon, CEO at the OSTI, says that as a consumer you need to understand your cover and to realise that it’s not for every kind of damage, no matter the cause.

“A lot of these policies are taken out when consumers obtain their bond and don’t apply their minds to the policy. It’s an area in which insurers can do more work. When you go to a direct insurer, they tend to disclose more than those who hand you a pack of documents to sign, and you don’t look at the insurance policy until you have a claim.”

She says a common example is that of a poorly maintained roof, whether it has missing or cracked tiles, or is a corrugated iron roof with screws that have shifted, or sealant that has perished, the homeowner has a duty to maintain it.

In general, the OSTI bases its assessment in these cases on information contained in expert reports and photographs submitted by the parties. The report notes that the burden of proof lies with the insurer if it rejects a claim based on an exclusion in the policy and the insurer must establish “a causal connection” between the condition of the property and the damage.

Another big cause for complaints about rejected claims was insurers stating that there was no insured event. Your insurer is only liable if the claim made falls within the scope of the cover it provides. In other words, the cause of the damage must be an insured event listed in your policy’s terms and conditions. Here, the burden of proof is on you — you must provide evidence and demonstrate that the cause of the loss was an insured event.

Only 15% of homeowner’s insurance complaints were resolved in favour of consumers, and the ombud recovered R14.6m for these consumers.

Theft and burglary claims comprised 67% of complaints on household contents cover considered by the OSTI — a 4% decline compared to last year’s figure, according to the annual report.

The calculation of claim settlements was the primary cause for complaints, as in the previous year. The disputes mainly related to issues of under-insurance, replacement values and proof of ownership of the items claimed.

The second cause of complaints was insurers rejecting claims because their underwriting criteria for the insured event were not met. Examples of this are when an insurer says you must have certain minimum security measures, such as a burglar alarm with armed response, burglar bars and burglar gates, but you did not comply. The ombudsman advises that you review your policy documents and ensure you comply with your insurer’s conditions of cover.

Teixeira-Mckinon says cover for damage caused by a power surge used to be quite common but many insurers removed this cover when they realised claims were increasing due to load-shedding. She says that now, if you want this type of cover, you need to ask for it and be prepared to pay an additional premium for it.

Since it’s not easy for insurers to acquire new clients, your insurer is likely to want to keep you as a client, so use your negotiating power, she says.

The annual report states that only 18% of household contents insurance disputes were resolved in favour of consumers, with the OSTI recovering R2.9m for these consumers.

Burnt by the dreaded 'average' clause

If money is tight and you cannot pay your short-term insurance premiums, downscale rather than lose your cover
Money
1 year ago
Next Article

How to ... Cope after being retrenched

What to do when you’ve had a pay cut

How to ... Cope after being retrenched

What to do when you’ve had a pay cut